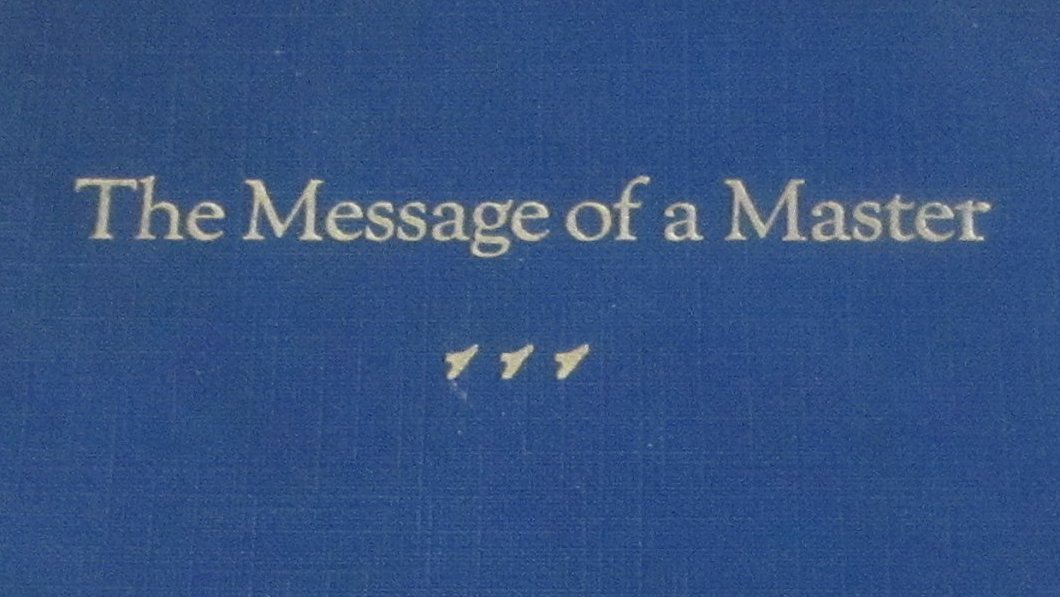 Note: This is Part #3 of on-going research into the identity of the Ethiopian rabbi Abdullah who Neville Goddard studied with for seven years in the 1930s in New York City.

Neville’s friend the Catholic priest David ( who lost two million on Wall Street), who introduced Neville to Abdullah in comparison to John McDonald’s “Message from a Master” David B_ who also lost his money on Wall Street, both around 1929.

Who is David Who Introduced Neville to Abdullah?

Due to the parallels I see in the description of their situation, I have been wondering whether this is the same Dave [David Bentley] as mentioned in John McDonald’s book, The Message of a Master (1929)

So following this find in Neville’s lecture “Who Are the Condemned?”

“And the reason why I was late, the man who suggested to me that I should go there to hear him was a man that I didn’t trust at all. He went to Fordham University in the hopes of becoming a priest and he flunked in his third year. His father was a rumrunner in the days of prohibition, and died and left him an estate, the only child, of two million dollars. And he proceeded to lose the entire two million in the first year on Wall Street. So I had no confidence in his ability to do anything. So when he told me he met a man that I really must hear, I postponed and postponed and postponed the going. And one day I ran out of excuses, and it was a Sunday evening, and he said, “Now you have no more excuses. I know you have no dates, so come with me.” So I accepted. Ab was just about to start when I went through the door and so I took the first chair, not to disturb the twenty who were present. Ab was sitting in a huge, big chair, and he came right over, called me by my name, he said, “Neville, you are late, you’re six months late.” So I was stunned. The man knew my name and could tell me that I was six months late. And it was about six months before that that David, his name was David ___(??), asked me to come and hear a man called Abdullah. And from that day on I never failed, I was with Ab daily. ___(??) but I can’t, I have to pay rent here. But he would never take a dollar from me.”

From a “Lesson in Scripture”

“I was late because the one who told me of Abdullah was a Catholic priest. I loved him dearly, but I thought he was almost a moron. His father, a rumrunner in the days of prohibition, left him two million dollars, which he proceeded to lose on Wall Street the first year. The only wonderful thing he did was to take the last $15,000 and give it to a Catholic organisation to care for his mother the rest of her earthly days. So, having no respect for his judgment, when he told me about Abdullah I postponed going to hear him until one day I could find no excuse. When Ab called me by name I said: I dont know you and he replied: Oh yes you do, but you have forgotten. We were together in China thousands of years ago, but you promised to completely forget in order to play the part you must play now.”

I can’t find the audio lecture yet, it is unfortunate that David’s last name was inaudible. (maybe some revision was going on)

What We Know About Neville’s David:

1. He was a Catholic priest

2. He went to Fordham University and flunked in his third year

3. He inherited two million and lost it on Wall Street.

4. Neville thought he was a moron.

The Message of a Master (1929) by John McDonald

The Message of a Master is a thrilling, gripping account of one who kept persistently seeking the Law of Life, which he instinctively knew to exist and to be capable of being applied in our everyday human affairs, and his discovery and meeting with a Master – one of those great teachers who have so developed their powers that they are able to control all conditions affecting their individual welfare – and the wonderful results that followed his course of instruction with this great teacher.

Is David B__ the Same David of Neville’s?

Take into consideration this is 1929, the same year Neville met Abdullah. Is David B__ in Message from a Master the same David who introduced Neville to Abdullah?

In Chapter I, the author mentions a David B who the story is about:

Sitting there in deep thought in an effort to discover a way out, I was aroused by the telephone bell. Placing the receiver to my ear I was startled at hearing the familiar voice of my old friend, David B___. It required no great stretch of the imagination to believe it a voice from the dead, for less than a month before he had left for Europe on the urgent advice of his physician to take an ocean voyage, preferably, but get away somewhere, in the hope that a change would effect an improvement in his condition, which was a serious breakdown, due to worry over conditions which, strangely, were similar to what I was now experiencing.

As he spoke, his voice carried such striking power and feeling that I was reminded of my last impression of Dave as we sorrowfully parted with him, a miserable shadow of his former self, and we questioned as to whether we would ever see him again.

He mentions how he lost all his wealth and met a Master:

“Oh, don’t think I’m crazy. Wait until you hear my story.” Feigning a laugh to cover my serious curiosity, I remarked that he must have stumbled over some newfangled religion. To which he replied, “On the contrary, it concerns no religion of any kind or of anybody. You see, I met a Master. A wonderful man who has so developed his powers that he can do anything, and he taught me a secret that no price could ever buy. You know that I lost my health and I lost my wealth.

David returned to work in the “market” [Wall Street]

There was nothing for me to do now but settle down as best I could to impatiently waiting and hoping while he immediately plunged into his former occupation, that of operating in the market. Because of his secretiveness, we knew little of his affairs, although we met him a few times at the club. On such occasions, none of use seemed to have the courage to question him regarding himself and he talked on every subject but that. However, it was but a short time until his activities reached such proportions that he was compelled to carry on his operations to some extent through a few of his close friends, including myself. It was then that I learned in part the magnitude of them.

What We Know About McDonald’s David B

2. He lost money on Wall Street (in the markets)

3. He had a nervous breakdown.

4. He became wealthy again after meeting the Master and learning the Law

Description of the “Master” by Tom

The author or the protagonist of Meeting with a Master “Tom” finally meets David’s master, this is the description

Sitting there in a deserted corner at that hour in the early morning my feelings suddenly changed from utter despondency to joyous elation. Somehow I knew that my search was at an end and while pondering over this I became possessed of a sense of some presence behind me. Immediately, a hand touched my shoulder. I arose, turned, and there before me, I looked into the most magnificent face that I have ever seen. And the eyes! They sparkled like jewels. And a voice said, “Are you looking for me?” I merely answered, “I am,” for I knew it was he.

“I shall never forget the parting instructions that he gave me. In a manner like a parent with a child, he said, ‘You are indeed a fortunate man. Just think of the millions of gifted, highly talented people, many blessed with rare qualities for success and leadership whose achievements would mean so much to their fellow men and happiness and contentment to themselves and their families who do not know what you know. But who go on striving and straining, wasting their precious life force, only to find themselves dissatisfied, discouraged, disheartened, crushed, as you once were, yet spurred on by that divine spark, that irresistible urge within by which they instinctively realize that there is a way but which they, in their ignorance, misinterpret and consequently find themselves failures after years of despairing effort.

“I realize that you have come here because of your faith in me and that you look upon me somewhat as an exalted personality. But in order that you may gain the greatest benefit from these teachings I will ask that you wipe out any impression that you may have of me as a personality. I assure you that I am worthy of no honor or homage. I am just a human-like yourself. I am not a superior being. Rather, I am a humble being, thankful for the knowledge that I have gained. I made no discoveries. I received these instructions in much the same manner that I am about to give them to you.

“You will find no difficulty in putting these principles into practice in your everyday affairs. They are as available to you as to me, for this great Law is no respecter of persons. It is the highest and most effective possible in worldly affairs and is well worth learning, for its practice results in a life that is well worth living.

All of the PDFs of the book were missing Chapter X, so I went to Hathi Trust found a scan and typed out Chapter X.

Both World Cat and Hathi Trust attribute this book to John McDonald, born in 1889, there are many (possibly erroneous) references online that attribute this to another J. McDonald born in 1906 (writer for FORTUNE Magazine) which may be in error.