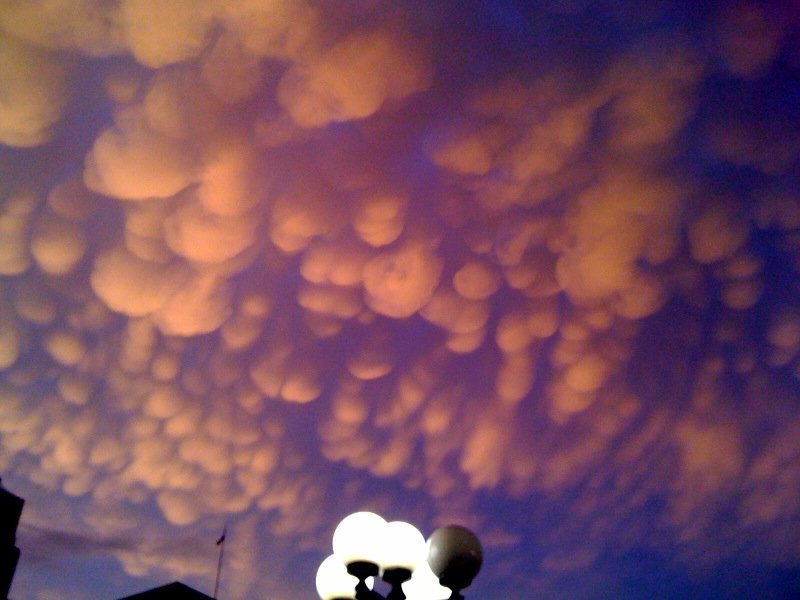 These very strange cloud formations suddenly appeared in the sky around 8:30 p.m. when the sun was setting in Union Square Park in NYC today.

Moments before their appearance, people were casually sitting on the steps of the park entrance and carrying on as most New Yorkers do. Suddenly, there were sounds of gasps and one by one people held their cell phones up to the sky to photograph this strange occurrence.

These weren’t the famed chemtrails, neither the Lenticular clouds that are mistaken for UFO’s or the wispy metaphysical Sylphs often spoken about in spiritual circles.

These clouds weren’t even similar to the new “Asperatus” clouds seen all over the world which the Royal Meteorological Society are trying to officially add to a new cloud category (an event of which hasn’t occurred since 1951.)

It is interesting that these clouds appeared a few days after an interesting article appeared in Associated Press by Michael Crumb mentioning the woman in Des Moines, Iowa who photographed the apparently new formation in 2006.

Even if they turn out to be just a play of wind and light; the sight of them made quite a few New Yorkers stop their frantic pace, take their eyes off their Blackberry’s and raise them up to photograph this magnificent sky. 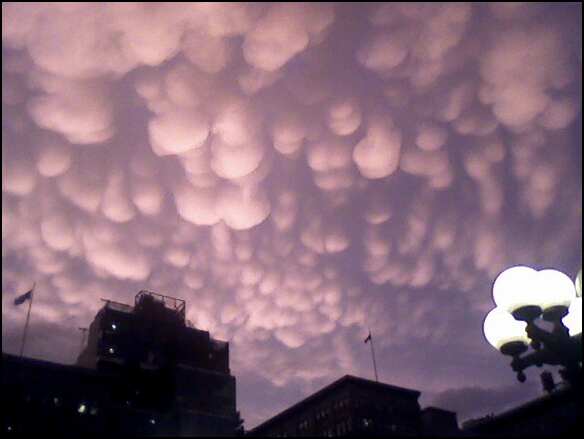 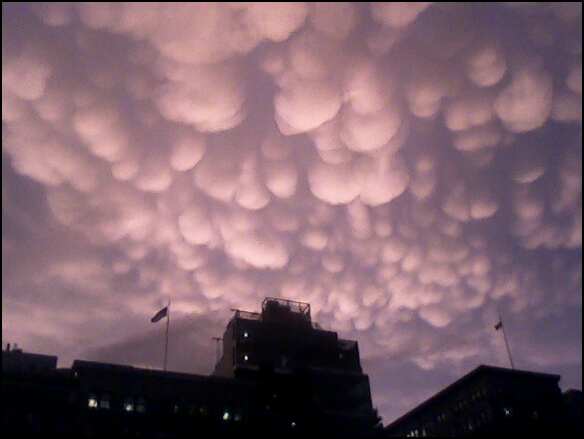