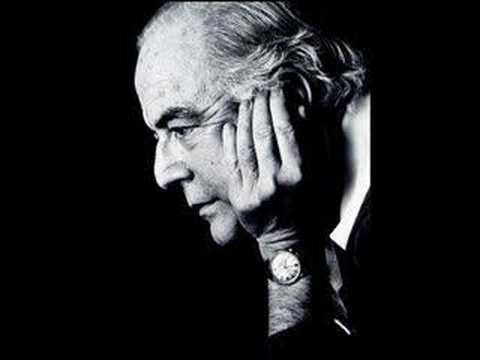 According to a study conducted at the Montreal Neurological Institute and Hospital of McGill University (MNI), listening to music we love stimulates production of the pleasure chemical, dopamine, in our brain

Music appears to have no biological/survival value and unlike other more physically rewarding stimuli like food, sex and drugs, is considered one of the most valued of human pleasures across all human societies. Why do we love music?

Research over the years has shown that listening to music (especially music that gives a person “chills? or “shivers-down-the-spine?) does involve the same pleasure/reward centers of our brains like chocolate and sex. Songs like Barber’s Adagio for Strings and Beethoven’s 9th Symphony- Mov.2 have been proven to lead to dopamine (pleasure chemicals) release in the brain. (Source)

The studies also revealed that our brains release even more dopamine in the space of time before the actual “chills?. The anticipation of this future reward floods our bodies with even more pleasure-inducing chemicals.

“When people listen to a piece of music they have never heard before, activity in one brain region can reliably and consistently predict whether they will like or buy it,” lead investigator Dr. Valorie Salimpoor said in an interview with Science Daily. “This is the nucleus accumbens, which is involved in forming expectations that may be rewarding.

“Whether you’re rocking out to Britney Spears or soaking up Beethoven’s classics, you may be enjoying music because it stimulates a guessing game in your brain.? (Source)

These researchers have pin-pointed this bunch of blueberry-sized neurons called the nucleus acumens which is in the brain’s reward center and interacts with three other regions of the brain. The researchers MRI scans showed one region looks for patterns, another compares new songs to sounds heard before, and the third checks for emotional ties.

Valorie Salimpoor, who is now at the Baycrest Rotman Research Institute in Toronto and Robert Zatorre of the Montreal Neurological Institute at McGill University both say that our brains work overtime when listening to new songs and rush to make sense of it and anticipate what will come next. Even if our brains make a wrong prediction and get a musical surprise, we still get a jolt of pleasure.

Though music theorists have hypothesized that simple sounds put together in complex patterns engages the mind in play, this is the first time the theory has been backed up by proven neurobiology.

In the study, 19 people listened to music clips in an fMRI machine and at the end they could choose to buy the clip with their own money if they liked the song. In a system similar to iTunes, researchers asked if they would be willing to pay $0.99, $1.29 or $2.

“Then researchers compared brain scans of participants who bid different amounts on songs. Amid the bustle of activity in the brain, the nucleus accumbens leapt to life when people heard songs they wanted to purchase. The more money people chose to spend, the livelier their nucleus accumbens was while listening.?

The results tap into the fundamental ways our brains deal with sound, says auditory neuroscientist Nina Kraus of Northwestern University in Evanston, Ill. “The implications are rather enormous,? she says. The work could help scientists better understand how humans decipher other complex sounds, such as speech.

It appears the key to good music isn’t just a repetitive pattern but sounds that engage this “guessing game?. A combination of repetitive refrains we can “guess right?, a few anticipatory “shivers-down-the-spine? moments and a musical surprise we guess wrong… make a hit song.

Check out the playlist the researchers used in the study.