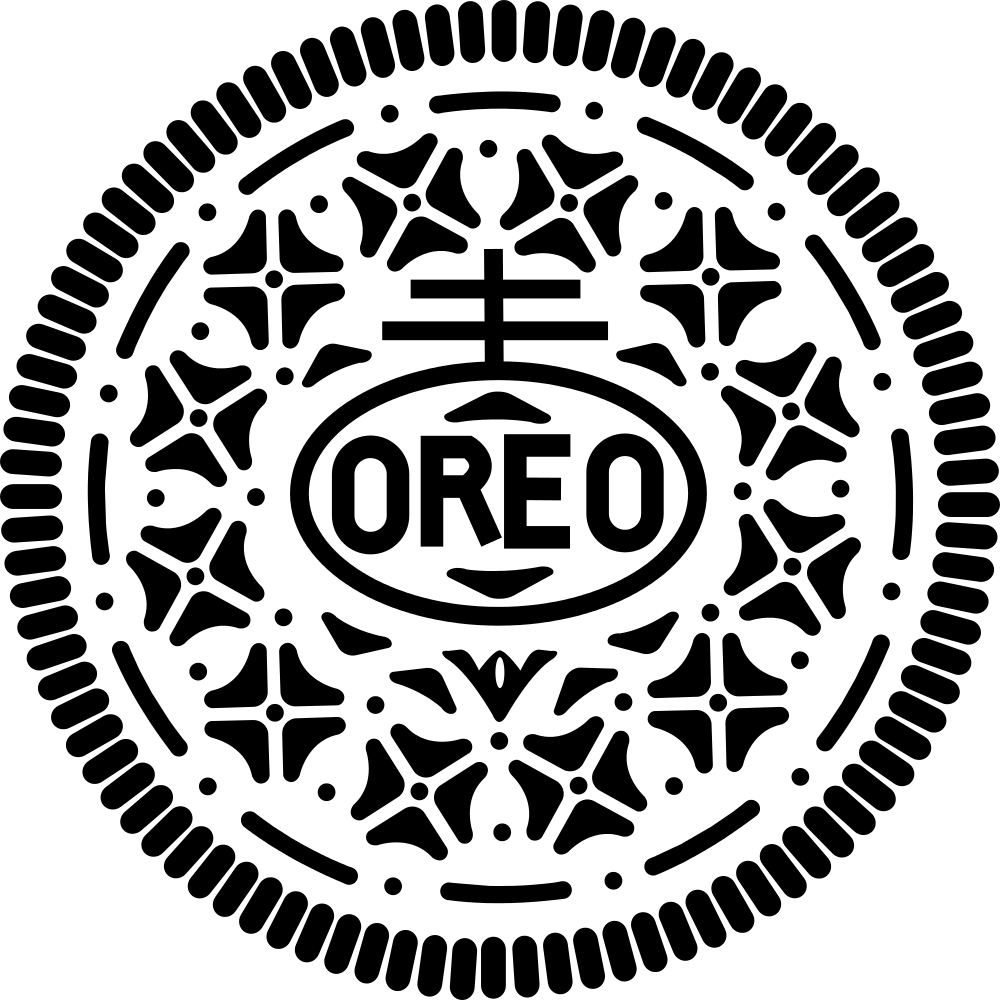 Oreo cookies were born in New York City in 1912 when a few bakeries combined to form the National Biscuit Company (Nabisco) and opened a factory in the Chelsea Market building on 9th Avenue between 15th and 16th St -now called “Oreo Way.”

After a variety of test runs, Oreo became the “Oreo Biscuit–two beautifully embossed chocolate-flavored wafers with a rich cream filling at 30 cents per pound,” then Oreo Sandwich and finally Oreo Creme Sandwich. 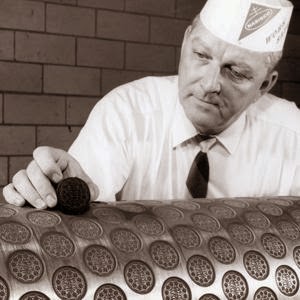 No one can argue that symbols can powerfully drive our activities and influence our subconscious. Symbols act as a sort of short-hand that triggers (through association) our subconscious and eventually our thought process, feelings and actions. The crosses, the swastika, the yin-yang symbol all drive human activity with their visual impact.

Oreo’s were embossed with:

An Antenna or Lorraine Cross

What do four-leaf clovers symbolize? We can ask a Saint Patrick’s Day fan about Shamrocks, but actually the four-leaf clover goes way back to the Celtic Priests or the Druids who used four-leaf clovers as protection against evil spirits. The reality is that the clover plant doesn’t naturally produce four leaves. So, four-leaf clovers for hundreds of years have symbolized to our mass consciousness a rarity that protects and bestows good luck.

Crosses symbolized in pagan times, the four-elements and the power of manifestation in the earthly realm. This particular double cross was called the Lorraine cross and was considered the symbol of Joan of Arc’s crusade.

The circle is a symbol of wholeness and infinity.

“Beauty and Goodness” or “mounds” of plenty surrounded by “infinity and unity” transmitting an earthly manifestation or crusade or receiving “Oreo” (Beauty) from the Great Beyond which bestows garlands of good luck and protection from evil.

That is one powerful symbol on a small round cookie, over 12 billion of which, have been consumed by the world’s population in almost 100 years.

(originally published on my column on the now closed Examiner.com in June 2009)