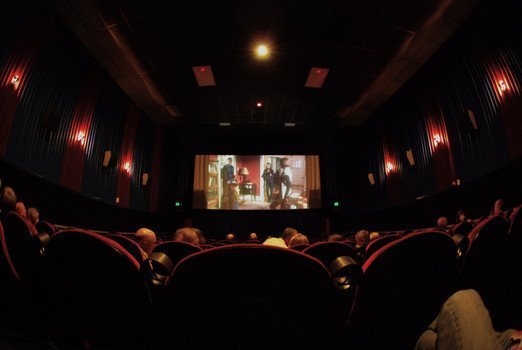 10 Oct New study on social media marketing at the movies

Social media marketers having been saying all along, that engaging your audience online is the way to go. A new study confirms that word-of-mouth marketing on social media and online networking sites, such as Twitter and Facebook could make or break the next movie studio release.

“In the age of social media and online networking sites, such as Twitter and Facebook, the potential for spreading the word could mean the difference between consumers seeing a product as the best thing since sliced bread or the most rotten of tomatoes.?

Word-of-mouth marketing (WOMM, WOM marketing) is different from naturally occurring WOM, because it is influenced by an organization putting out a message, rewarding a customer and through using agents. A previous study, “Word of mouth: what we know and what we have yet to learn,? in the Journal of Consumer Satisfaction, Dissatisfaction & Complaining Behavior, reviewed and synthesized 60 years of WOM literature and found there were three avenues to manage word-of-mouth for the purpose of marketing. Those three avenues are: Building a strong foundation of trust and commitment, that managers have a moderate level of control with teaser campaigns and controversial advertising etc. and finally with paid agents and ?friend get friend’ schemes.

In the current study, Professor Oh confronts previous mixed results from scholars on the relationship between word-of-mouth (WOM) and movie box office performance and the effect of customer engagement in relation to box office performance. Using Twitter as a surrogate for and online equivalent of actual word-of-mouth chatter, he found WOM volume has a direct positive effect on box office outcomes. He also demonstrated that studio-generated content and online engagement with the audience has an indirect effect to how many people go to see a particular movie.

In a nutshell: “The more a movie studio is willing to engage with its followers via social media the more likely it is to have a higher WOM volume. This subsequently increases the likelihood of having a higher opening-weekend box office performance.”

As most social media marketers already know, just having a profile online isn’t enough. Oh suggests a seven day lead up to the release weekend was enough to seed enough buzz about the movie.

In conclusion Oh suggests: “Social media represents an opportunity to reach an audience and establish relationships at a personal level that traditional advertising is not capable of achieving,” he explains. “Incentives to encourage more interactions such as competition or tweets from the movie’s cast members should go hand-in-hand with other advertisements to pump up word-of-mouth. He also suggests the same approach to social marketing might have a similar impact in other areas, such as music sales.?