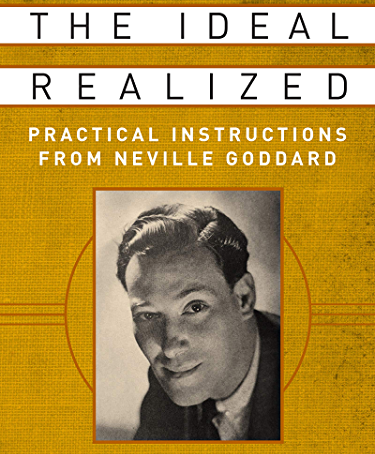 In the third evening of this 3-part deep-dive conversation, Mitch Horowitz explores the most radical and finely developed—yet little-known—intellect in modern metaphysics: Neville Goddard (1905-1972). Neville issued the ultimate challenge: your imagination is God.

Sorry to write so soon and mention Mitch Horowitz again, but I was surprised to see he came out with yet another book about Neville— this week nonetheless![August 11, 2020] The book is called, “The Ideal Realized: Practical Instructions From Neville Goddard“

Even the Wicked and Let People Play Their Parts

What intrigued me was that there is a Neville lecture in there called “Even the Wicked” which Neville gave five months before his death. It has never been in print. I would love to type out and share with you all but it’s a new book and that wouldn’t be cool (even though Neville’s lectures are supposedly public domain).

So when you see this, you forgive every being in the world, everyone. They’re all playing their part, so don’t condemn anyone because everyone will be instrumental in fulfilling your dream if you know this law. It’s all infinite states but remember you are awakening to the reality of the second man. In this room, my simple apprehension of corporeal objects, the things on the wall, your hair, the chair, the house, this thing for a wedding tomorrow, all this preparation for a wedding. All this is to my sense man reality and I think of something entirely different, and that is called only imagination, and that is the second man.”

An idea that is only an idea produces nothing and does nothing. It must be felt, actually felt, so that it awakens within oneself certain sensations, certain local actions, in order to be effective. What would the feeling be like if it were true? Dwell upon that until the feeling awakes within you these sensations, for imagination is spiritual sensation. That is the creative being in you. It’s not just to entertain an idea; not idea. The idea must produce in you this feeling which is a sensation, but it must be a feeling. What would the feeling we like if it were true? You dwell upon that until you catch that feeling.”

“As Churchill said, that the mood determines the fortunes of people rather than the fortunes the mood; the mood precedes the fortune. So what would you want in this world of contemplating? What would the feeling be like if you had it? What would it be like if it were true? That is the story of Scripture. If I could only feel that I am already the man that I want to be, that I’m already the woman that I want to be, and feeling, then it’s not only an idea, which as an idea without feelings will produce nothing, now, it has everything because in this story, you say to the second man, “Come close, my son, that I may feel you.”

“Then he sees a whole vast world as sleepers. all sleepers, and how can you con­demn the sleeper? So he played his part. He played it beautifully. I can see all these things in my world where people play some many marvelous parts, and they were sound asleep, and they thought they were so alert, going to get the better of me, and their attempts to get the better were exactly what I needed to move on. Just move on. They had no idea they’re playing their part beautifully. So I forgive all the thieves that came into my world, even those who took, actually took from my pocket by not giving me what the contract called for; I thank them because it simply allowed me to become all the more secure upon my own feet, and not think for one second that I de­pended upon them or for anyone else in this world, so let them go their way.”

The book contains hand-picked lectures —some fine golden nuggets. There are a lot of intimate details about Neville. When Mitch writes and talks about Neville, you get this feeling he knows him intimately— little details that aren’t very well known. Mitch definitely plays a role in delivering Neville in a very accessible way.

Neville says again in “Even the Wicked”

“They’re playing their part. So tonight you want a bigger job, you want more money in this world, you want-and you name it. Well, it may be a thief who is going to aid you into getting without knowing he is doing it. Don’t judge him.”

This book will certainly “fill in the blanks” of Neville’s life historically. The intro, afterword and the lecture he delivered at the Observatory in Brooklyn are the most fascinating parts of the book.

Moreover, Neville advises relaxation. One must relax to the point of “floating,” and losing awareness of one’s body. But how shall we achieve such deep relaxation? This is not  easy for most of us. What instruction does Neville give?

“You take your attention away from your problem and place it upon your being. You say silently but feelingly, ‘I AM.’ Simply feel that you are faceless and formless and continue doing so until you feel yourself floating.  “‘Floating’ is a psychological state which completely denies the physical.  Through practice, in relaxation and willingly refusing to react to sensory impressions, it is found to develop a state of consciousness of pure receptivity.”  I feel inclined to wager large odds that most who hear him or any other teacher of metaphysics, have not the least notion as to how to relax. There is nothing metaphysical in relaxation.

By following a few simple rules which operate in accordance with known physiological and psychological laws, a deep state of freedom from neuro-muscular tension can be induced …  Moreover and far more important—what shall we do about developing this intensity of feeling? Merely to relax will not do it. One can relax, lose complete consciousness of the body, “float” beautifully away from awareness of sense and mind—and still be as cold-blooded as a fish. Neville’s method is sound enough. But the difficulty is that few people are able to muster up this emotional exaltation or this intellectual concentration which are the royal approaches to the citadel of the Unconscious. As a result of this definite lack of  training or technique, the mind wanders all over the place, and a thousand and  one things totally unrelated to “I AM” are ever before their attention.”

The part about hypnagogia piqued my interest. Mitch says:

“The Ideal Realized focuses on methods, most of them from Neville’s own teachings, to aid in that relaxation. Many of these methods involve visualizing while in a near-sleep state, which sleep researchers today call hypnagogia. You experience this state naturally twice a day: just as you are drifting off at night and again as you are waking in the morning. During this stage between sleep and wakefulness, you experience dreamlike imagery and yet retain conscious awareness.

It is a uniquely supple and suggestible frame of mind. Serious psychical researchers have found that hypnagogia is a heightened period for statistically recorded episodes of ESP phenomena. (I write further about this in The Miracle Club and One Simple Idea.) Neville had an early instinct for the uses of hypnagogia.”

“The sovereign rule is to make no effort, and if this is observed, you will intuitively fall into the right attitude.”

CHECK IT OUT ON AMAZON 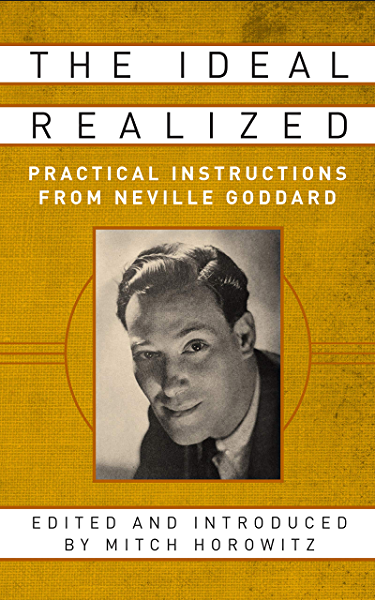 MITCH HOROWITZ is a PEN Award-winning historian, longtime publishing executive, and a leading New Thought commentator with bylines in The New York Times, Time, Politico, Salon, and The Wall Street Journal and media appearances on Dateline NBC, CBS Sunday Morning, All Things Considered and Coast to Coast AM. He is the author of several books, including Occult America, One Simple Idea, and The Miracle Club. He lives in New York City.

Article Name
The Ideal Realized: Practical Instructions From Neville Goddard by Mitch Horowitz
Description
A new book about the extraordinary mystic Neville Goddard by author Miitch Horowitz. The Ideal Realized helps you vault past difficulties in using Neville’s work, particularly in the all-important area of entering the “feeling state” of your wish fulfilled and manifested
46
SHARES
ShareTweet