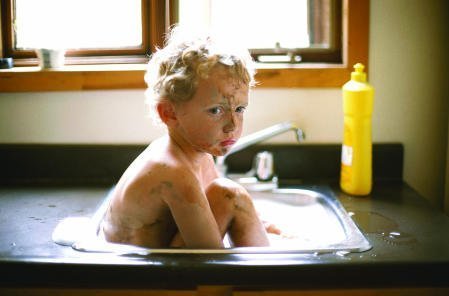 01 Jun Scientific study: Being too clean may be making you depressed

According to Emory University neuroscientist Charles Raison, MD, in a review article in the December 2010 issue of Archives of General Psychiatry; there is mounting evidence that our lack of contact with microorganisms in the soil, food and gut, due to our excessive cleanliness, may be contributing to the rise in depression in our modern world.

“According to the authors, the modern world has become so clean, we are deprived of the bacteria our immune systems came to rely on over long ages to keep inflammation at bay.”

In 1989, David Strachan from the London School of Hygiene and Tropical Medicine, UK, found that children in large families were less likely to develop hay fever, he stated:

“…declining family size, improved household amenities and higher standards of personal cleanliness” had all decreased the number of infections that children contracted, which might have led to more allergic diseases (Strachan, 1989)”

…the risk of developing allergies is not necessarily caused by a lack of bugs and parasites in the environment per se, but rather by a lack of certain organisms that have, over the course of evolution, trained our immune system to be more tolerant.

He has identified various ‘old friends’ microorganisms that were once abundant and harmless, but are now absent from everyday life, thanks to changes in our lifestyle over the past century. Lactobacilli, saprophytic mycobacteria and some parasitic worms, or helminths, top the list, although there are probably many more.”

Caroline Hadley, in a report from the European Molecular Biology Organization, Should auld acquaintance be forgot…, states:

“it is the disappearance of these ‘old friends’ that might cause allergies and autoimmune diseases, because their presence used to teach our immune system not to react to everything that it came across.”

In a Psychology Today article, Matter Over Mind: Inflammation And Depression, Dr. Mark Borigini refers to a Japanese study, published in the journal, Psychosomatic Medicine:

“Over 200 patients with rheumatoid arthritis were studied. They found that C-reactive protein (CRP), a marker of inflammation, was associated with elevated depression and pain scores”

From the article, Key Molecule in Inflammation-Related Depression Confirmed:

“When an individual is infected with viruses or bacteria, cells of the immune system respond by secreting proteins called cytokines. These cytokines not only trigger inflammation and orchestrate the body’s immune response against the infection, but they also cause changes in behavior, such as fatigue and withdrawal. Beyond these commonly experienced behavioral signs of illness, previous research has shown that cytokines can also cause depression in people with physical illnesses but who have no prior history of mental illness.”

“We have known for a long time that people with depression, even those who are not sick, have higher levels of inflammation”

“Since ancient times benign microorganisms, sometimes referred to as ‘old friends,’ have taught the immune system how to tolerate other harmless microorganisms, and in the process, reduce inflammatory responses that have been linked to the development of most modern illnesses, from cancer to depression.”

What it comes down to is: If we were exposed to the “dirty bugs” from an early age, our immune systems would be trained by now to recognize what is an important battle to fight and what isn’t.

Some mention, the over-pampered and “privileged” Generation Y (Millenials), are missing key experiences that would help them survive in a less protected and “clean” world.

Might this be true even down to the cellular level? 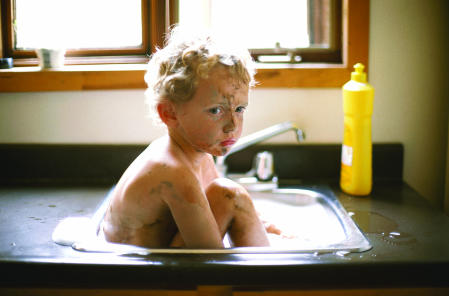 Article Name
Scientific study: Being too clean may be making you depressed
Description
There is mounting evidence that our lack of contact with microorganisms in the soil, food and gut, due to our excessive cleanliness, may be contributing to the rise in depression in our modern world.
Author
Tima Vlasto
Publisher Name
Cool Wisdom Books
42
SHARES
ShareTweet