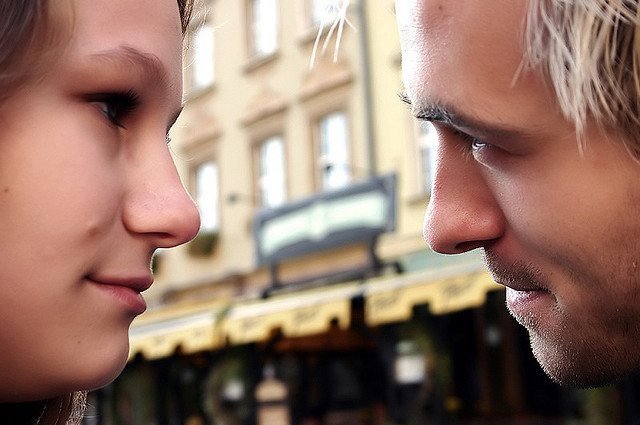 01 Jun Choosing a husband, wife or lover? Beware of the framing effect

Is that man good husband material or that woman hot? It may not be facts that are guiding our judgments and decisions, but a reaction to whether an opinion of that potential partner is given a positive or negative spin or not.

The “framing effect” is a theory in psychology which suggests that people will have a different reaction to something if it is framed positively. A quick example would be changing the term “global warming” to “climate change”. This framing effect, used heavily by advertising and public relations professionals, has recently been proven applies to selecting our mates, as well.

A new study announced by Concordia University on May 1, 2014, “The framing effect when evaluating prospective mates: an adaptationist perspective” co-authored by Concordia marketing professor Gad Saad and Tripat Gill from Wilfrid Laurier University and published in the journal Evolution and Human Behavior, shows that when we choose a partner, the framing effect is even stronger in women than it is for men.

“When it comes to mate selection, women are more attuned to negatively framed information due to an evolutionary phenomenon called “parental investment theory”, says Saad, who has done extensive research on the evolutionary and biological roots of consumer behavior.”

“Choosing someone who might be a poor provider or an unloving father would have serious consequences for a woman and for her offspring. So we hypothesized that women would naturally be more leery of negatively framed information when evaluating a prospective mate.”

Participants were given positively and negatively framed descriptions of potential partners. An example of positive framing would be a sentence like:

Women were more susceptible to framing effects for “earning potential” and “ambition” while men yielded a larger effect in only one instance for an “attractive face”. In each instance, they were all presented with the exact same information and facts though they were worded differently.

The research doesn’t give any advice on how not to be influenced by the framing effect, but awareness that it does play a role when we make our decisions is a first step to conscious choice. Maybe better than a “glass half-full, glass half-empty” approach might be just to simply get the straight-up facts and have enough self-knowledge to know what is important to you or not.

Flickr: “When you are in love” Marg (CC)
Summary 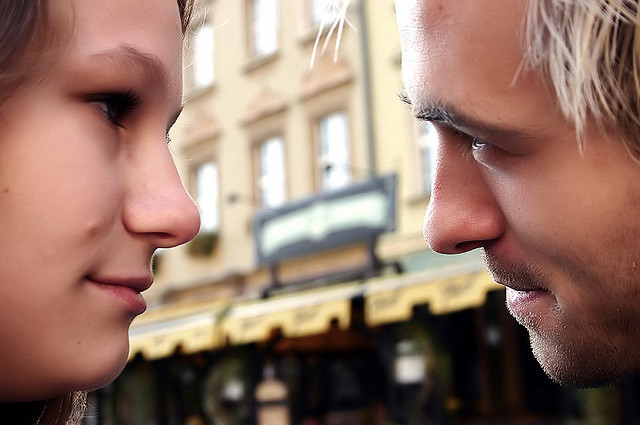 Article Name
Choosing a husband, wife or lover? Beware of the framing effect
Description
Is that man good husband material or that woman hot? It may not be facts that are guiding our judgments and decisions, but a reaction to whether an opinion of that potential partner is given a positive or negative spin or not.
Author
Tima Vlasto
Publisher Name
Cool Wisdom Books
46
SHARES
ShareTweet