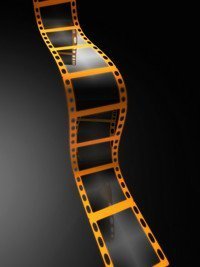 What the Bleep Do We Know?

What the Bleep Do We Know is a combination documentary, feature film and scientific expose. This movie bridges philosophical and religious truth with the newest discoveries of quantum physics. It is really a first of its kind; not only as a movie genre but also because of its message. It is the first movie to try to explain how we perceive our reality and how that perception is what creates it. It goes on to reveal scientifically, how our thoughts influence our brain chemistry which finally affects not only our physical bodies but our longevity as well.

The Secret probably needs no introduction since it was publicized so heavily. The Secret originally was an excellent attempt at taking ancient and new thought principles and applying them to our modern world. The original film had a lot of great material from Abraham-Hicks and even the Master Key System and the Emerald Tablet. A second version of the film was prepared after the Hicks decided it was getting a bit too commercial. In any case the catch phrase “you create your reality” became popular after this movie came out (though it has been a concept around since ancient times). It is still very much worth watching and the publicity though a bit overpowering, did succeed in getting the message out to millions.

Peaceful Warrior is a wonderful drama based on Dan Millman’s book of the same name. It isbased on  a true story about an athlete who after a terrible accident, meets a man, Socrates, who teaches the young protagonist how to focus and confront himself. The dialogue in this movie is timeless enough for anyone to find meaningful guidance.

Celestine Prophecy is a movie based on James Redfield’s book of the same name. Though the movie was considered a low-budget film with a somewhat weak plot; the message of this movie and in particular the “Nine Insights”, are priceless. For people who have had experiences of a fourth-dimensional kind, the imagery of the experience of “seeing” between worlds is as close as one can get to depicting visually, an experience that is basically subjective.

You Can Heal Your Life

Louise Hay’s movie You Can Heal Your Life, brings to life her 30+ years of teaching and publishing self-help and healing literature. The movie is filled with interviews with people like Wayne Dyer, Gregg Braden and Dr. Christine Northrup to name a few. Louise Hay has spent her lifetime teaching us how to use positive affirmations to heal our bodies as she healed hers. The movie itself is full of wonderful affirmations and leaves you focused, refreshed and with a renewed belief in your power to heal your life.

Though hundreds of spiritual movies have preceded these selections and others are coming out left and right, these will most likely remain classics in their genre.

For those of you who want their spiritual DVD delivered to their door, there is a movie club called Spiritual Cinema Circle that handpicks the most inspirational and enlightening movies by visionary filmmakers from around the world. Every month, they choose from short films, documentaries and feature films and compile four of them into a DVD that is delivered every month to your door for a small fee.

A New York institution, the Quad Cinema has been showing the best of foreign and independent films since 1972. Family owned and operated, the Quad continues to book films which are unique, original, and intellectual to appeal to a loyal following of New York moviegoers.