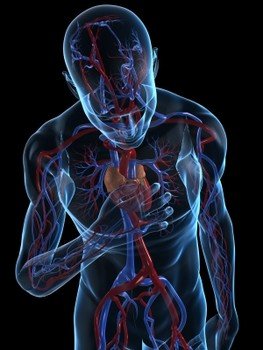 02 Jan New Year’s Eve: Are you feeling the pain of rejection?

Are your “hurt feelings?, “broken hearts? or the pain of social rejection triggered by the festivities of this holiday season, making you feel actual physical pain?

According to a study in TRENDS in Cognitive Sciences, Why rejection hurts: a common neural alarm system for physical and social pain, scientists Naomi I. Eisenberger and Matthew D. Lieberman, show there is evidence that the emotional pain of social rejection shares the same neural circuits of our brains as those of actual physical pain.

?some of the most painful experiences known to humankind are those that involve the loss of important social bonds. Indeed, the use of physical pain words to describe episodes of social estrangement is common across many different languages.

Why is social estrangement so painful? The scientists suggest that because young mammals have a very long period of immaturity, because we need such an extended period of care until we mature, evolution found a solution to this “need for nurturance? by inserting into the hard drives of our brains a “lifelong need for social connection and a corresponding sense of distress when the social connections are broken.?

The actual part of the human brain that processes both physical and emotional pain is called the anterior cingulate cortex. The study proved through neuroimaging that this part of the brain had increased activity not only during real physical pain episodes but also when the participants in the study were excluding from playing a game.

Of course, the study also made reference to experiments that proved the opposite to be true:

?increased social support, which reduces social pain, is also associated with a reduction in pain from chronic ailments, during cancer, following heart surgery, and during childbirth.

In another interesting study, Acetaminophen Reduces Social Pain: Behavioral and Neural Evidence (2010), C. Nathan DeWall of the Department of Psychology at the University of Kentucky states:

Now, this doesn’t mean we go rush and take a couple Tylenol after we “feel hurt? because there’s no party to go to tonight or we are alone on New Year’s Eve, but it is important to note that the pain we are feeling is only part of an ancient alarm system created for our survival?a carry-over from the days we were helpless babies.

Just as the adrenals fire up a 20 minute rush of adrenaline that triggers the “fight or flight? response when we encounter a threat to our survival (see Panic attack symptoms, hope and help for your nerves), our anterior cingulate cortexes fire up a pain signal when we are rejected. Both pass after a few minutes if given no further cause. So, if we avoid the lonely sad songs on the radio, the Hollywood movies of happy couples, the television shows of wild New Year’s eve parties, couples kissing at 12:00 in Times Square, and looking around your empty room in dismay, (which will only prolong the neural alarm system’s pain response) and instead say to yourself: “My brain is just making sure I will survive, but I’m not a baby anymore and I can find nurturance and sustenance on my own now? …you will be okay.

Let’s try to keep our anterior cingulate cortexes in check today, and then, from that place of empowerment, if you feel you need to be with someone or feed yourself in some way, well, your choices for nurturance will probably be much healthier and truer to who you really are (when you aren’t under the influence of a neural alarm) and hopefully will be more conscious all the rest of the days of the year.