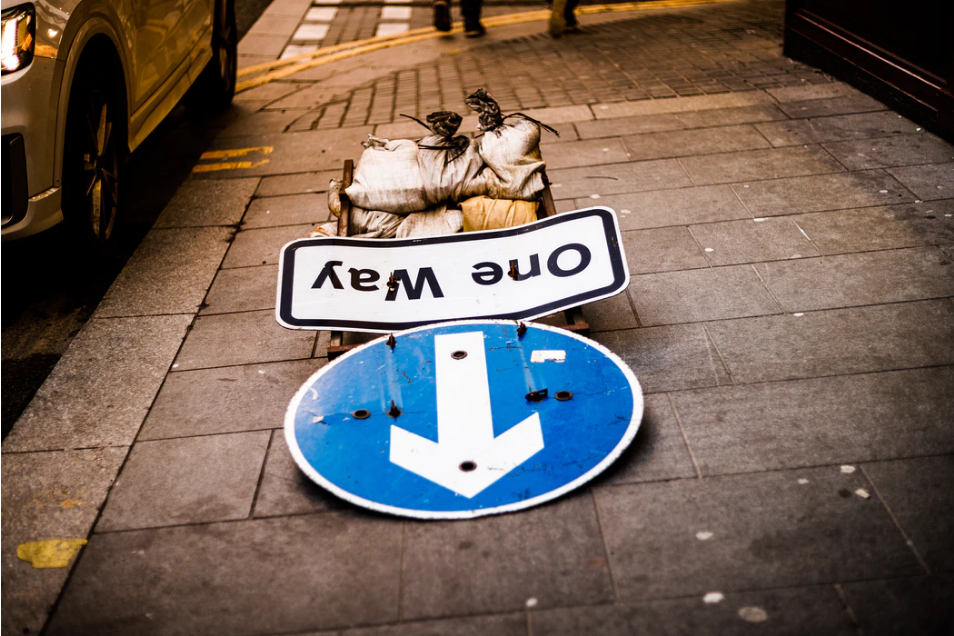 “When Mercury spins directly between the Earth and the Sun—a condition that astrologers call “Mercury in retrograde”—it appears to the untrained eye looking through a telescope to be hurtling backward. But, in fact, it’s moving at the same pace it always does, approximately three times faster than Earth. It’s just your perspective that shifts, in the same odd way it changes when the car next to you on the freeway seems to be moving backward as you inch up beside it. And there’s the disconcerting feeling that what you think you’re experiencing isn’t reflective of reality. As even the lowliest $3.99-a-minute fortune teller will inform you, Mercury in retrograde means one thing: if something can go wrong, it will. Basically, shit just happens”

Coolwisdom loves these great tips from How to Survive Mercury Retrograde: And Venus & Mars, Too by Bernie Ashman

The attention-to-detail tendencies embedded in Mercury energy can grow wildly  obsessive during this planet’s retrograde cycle.

What is the solution to making this perfection tendency not be problematic? You  need to give yourself a new direction to focus on.

What you are attempting to do is to break the spell of wanting to be too perfect.  If you are too concerned about pleasing others, then realize that you will not make  everybody happy with even your best effort.

Tip 2 When in Doubt, Think Positive

“Be vigilant; guard your mind against negative thoughts.” It is good to remind yourself  about this Buddha quote during a Mercury retrograde.

Mercury retrograde occasionally spins us into what appears to be an odd direction or one that is out of our comfort zone. Our normal way of thinking gets a jolt.  It may be hard to believe, but this could be a good thing.

You may be surprised to realize that it takes a lot less energy to look at life  through positive eyes than ones that expect bad things to occur.

Tip 3 Be Open to Change

People will warn you against moving forward haphazardly during Mercury’s backward cycle. This may appear like wise advice.

What you are already accustomed to doing in life may be challenging to leave behind. A willingness to at least consider a change in circumstances might be the  path to reinvent yourself.

Change is a way to unlock the grip of the past—or at least the part of the past  you may need to leave behind to feel a sense of liberation. Gaining freedom from  limiting situations is like getting a new lease on life.

Tip 4 Give and Receive Criticism Carefully

During a Mercury retrograde, being criticized feels worse than usual for most people. Criticism has a way of working its way into the deepest recesses of your mind.

During this retrograde time period, Mercury can be trying to help you develop a  more discerning eye as to whom to trust regarding criticism.

You  don’t need to act like you want to walk a mile in their shoes, but it helps to take a  step in showing you are hearing them.

Making your ideas understandable so  there can be a meeting of the minds may mean you need to listen to someone else  with greater concentration. Don’t get upset if you are not understood during your  first try.

Picking the right time to discuss a touchy subject is just as vital to the success of  getting the outcome or resolution you hope to reach with a person.

If your instincts are telling you to get a second opinion about a situation, then  you should do so. Details are easy to miss and are sometimes hidden during a  Mercury retrograde.

Even a job offer or promotion may have some hidden responsibilities you are  not being told about during an interview.

When you relax and try to lessen your anxiety during a Mercury retrograde, interesting and exciting things can occur. This approach paves the way to perceive a  new path to success that you may have overlooked.

Try to be open to alternative methods of doing things. Thinking outside of the  box is certainly within your grasp during a Mercury retrograde.

Tip 8 Travel Will Help You Process Your Thoughts

Mercury is a travel planet, so if you are on the move, this planet helps you to better  assimilate the information being transmitted to you during its retrograde cycle.

If you are feeling mentally depressed or are just not feeling like your usual positive self, then travel might be the solution to getting you back on the right track.

Mercury is the planet that encourages you to develop routines. Everyone needs a  sense of order to keep their life organized. Staying with the same way of doing  things during a Mercury retrograde has its advantages and disadvantages.

Your life does  not need to be in a big state of flux to snap you out of a mental funk. Just a slight  alteration could be all you need to keep your life moving forward the way you like it.

Your mind can easily speed up during Mercury retrograde. Our mental filters seem  to get on overload faster than when Mercury is moving direct. It is as though the  mind’s defenses to keep out useless or distracting information are not as easy to  manage, so it is wise to give yourself permission to take a timeout and relax. With  practice, you can get good at eliminating information in a way that is similar to protecting yourself against spam in your email.

Read the rest of the book with dozens more tips on dealing with Mercury retrograde. You won’t be disappointed.

Article Name
Is Mercury Retrograde?
Description
Find out here if Mercury is retrograde now! Find some awesome tips on how to go beyond the fear and negativity of retrograde periods and achieve success.
13
SHARES
ShareTweet