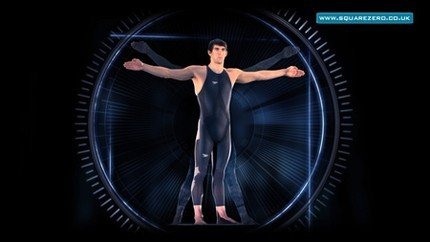 01 Jan Is this world a hologram and God a laser beam?

Holograms and the nature of reality

Holograms are intriguing. Hollywood has fascinated us with holographic images in movies like Star Wars and on the holodeck of the Starship Enterprise in Star Trek.  A few years ago, even American Idol  surprised us with a hologram of Elvis singing a duet with Celine Dion in their ’68 Comeback Finale. But, other than a hologram’s entertainment value or their use in securing credit and ID cards; this amazing discovery (a 3-D image appearing by shining a single pure light (like a laser beam) through a 2-D holographic film) and the spiritual implications it engenders, hasn’t created any significant “waves” in scientific and religious circles.

Recently though, some interest in the possibility of a holographic universe was generated  by a physicist, Craig Hogan from the Fermilab particle physics lab in Batavia, Illinois in regards to the German, GEO600 gravitational wave detector in Hannover. It appears the GEO600 (meant to detect gravitational waves) picked up an inexplicable noise instead.

GEO600 has stumbled upon the fundamental limit of space-time – the point where space-time stops behaving like the smooth continuum Einstein described and instead dissolves into “grains”, just as a newspaper photograph dissolves into dots as you zoom in. “It looks like GEO600 is being buffeted by the microscopic quantum convulsions of space-time? If the GEO600 result is what I suspect it is, then we are all living in a giant cosmic hologram.”

Marcus Chown, in the New Scientist article, Our world may be a giant hologram mentions:

The holograms you find on credit cards and banknotes are etched on two-dimensional plastic films. When light bounces off them, it recreates the appearance of a 3D image. In the 1990s physicists Leonard Susskind and Nobel prizewinner Gerard ‘t Hooft suggested that the same principle might apply to the universe as a whole. Our everyday experience might itself be a holographic projection of physical processes that take place on a distant, 2D surface.

The “holographic principle” challenges our sensibilities. It seems hard to believe that you woke up, brushed your teeth and are reading this article because of something happening on the boundary of the universe. No one knows what it would mean for us if we really do live in a hologram, yet theorists have good reasons to believe that many aspects of the holographic principle are true.

This possibility immediately brings to mind the famous and ancient, Allegory of the Cave, taught by Socrates and mentioned in Plato‘s Dialogues.

In the allegory a group of people who live in a cave are chained so they can only face a wall.  These prisoners view shadows projected on the wall by the light of a fire lit behind them as various people with objects pass on a walkway in front of a fire. Socrates questions what would happen if one of the prisoners frees himself from the chains, sees the fire and the objects, runs out of the cave and sees the sunlight. He also goes on to question what would happen if the freed prisoner ever attempted to go back into the cave and explain the truth of what he saw and/or if he would be killed for trying to save them.

Author Willie Maartens in his article, The Holographic Principle and the Allegory of the Cave goes on to explain some even more subtle implications of the Holographic principle in relation to this allegory:

In M-theory, we are the shadows on the wall. The ?room’ is some larger, five-dimensional space-time and our four-dimensional world is just the boundary of this larger space. If we try to move away from the wall, we are moving into an extra dimension of space ? a fifth dimension. In fact, physicists have recently been trying to think of ways in which we might actually, experimentally ?probe’ this fifth dimension.

Jacob D Bekenstein in the Scientific American article, Information in the Holographic Universe probes the question :

“Could we, as William Blake memorably penned, “see the world in a grain of sand,” or is that idea no more than poetic license?

He goes on to mention:

Remarkably, recent developments in theoretical physics answer some of these questions, and the answers might be important clues to the ultimate theory of reality. By studying the mysterious properties of black holes, physicists have deduced absolute limits on how much information a region of space or a quantity of matter and energy can hold. Related results suggest that our universe, which we perceive to have three spatial dimensions, might instead be “written” on a two-dimensional surface, like a hologram. Our everyday perceptions of the world as three-dimensional would then be either a profound illusion or merely one of two alternative ways of viewing reality. A grain of sand may not encompass our world, but a flat screen might.

So there is some flat screen (holographic plate, film etc.) somewhere and some source of pure Light (like a laser beam) is shining through it and that is creating this world in which we exist.

In the meantime, holograms will continue to “entertain” us like the shadows in the cave.

A hologram you can touch:

Researchers from the University of Tokyo have developed 3D holograms that can be touched with bare hands. Generally, holograms can’t be felt because they’re made only of light. But the new technology adds tactile feedback to holograms hovering in 3D space.

Called the Airborne Ultrasound Tactile Display, the hologram projector uses an ultrasound phenomenon called acoustic radiation pressure to create a pressure sensation on a user’s hands, which are tracked with two Nintendo Wiimotes. As the researchers explain, the method doesn’t use any direct contact and so doesn’t dilute the quality of the hologram. The researchers, led by Hiroyuki Shinoda, currently have the technology on display at SIGGRAPH 2009 in New Orleans.

Our world may be a giant hologram New Scientist

The Holographic Principle and the Allegory of the Cave