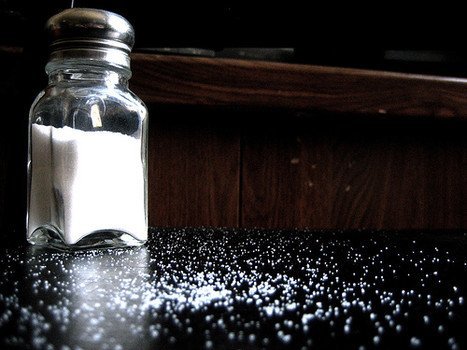 A new bill was introduced on March 5th, 2010 (see below: March 12th, 1930 Gandhi‘s march to banish the Salt tax in India exactly 80 years ago) by State Assemblyman Felix Ortiz that will ban the use of salt in New York restaurants.

Orit Sklar of My Food My Choice states:

“Felix Ortiz has joined the ranks of New York City Mayor Michael Bloomberg and Health Czar Thomas Farley who have declared war on sugar, cigarettes, trans-fats, calorie counts . . . and also salt.” Chefs would be handcuffed in their food preparation, and many are already in open rebellion over this legislation,” Fox News

Whatever tends to begin in New York slowly but surely reaches the rest of the country. The ban on tobacco eventually led to a fire-safe cigarette (FSC) laced with “carpet glue” (see my article: Are the new FSC cigarettes making smokers sicker than ever?).

The abolition of  trans-fat (which is manufactured substance) is understandable, but salt is a naturally occurring substance necessary for survival.

According to The Salt Institute:

“Sodium is one of the primary electrolytes in the body. All four cationic electrolytes (sodium, potassium, magnesium, and calcium) are available in unrefined salt, as are other vital minerals needed for optimal bodily function.”

“One component of salt, sodium (Na), is involved in muscle contraction including heartbeat, nerve impulses, and the digestion of body-building protein. Sodium is easily absorbed and is active in the absorption of other nutrients in the small intestine. Sodium is the major extracellular electrolyte responsible for regulating water balance, pH, and osmotic pressure. It is important in nerve conduction. Because of sodium’s importance to your body, several interacting mechanisms, including generation of hormones angiotensin and aldosterone, adjust the system in the event of consumption of insufficient amounts of salt which would threaten the body’s nerves and muscles and interference with the sodium-potassium “pump” which adjusts intra- and extra-cellular pressures. 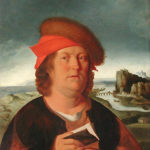 Even the doctor and alchemist Paracelsus (1493-1541 A.D.), who believed in the Greek concept of the four elements, stated that only salted food could be digested properly:

The human being must have salt, he cannot be without salt. Where there is no salt, nothing will remain, but everything will tend to rot. Moreover, he recommended salt water for the treatment of wounds and for use against intestinal worms.  Source

J. Justin Wilson, Senior Research Analyst at CCF, made the following statement regarding this ludicrous legislation:

New York Assemblyman Felix Ortiz must be hell-bent on making New Yorkers’ diet as costly and bland as possible. Between taxing soda and banning salt, he has single-handedly insulted the intelligence of the entire state no small task. Calling Ortiz’s assault on salt “ill-conceived” doesn’t do justice to just how hilariously inappropriate it is. I had to call his office just to make sure it wasn’t a joke (it’s not).”

Also from Telegram.com in the article, A halt to salt? NYC eyes an evildoer in NaCl:

“We believe government should restrict its efforts to ensuring the food supply is safe from the likes of salmonella, E. coli bacteria, and proven carcinogens. Labeling laws and nutritional information are also welcome improvements that promote consumer awareness and lead to better food choices and improved nutrition. But there’s a fine line between responsible regulation and food fascism. A ban on pepper’s inseparable companion would clearly cross that line.

A march in March and ghosts from the past

Controlling salt brings to mind a strange echo from the past: A memory of a Salt Tax in India in the 1930’s that made it illegal to sell, produce or even collect salt which allowed a British monopoly and complete control over the health and diet of the nation.

Gandhi helped free India from British control, by marching on March 12th, 1930 (by the way, the New York salt bill was dated March 5th, 2010) to Dandi. There Gandhi raised a lump of salty mud and declared,

“With this, I am shaking the foundations of the British Empire.? He then boiled it in seawater, producing illegal salt. He implored his thousands of followers to likewise begin making salt along the seashore, “wherever it is convenient” and to instruct villagers in making illegal, but necessary, salt.  Wikipedia

Will New York City chefs, in homespun white toques (chef hats) march down to the shores of Manhattan to demand their right to salt their fine cuisine and defend New York City’s reputation as the “restaurant capital of the world?”

Khalil Gibran appears to shed the most wise and “tender” light on the subject:

“There must be something sacred in salt. It is in our tears and in the ocean.”

My Food My Choice
“The Bloomberg administration is pursuing a sweeping sodium reduction campaign that makes NYC residents test subjects and pressures food companies to drastically change their products regardless of the desires of consumers. Worse yet, this bureaucratic agenda is not based on sound science, but on political science and alarmism. Sign the petition today and save NYC’s incredible and diverse cuisine and protect your right to make your own food choices.

A taste for salt in the history of medicine Eberhard J. Wormer, Science Tribune

A halt to salt? NYC eyes an evildoer in NaCl Telegram.com