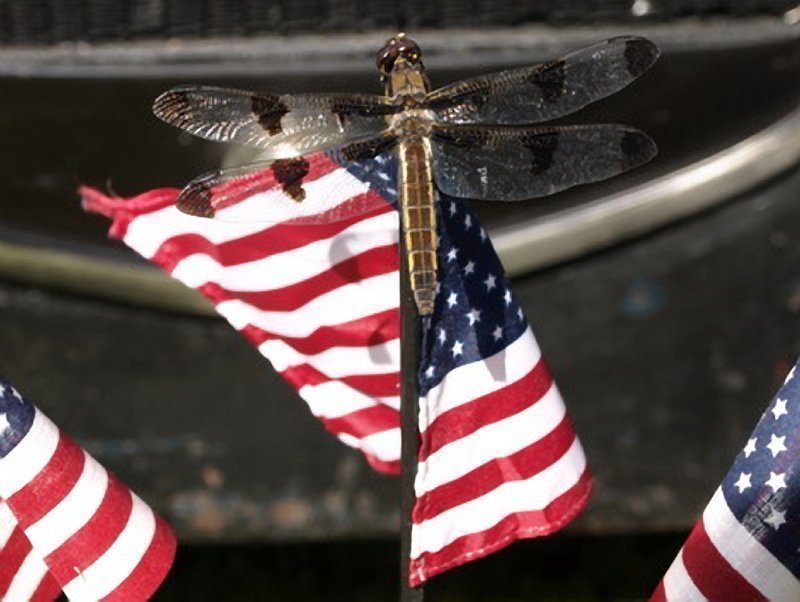 For a Native American, Shaman or Aborigine, messages from the natural world are a normal part of their daily interaction with this reality. Within these culture’s belief structures the natural world communicates, responds, warns and reveals. There are many stories in our modern world of frogs and birds warning us of earthquakes, and there isn’t a dog or cat owner that doesn’t have a story about their pet’s extraordinary abilities.

Within Native American culture, seeing an animal, either in a dream or within one’s waking reality, makes this animal a person’s Totem. A Totem either comes into one’s life to transfer its natural abilities or to bring a message.

The dragonfly is the beginning of a new cycle of the sun, revealing a message for the rest of the year.

Dragonflies are very versatile. They can fly in any direction at a speed of up to 30 mph. They can hover on one spot, twist and turn and spot prey from 40 feet away. They are incredible predators and have keen eyesight.

Its interesting to note that they are usually found in areas where the ecosystem is balanced and has a large variety of species and habitats. They are capable of living in the water and in the air and can fly across an entire ocean. The larvae molt 10-30 times over 3 months to 6-10 years.

The dragonfly symbolizes we are meant transform into a mature, incredibly powerful force. The dragonfly in the photo is an adult dragonfly. If we can embody the dragonfly’s incredible maneuvers; if we can molt and change, live in the sea and air, cross oceans, spot our prey from miles away, reflect the light on our wings to blind the predators, and create a balanced and harmonious ecosystem, this message from the dragonfly foretells an amazing year ahead.