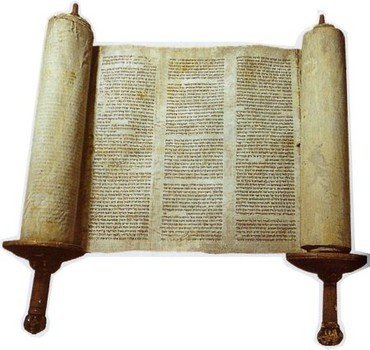 04 Feb Can new algorithm decipher who wrote the Bible?

A new software program developed by Bar-Ilan University computer scientist Moshe Koppel, his student Navot Akiva, Tel Aviv University computer scientist Nachum Dershowitz, and Hebrew University graduate student Idan Dershowitz has a novel algorithm that can analyze texts and determine information about an “unknown author,? whether they are male or female, their personality and cultural background by identifying small clusters of text that are distinguishable from each other due to different choices among available synonyms.

The researchers believe this software will be groundbreaking and time-saving for Bible scholars.

“When the algorithm is applied to books for which the underlying authorial components are unknown, the method can automatically identify the best possible such division.”

“Koppel, along with fellow researchers Shlomo Argamon, Jonathan Schler and James W. Pennebaker, wrote that ‘authorship profiling can help police identify characteristics of the perpetrator of a crime when there are too few (or too many) specific suspects to consider,’ or help corporate officials analyze blogs and postings on websites to sharpen their message.”

The details of the method and the proof of its efficacy were presented for the first time earlier this month at the annual meeting of the Association for Computational Linguistics in Portland, Oregon. The researchers are currently working on a follow-up paper that will detail the implications of their work for Bible scholarship.

According to the Forbes article: Can Computer Algorithms Determine Who Wrote the Bible? by Alex Knapp:

“To test out the algorithm, the team created a composite document out of the books of Ezekial and Jeremiah, then took the combined document through their algorithm. The result was a very high accuracy level of classification of the disparate texts ? a little over 80%. The team also applied their method to the Pentateuch, and were able to verify the general scholarly classification of those books into Priestly and non-Priestly sources with over 90% agreement with the current scholarly consensus.?

According to the article: Algorthm sheds light on the Bible:

“The places in which the program disagreed with accepted scholarship might prove interesting leads for scholars. The first chapter of Genesis, for example, is usually thought to have been written by the ‘priestly’ author, but the software indicated it was not.

“Similarly, the book of Isaiah is largely thought to have been written by two distinct authors, with the second author taking over after Chapter 39. The software’s results agreed that the book might have two authors, but suggested the second author’s section actually began six chapters earlier, in Chapter 33.”

The differences “have the potential to generate fruitful discussion among scholars,” said Michael Segal of Hebrew University’s Bible Department, who was not involved in the project.

Does God write in many voices?

“No amount of research is going to resolve that issue,” said Koppel.