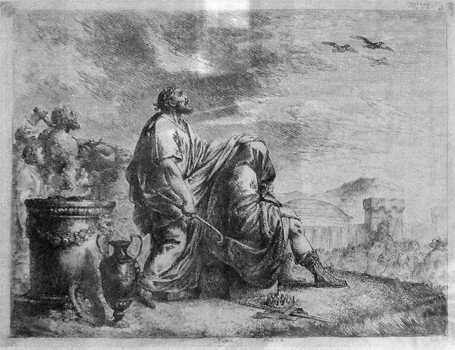 In a Time.com article, Why the Aflockalypse Is Business As Usual For Biodiversity?And Why That’s Not Good, Bryan Walsh reasons that the mass animals deaths reported in the media this past week: The dead birds in Louisiana, Arkansas and Sweden and the fish in Britain, Florida, Brazil, Haiti and New Zealand, are not signaling some kind “Revelations-like event? but rather are quite common.

He quotes, Greg Butcher of the Audubon Society:

Mass bird die-offs can be caused by starvation, storms, disease, pesticide, collision with man-made structures or human disturbance … Initial findings indicate that these are isolated incidents that were probably caused by disturbance and disorientation.

He also refers to a quote by LeAnn White, a wildlife disease specialist with the U.S. Geographical Survey who stated “she knew of at least 16 cases over the past 20 years of large numbers of blackbirds dying all at once.”

The article concludes that these recent events point to bad state of affairs of biodiversity on the planet and the high rate of extinction of many species (see video).

Except for the media’s pleasure in linking up random events and sensationalizing them, what else except end time’s prophecies could stir such shock and awe deep in our psyches?

The truth could lie in our racial memories. Augury, the study of the chattering, singing, feeding and flight of birds, was used in ancient times to foretell future events or receive guidance from the Deity or Spirit. In ancient Rome and Greece, almost nothing was undertaken unless birds “sanctioned? it.

Ancient Romans had a very extensive form of augury and it took on great importance. Whenever a Roman official needed confirmation about a policy, an augury was scheduled. An augur usually performed their augury on a hill top. An area was mapped out on the hill and great attention was taken to the compass direction. During the augury many things were noted such as whether the birds made sounds, which direction were they flying, what kind of birds were they, and if they made any changes of direction. The augur would also pay close attention to weather elements and cloud formations. The augur would ask yes or no questions and then make note of all the natural phenomenon. After many long hours or days of observation, the official would receive the advice of the augur.

Interesting bit of trivia the author adds that: ” Whenever it was time to install new government leaders an augury was always held to make sure the installment had the proper timing. “

This is the meaning of the word inauguration.

Socrates was also a believer in augury but with the provision that the birds or whatever form used were just instruments of the gods to bring messages to us mortals.

Only, whereas most men say that the birds or the folk they meet dissuade or encourage them, Socrates said what he meant: for he said that the deity gave him a sign. Many of his companions were counselled by him to do this or not to do that in accordance with the warnings of the deity: and those who followed his advice prospered, and those who rejected it had cause for regret. (Xenophon)

Roman augury was practical, it didn’t predict future events but essentially taught them “whether they were to do or not to do the matter purposed; giving a simple, yes or no answer. Not all birds could give auguries among the Romans.

Some examples of omens:

The raven: a favorable omen when it appeared on the right. “Of the call of ravens, Pliny says that the worse message is when they make a plaintive whine, as though they were being strangled.” (Natural History X.33)

The crow: unfavorable when it was seen on the left.

Some birds by their mere appearance, as the bubo (eagle owl), spinturnix (Plin. Nat. 10.34-37), and some again were birds of omen only to particular classes of events or people: e. g. the aegithus (hawk) for weddings and agriculture (ib. 10.21), the swan for mariners, and the dove for kings (Serv. ad Aen. 1.393). Other peculiarities also of their appearance were ominous, such as tearing themselves (Festus, s. v. Voisgram; Stat. Theb. 3.513). There were very great minutiae, such as the nine different notes of the owl (Plin. Nat. 10.39), but they need not be touched upon.

Whether the right side or the left side is auspicious gets a bit confusing when comparing the Romans and Greeks according to Plato:

“Plainly, however, it is based on the Pythagorean doctrine of “Opposites,? in which the Odd (number) is “superior? to the Even, and the “Right? (side) to the Left (as also the “Male? to the “Female?). In Greek augury, also, the left was the side of ill omen (sinister), whereas in Roman augury the right is so.? (Plato in Twelve Volumes)

From a few ancient texts, from Tyresias, Parnassus, Calchas and others blessed with the gift of understanding the language of birds, the following bits can be gathered from a few records:

If a flock of birds came flying about a man, it was an excellent omen.

Vultures were unlucky and meant slaughter if following an army. Also ravens and crows were dangerous for armies; (Alexander the Great’s death was preceded by ravens).

Owls portended victory, swallows were unlucky, cocks crowing were auspicious but if a hen did the same it was considered a very bad judgment.

Birds flying into houses were such bad omens in ancient Greece that they would capture these birds and hang them outside their doors to atone for “those evils which they threatened the family?

An interesting form of divination used in both ancient Greece and Rome was performed with chickens:

After opening the chicken pen (with chickens especially put aside for this purpose), corn or crumbs were thrown to the ground; if the chickens did not immediately run to eat or scattered the food with their wings, flew away or didn’t even notice the food, it was considered a “no? or a bad omen. If they leapt out of the pen and even dropped food from pecking so hard it was a “yes? and portended success and happiness.

The only bit about fish was this from Suetonius: The Lives of the Twelve Caesars (1889):

There was also found a large chest, filled with a variety of poisons, which being afterwards thrown into the sea by order of Claudius, are said to have so infected the waters that the fish were poisoned and cast dead by the tide upon the neighbouring shores.

It would be interesting to see what an ancient augur in Louisiana, Arkansas or Sweden would say to its rulers or peoples. The prophecies would probably be a bit conflicting since in each place the birds would be positioned in a different direction in the sky; each individual receiving a message from the Deity depending on if the bird fell on their roof or in their swimming pool.

After standing on high ground and looking about in all directions with my ancient lituus (a small curved wand augurs used to mark out the sky), the safest augury in this case for everyone would be this:

“Your world is being destroyed by your carelessness, selfishness and greed.?

Unexplained bird deaths not new but not ancient Examiner.com

Why the Aflockalypse Is Business As Usual For Biodiversity?And Why That’s Not Good Time.com

PLINY’S NATURAL HISTORY. THIRTY-SEVEN BOOKS. A TRANSLATION ON THE BASIS OF THAT BY DR. PHILEMON HOLLAND, ED. 1601.