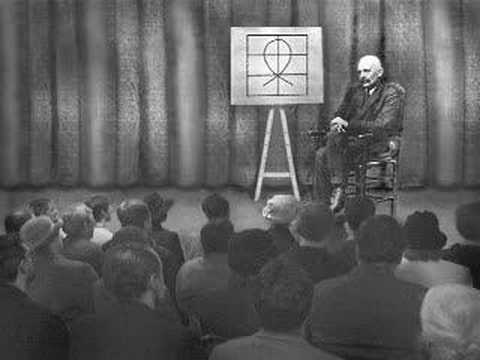 Sometimes a man is lost in revolving thoughts which return again and again to the same thing, the same unpleasantness, which he anticipates and which not only will not but cannot happen in reality.

These forebodings of future unpleasantness, illnesses, losses, awkward situations often get hold of a man to such an extent that they become waking dreams. People cease to see and hear what actually happens, and if someone succeeds in proving to them that their forebodings and fears were unfounded in some particular instance, they even feel a certain disappointment, as though they were thus deprived of a pleasant expectation.

Very often a man leading a cultured life in cultured surroundings does not realize how big a role fears play in his life. He is afraid of everything: afraid of his servants, afraid of the children of his neighbor, the porter in the entrance hall, the man selling newspapers around the corner, the cab-driver, the shop assistant, a friend he sees in the street and tries to pass unobtrusively so as not to be noticed. And in their turn the children, the servants, the hall porter, and so on, are afraid of him.

And this is so in ordinary, normal times but, at such times as we are going through now, this all-pervading fear becomes clearly visible.

It is no exaggeration to say that a great part of the events of the last year are based on fear and are the results of fear.

Unconscious fear is a very characteristic feature of sleep.

Man is possessed by all that surrounds him because he can never look sufficiently objectively on his relationship to his surroundings.

He can never stand aside and look at himself together with whatever attracts or repels him at the moment. And because of this inability, he is identified with everything.

This too is a feature of sleep.

You begin a conversation with someone with the definite aim of getting some information from him. To attain this aim you must never cease to watch yourself, to remember what you want, to stand aside and look at yourself and the man you are talking to. But you cannot do it. Nine times out of ten you will become identified with the conversation and instead of getting the information you want, you will yourself tell him things you had no intention of telling.

People have no idea how much they are carried away by fear. The fear is not easily defined. More often than not it is fear of awkward situations, fear of what another man may think. At times this fear becomes almost a mania.

Article Name
Some Advice About Fear For 2020 From A Mystic in 1917
Description
These forebodings of future unpleasantness, illnesses, losses, awkward situations often get hold of a man to such an extent that they become waking dreams.
Author
Tima Vlasto
46
SHARES
ShareTweet