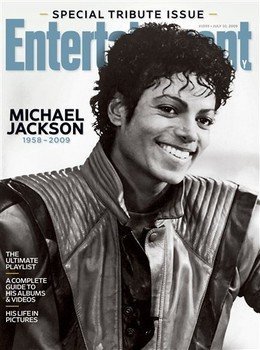 “Michael: No matter what, the most powerful thing in the world is the human mind and prayer, and belief in yourself and confidence and perseverance. No matter how many times you do it, you do it again until it’s right. And always believe in yourself. And not matter who’s around you that is being negative or thrusting negative energy at you, totally block it off. Because whatever you believe, you become.”

Michael Jackson spoke these words in an Online Audio Chat sponsored by GetMusic.com and RollingStone.com on October 26, 2001 with Anthony DeCurtis as the moderator.

His views on the songwriting process:

“Michael: Well, the songwriting process is something very difficult to explain because it’s very spiritual. It’s, uh…You really have it in the hands of God, and it’s as if it’s been written already – that’s the real truth. As if it’s been written in its entirety before were born and you’re just really the source through which the songs come. Really. Because there is…they just fall right into your lap in its entirety. You don’t have to do much thinking about it. And I feel guilty having to put my name, sometimes, on the songs that I – I do write them – I compose them, I write them, I do the scoring, I do the lyrics, I do the melodies but still, it’s a…it’s a work of God.”

“You give of your talent, of your ability… the talent that was given you by the Heavens. That’s why we’re here, to bring a sense of escapism in time of need. And, uh, if you’re a painter you paint; if you’re a sculptor, you sculpt; if you’re a writer, you write; if you’re a songwriter, you give songs; if you’re a dancer, you give dance. You give people some love and some… some bliss and some escapism, and to show that you truly care from the heart, and be there for them. Not just from a distance, but show you really care. You know, take the long mile and be there for them. And that’s what I did, and many others who cared and helped. And it’s an important thing.”

His views on dancing:

“You become…. Dancing is about interpretation. You become…. You become the accompaniment of the music. So when you become the bass of Billie Jean, I couldn’t help but do the step that I was doing when the song first starts, because, uh, that’s what it told me to do. You know, if I turn around, spin, stop, move my legs to the side and then lift up the collar of my shirt, that’s for that moment is an accompaniment.”

His views on a spiritual energy:

“Anthony: Now Glenn from Toronto Canada asks, “Do you feel a special spiritual energy when you’re performing; do you feel you are connected to a higher force? Cause this is what you make many feel when they see you live?”
Michael: That’s exactly what it is, you’re connected to a higher source and you just go with the moment and you become one with, you know, the spirit. Not to sound religious or anything, but it’s a very spiritual… very much like religion, and it’s a God-given gift and you just go with it. And I’m honored to have been given it. And, uh, as fun to become one with the audience. It’s a one-ness, you know?”

His views on music and the music of the spheres:

“And playing music, the grass and the trees and the flowers… They’re all influenced by music. They become more beautiful and more vibrant in how they grow. Music is a very important and powerful substance, and all the planets in the universe make music. It’s called music of the spheres. They all make a different note; they make harmony. So there’s harmony even in the universe as we speak.”

Interesting mix of views: Zen, Christian, New Age and ancient philosophy combined. Michael embraced a potpourri of mystical faiths. It’s not certain how deep his faith really was, or how much he applied his faith steadily to his life. We can speak “truths” or grapevine philosophies. We can embrace these ideals with our minds, bodies and souls for moments or for interviews or when questioned about them, but integrating them into the “whole” of ourselves, (creating a “united” Self with our many sub-personalities) and acting from that core, is another matter and a challenge we all face every day.

The most shocking point in the interview to read now, after knowing Michael’s long-term battle with pharmaceuticals is this:

“But in the music business some of these great artists have become stumped because they self-abuse themselves at a young age, with all these crazy things they drink and pills and things, and uh, that’s just not good — just not a good thing. I hate to say that to hurt anybody, but we should take care of our bodies a little more.”

If that insidious sub-personality hadn’t gotten the best of him, we may have  been able to be inspired for many more years by his music.

“Um, like any painter or sculptor, they paint… they do their best work when they’re in the 60s and their 70s. Fred Astaire did his best dancing when he was in his 70s. Angelo [Michelangelo] sculpted late into his 60s and 70s, doing brilliant ingenious work.”

He dreamed of a long career and his most ingenious work at an old age. Imagine music more ingenious than Thriller in its time.