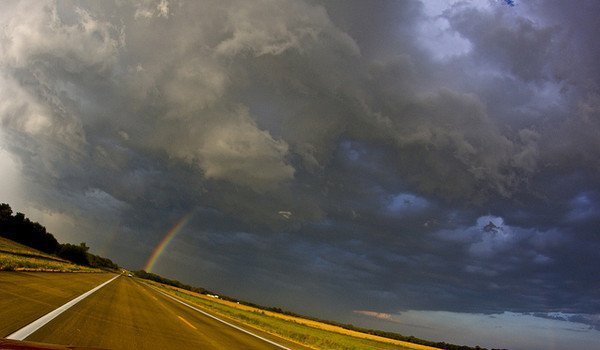 01 Apr Young or old, key to longevity is a sense of purpose, new study says

Are you caught up on a meaningless treadmill of activity and feel empty inside? Has following the crowd, chasing the latest manufactured dream or escaping pain and fear left you alone, isolated and wandering aimlessly through life? Young or old, finding a sense of purpose within yourself will prolong your life, according to new research.

Though previous studies show an elderly person with high purpose in life was about half as likely to die, Patrick Hill of Carleton University in Canada and his colleague Nicholas Turiano of the University of Rochester Medical Center, took this one step further. They examined data from over 6000 participants available from the 14-year follow-up period represented in a Midlife in the United States (MIDUS) study to confirm if having a sense of purpose predicts lower mortality over an entire lifespan and not just for older people.

Out of the 6000 participants, the 569 of the participants who died (about 9% of the sample) had a lower sense of purpose in life and fewer positive relationships. Surprisingly it wasn’t just the elderly who gained the benefit but also the young and middle-aged participants.

“These findings suggest that there’s something unique about finding a purpose that seems to be leading to greater longevity.?

A very powerful example of how having a sense of purpose led to a greater chance of survival is documented in Victor Frankl’s famous book, “Man’s Search for Meaning? in which he describes his experiences in concentration camps during the Second World War. He found that those who were most likely to survive had a goal or purpose.

But how are we supposed to figure out our purpose in this modern society of ours, stripped of traditional belief systems and full of scientific discoveries pulling us in a thousand different directions proving and disproving everything?

In a concentration camp, choosing “getting out alive? either to see one’s loved ones or to tell the world the truth, or to complete one’s destiny knowing you’re responsible for someone else or need to fulfill something in the future, is a somewhat obvious sense of purpose. But, what about most of us who are not in such dire circumstances and the choices are less obvious? Frankl later noted this shift in our present society. He stated:

“The existential vacuum is a widespread phenomenon of the twentieth century. This is understandable; it may be due to a twofold loss which man has had to undergo since he became a truly human being. At the beginning of human history, man lost some of the basic animal instincts in which an animal’s behavior is imbedded and by which it is secured. Such security, like Paradise, is closed to man forever; man has to make choices. In addition to this, however, man has suffered another loss in his more recent development inasmuch as the traditions which buttressed his behavior are now rapidly diminishing. No instinct tells him what he has to do, and no tradition tells him what he ought to do; sometimes he does not even know what he wishes to do.?

How are we to decide what to do and what to value when there are so many options and possibilities? Frankl states:

“Woe to him who saw no more sense in his life, no aim, no purpose, and therefore no point in carrying on. He was soon lost. The typical reply with which such a man rejected all encouraging arguments was, “I have nothing to expect from life anymore.? What sort of answer can one give to that?”

“What was really needed was a fundamental change in our attitude toward life. We had to learn ourselves and, furthermore, we had to teach the despairing men, that it did not really matter what we expected from life, but rather what life expected from us. We needed to stop asking about the meaning of life, and instead to think of ourselves as those who were being questioned by life ? daily and hourly. Our answer must consist, not in talk and meditation, but in right action and in right conduct. Life ultimately means taking the responsibility to find the right answer to its problems and to fulfill the tasks which it constantly sets for each individual.”

“These tasks, and therefore the meaning of life, differ from man to man, and from moment to moment. Thus it is impossible to define the meaning of life in a general way. Questions about the meaning of life can never be answered by sweeping statements. “Life? does not mean something vague, but something very real and concrete, just as life’s tasks are also very real and concrete. They form man’s destiny, which is different and unique for each individual. No man and no destiny can be compared with any other man or any other destiny. No situation repeats itself, and each situation calls for a different response.”

“Sometimes the situation in which a man finds himself may require him to shape his own fate by action. At other times it is more advantageous for him to make use of an opportunity for contemplation and to realize assets in this way. Sometimes man may be required simply to accept fate, to bear his cross. Every situation is distinguished by its uniqueness, and there is always only one right answer to the problem posed by the situation at hand.?

Please share what gives meaning and purpose to your life in the comments below.