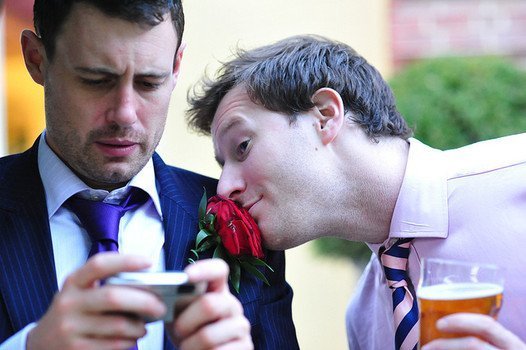 06 Dec You can smell the male or female sex without looking, new study says

The human nose it appears can smell gender even without visual cues.

New research, “Chemosensory Communication of Gender through Two Human Steroids in a Sexually Dimorphic Manner,? reported on May 1, 2014 in the Cell Press journal, Current Biology, reports that a whiff of certain chemicals the body produces can influence how we perceive someone’s movement as being either more masculine or feminine.

Our bodies produce active steroid ingredients (androstadienone in males and estratetraenol in females) and depending on both our biological sex and our sexual orientations, these scents communicate our gender.

“Our findings argue for the existence of human sex pheromones,” says Wen Zhou of the Chinese Academy of Sciences. “They show that the nose can sniff out gender from body secretions even when we don’t think we smell anything on the conscious level.”

It wasn’t clear in earlier studies if these chemicals were actual sexual cues. In previous reports, Androstadienone (found in male semen and armpits) put females in a good mood as opposed to males and Estratetraenol, first identified in female urine, has similar effects on males.

In the new study, Zhou and her colleagues asked males and females, both heterosexual and homosexual, to watch point-light walkers (PLWs) move in place on a screen. PLWs consist of 15 dots representing the 12 major joints in the human body, plus the pelvis, thorax, and head. They had to decide if those digitally walkers were more masculine or feminine. The participants were exposed to androstadienone, estratetraenol, or a control solution, all of which smelled like cloves.

This is the first evidence that the two human steroids communicate gender information and that our perception draws on subconscious chemosensory biological cues and not what we see.