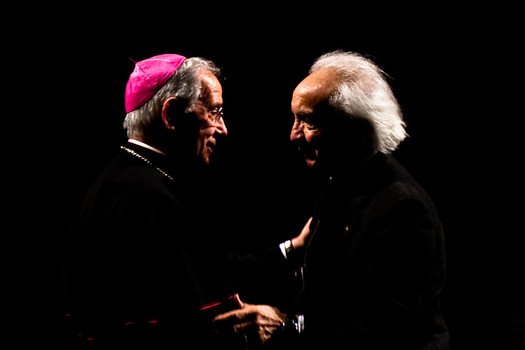 10 Oct Who’s winning the race to power and truth: Science or spirituality?

Deepak Chopra in a June 24, 2014 article, “Skepticism and a Million Dollar Challenge,? brings our attention to a new age of skepticism. He states:

“Skepticism, of the kind advanced by characters as diverse as James “The Amazing” Randi, Richard Dawkins, Laurence Krauss, and Jerry Coyne, does far more harm than good.

We’re confronted with a strange mixture of bedfellows: an aging stage magician, an Oxford professor on the rampage against “the God delusion,” an astrophysicist, and a biology professor at the University of Chicago who sees himself as a gadfly against pseudoscience. Behind them marches a ragged band of atheists, scientists, blogosphere pests, mischievous troublemakers, and sincere doubters.”

He somewhat sarcastically states that this entire trend is based on the assumption that religion and faith actually still have relevance or are taken seriously in our day and age. “Science,? he says, “won the day long ago!?

But Chopra does point out a small and crucial detail:

“The world’s wisdom traditions are just as precious as science. To lump them together as arrant charlatanism (as if Buddha and Jesus stand on the same level as a stage magician or con man) is grossly misleading. To dress up this hostile attitude as scientific and rational only deepens the deception.?

In a knot of assumptions, dogfights and hostile debunkers, it is important to unravel this through clarity, insight and sober questioning.

Professor Dr BM Hegde, a medical scientist, educationist and author, in a recent article on Moneylife.com “Science can answer how but no why,? suggests that reductionist western science is incapable of answering the ?why’ things happen and can seem to answer ?how’. He rhetorically questions whether science needs to borrow from spirituality and vice-a-versa.

‘That there is indeed a limit upon science is made very likely by the existence of questions that science cannot answer and that no conceivable advance of science would empower it to answer? It is not to science, therefore but to metaphysics, imaginative literature or religion that we must turn for answers to questions having to do with first and last things.

Science is a great and glorious enterprise – the most successful, I argue, that human beings have ever engaged in. To reproach it for its inability to answer all the questions we should like to put to it is no more sensible than to reproach a railway locomotive for not flying or, in general, not performing any other operation for which it was not designed.?

Hegde, who is a doctor for over 50 years, Editor in Chief of the medical journal, Journal of the Science of Healing Outcomes and a Padma Bhushan awardee, expresses his dismay with the limits of science:

I am disillusioned by modern Western science. Why does a young man, apparently healthy, die suddenly of a massive heart attack, despite his having done everything scientifically correctly, while an elderly gentleman, with advanced coronary artery disease, still jugs on beyond 80? Science is simply making models which are mathematical constructs and, with verbal jargon, they are supposed to work… When we claim that the heart, a small muscular structure weighing just 300 grams, pumps blood into a capillary system of totally 500,000 kilometres, which are thinner than our hair, not letting even a red blood cell to pass through easily, we are not being truthful. But neither did we ask such questions nor do we let our students do that.

Another recent article in The Washington Post on June 16, 2014, “Dean Ornish talks about cheeseburgers and yoga, and what they mean for heart health,? author Suzanne Allard Levingston exemplifies the shifting landscape of science:

“For years it was thought that bed rest was the best medicine for heart attacks. Then, in the 1950s, the idea of getting patients to move around ? at least a little ? after an attack became the norm. The 1970s featured highly monitored exercise programs. By the 1990s, the idea became more radical: Patients suffering from coronary artery disease could reverse the condition through diet, exercise and lifestyle changes, without the aid of drugs.?

She reports on Dean Ornish’s 1990 study that found that a plant-based diet, mild exercise, stress reduction and social support could reduce coronary artery blockages. Over the years, the evidence has mounted linking these lifestyle factors to improved heart health.

Dean Ornish said in the interview within the article that,

“Beginning in 1977, we began publishing a series of clinical research trials, showing for the first time that instead of getting worse and worse, most people could get better and better, if they were willing to make comprehensive changes in diet and lifestyle that went beyond what most [doctors] had been recommending until then. And these include a whole-foods, plant-based diet that’s naturally low in both fat and in sugar and refined carbohydrates; a series of stress management techniques including yoga and meditation; moderate exercise; and what we call psychosocial support, which is another way of saying love and intimacy and community.?

These shifts in the landscape are only symptoms of a deeper dis-ease science suffers from, as Hegde pinpoints by saying: “Today’s science wants to be all-knowing and the concept of God does not seem to exist.?

Hedge’s humor and irony comes out in his statement, “Max Planck, has written that “I regard consciousness is fundamental. I regard matter as derivative from consciousness.? I don’t think that the best surgeon will be able to heal a surgical wound in a dead body without consciousness!

Caring and sharing is spirituality in essence. Occult healing methods were used in healing in many civilizations and with success. We will have to re-invent them, for the good of mankind. Let us get out of our arrogant mind-set that only science can solve all our problems.

It is this world run by an all-knowing, authoritative scientific imperialism, its unquestioned privilege, power and influence is what needs examining. Without rejecting its methodology, the ethics behind the idea that ?science is the model of truth and rationality’ might need some consideration from all of us.