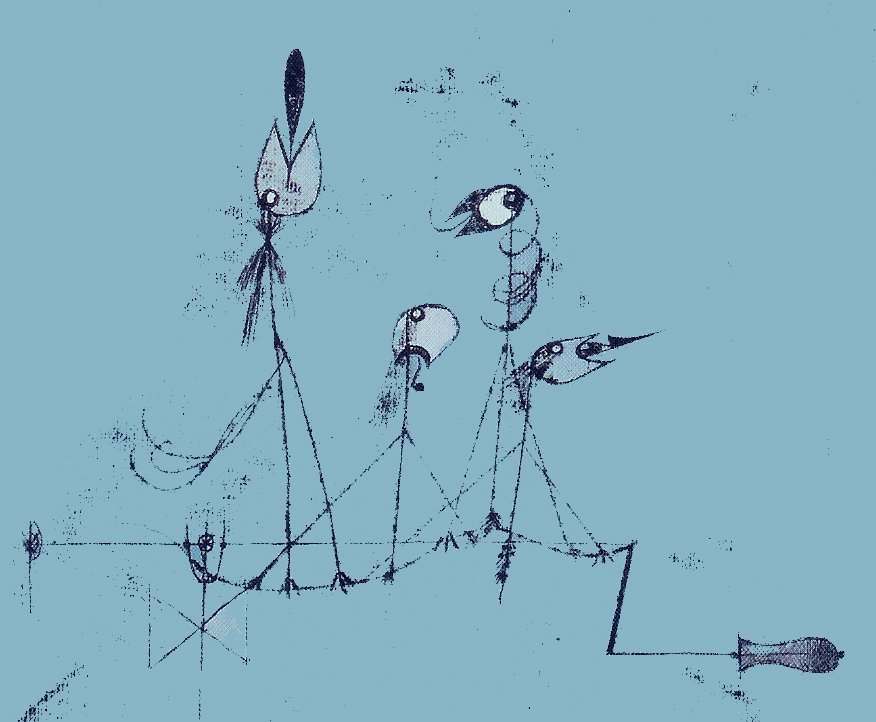 01 Apr The magic behind how the Twitter meme went viral

Did Paul Klee knowingly or unknowingly seed the first Twitter meme – a ‘mechanical chirping bird’ in his painting Twittering Machine? In 1922, a Swiss-German painter Paul Klee painted a watercolor and pen and ink oil transfer on paper which depicted a group of birds on a wire or branch connected to a hand-crank. 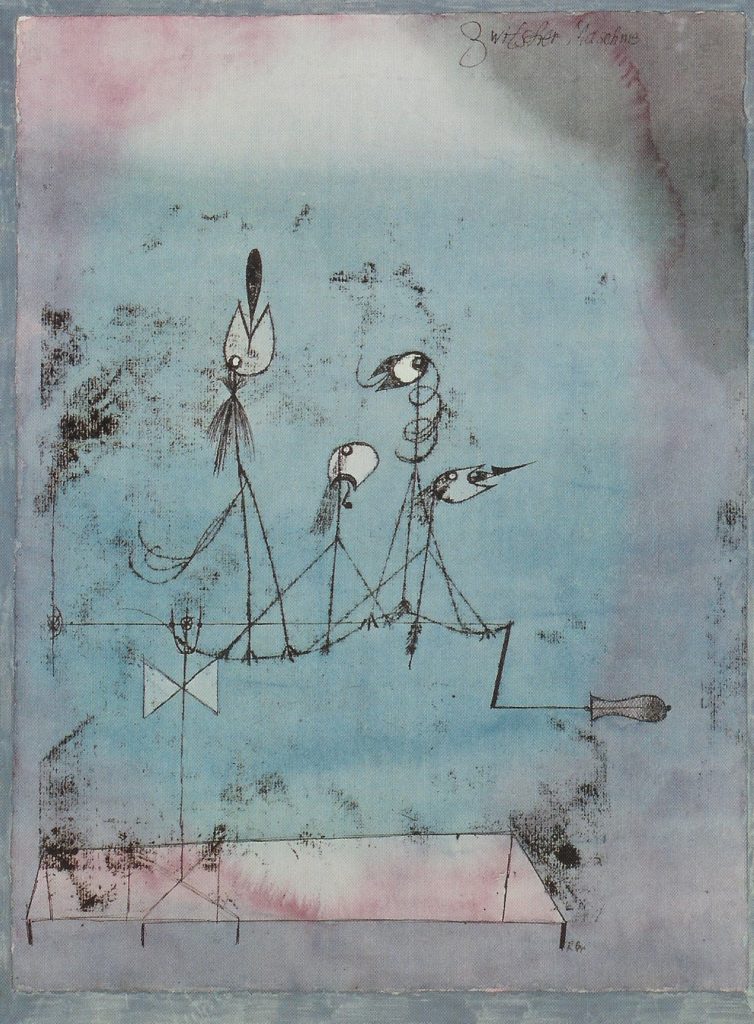 This piece of artwork was originally displayed in Germany, but was considered “degenerate art? by Hitler in 1933 and was sold by the Nazis to an art dealer in New York in 1939. Now it is at the New York Museum of Modern Art (MoMA) and according to New York Magazine, in 1987 it was a popular piece to hang in children’s bedrooms:

So embedded in childhood prehistory is this image – which always seemed to be taped to kids’ bedroom walls, next to Rousseau’s “The Sleeping Gypsy” that it is difficult to see the picture for what it is, a fierce parable of an artist’s life among the Philistines. Klee, who once wrote, “Art is a likeness of creating” – a marvelously expansive definition- has clamped the feet of his birds to a crankshaft. Like Charlie Chaplin caught in the gears of “Modern Times” they whir helplessly, their heads flopping in exhaustion and pathos. One bird’s tongue flies up out of its beak, an exclamation point punctuating its grim fate – to chirp under compulsion.

Paul Klee may have concocted “a spell’ for the future Twitter by creating a magical sigil of lines. Modern Art Prints mentions: “Toward the end of his life, Klee immersed himself in the study of ideographs of all kinds, including hieroglyphics, hex signs and prehistoric cave images.”

Sigils are used for magical spells as well as for the creation of thought-forms and were popularized by occultist and artist Austin Osman Spare in his book, “The Book of Pleasure (Self Love): The Psychology of Ecstasy” – which he self-published in 1913. The method to create them is to take words of a statement of intent and reduce them into an abstract design which is then charged with the will of their creator. 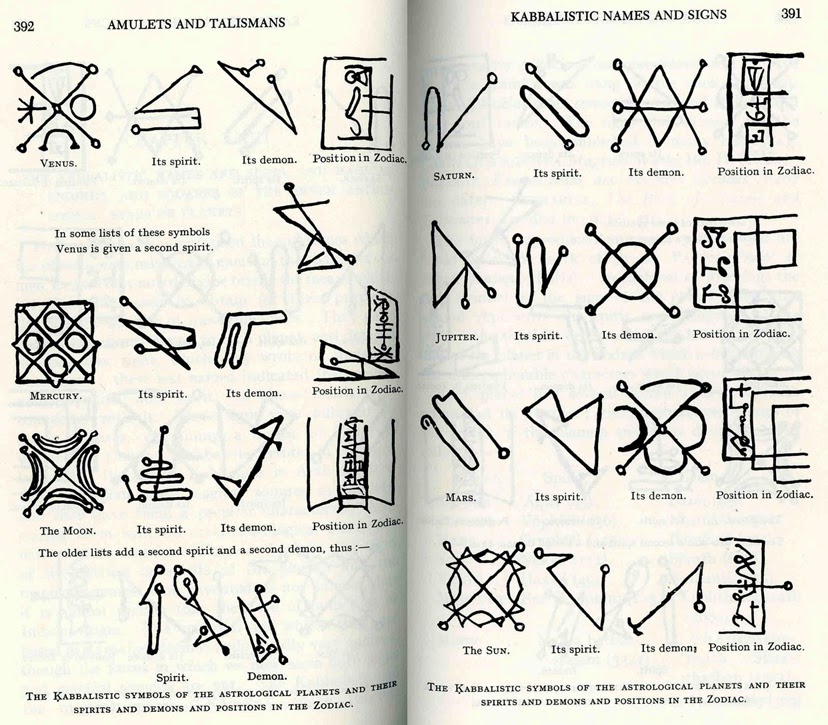 But whether we use the word magic, fashion, trend, meme or viral to explain how ideas are born, live and die; it all boils down to the fact that cultural ideas spread almost in the same way as parasitic biological evolution – they find hosts, self-replicate, mutate and fall under a ‘survival of the fittest’ selective pressure.

Twitter is faster and HuffPo more sophisticated, but the parasitic dynamics of networked media were fully functional in the 19th century. For proof, look no further than the Infectious Texts project, a collaboration of humanities scholars and computer scientists. Some of the texts that went viral in the 1800s aren’t all that different from the things people post on Facebook today.

It might be interesting to find out if the print was taped to Twitter founders, Jack Dorsey, Evan Williams, Biz Stone and Noah Glass‘ childhood bedroom walls. And if Paul Klee were alive today he might be shocked how there are now 645,750,000 user (hosts), 135,000 new user ‘hosts’ signing up every day and 58 million “birds chirping under compulsion with pathos to exhaustion” replicating this “mechanical chirping bird meme” into eternity. 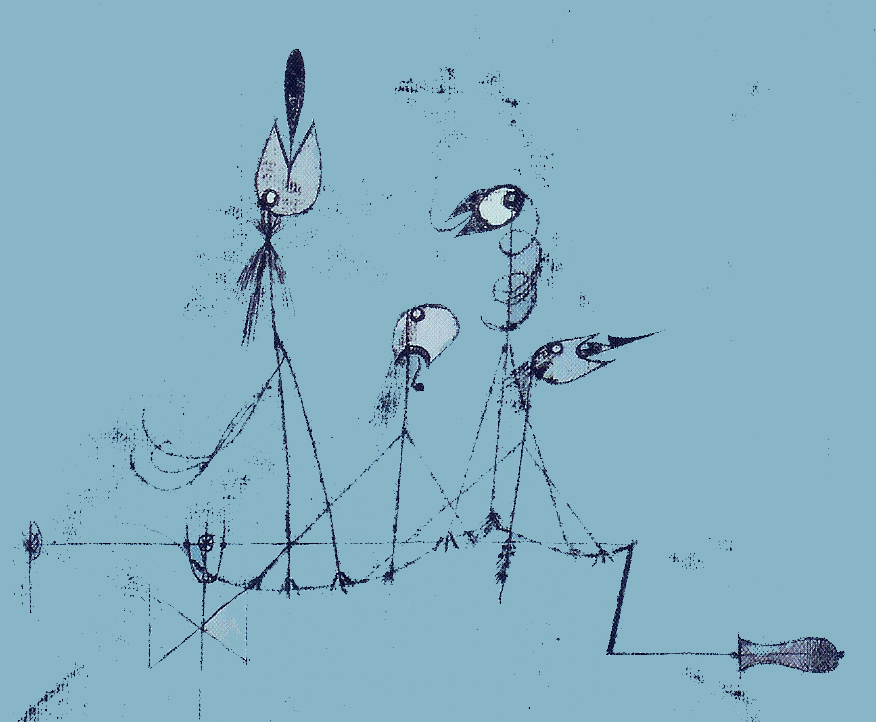