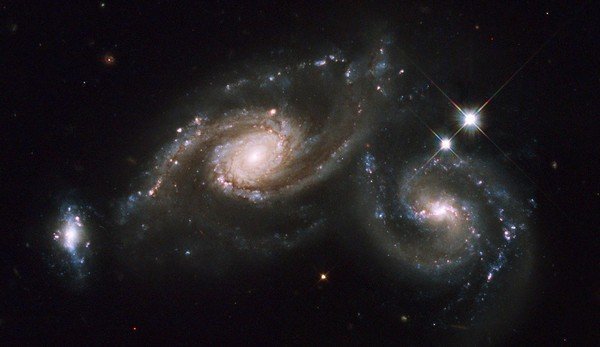 Ten of the most erroneous assessments in the history of astronomy were presented in a May 2014 publication, “On the Benefits of Promoting Diversity of Ideas,? by Abraham Loeb, the Frank B. Baird, Jr. Professor of Science at Harvard University and Chair of the Department of Astronomy and director of the Institute for Theory and Computation (ITC), within the Center for Astrophysics.

According to Loeb, astronomers tend to make a mistake of presuming they know the truth even when there is a lack of data at their disposal. The paper leads with a quote from Mark Twain, “It ain’t what you don’t know that gets you into trouble. It’s what you know for sure that just ain’t so.? He goes on to say that this flaw has led to multiple ‘blunders’ in research plans by the scientific community.

Some examples from the paper are:

In 1908, Edward Pickering, then director of the Harvard Observatory believed that telescopes had reached an optimum size and that the focus should be where telescopes should be installed. Right before Pickering’s paper was published, George Ellery Hale obtained first light on the 60-inch telescope at Mt Wilson Observatory, which became one of the most productive telescopes in astronomical history. Loeb goes on to cite a 100-inch telescope used by Hubble and Humason in 1917 which discovered the expansion of the universe as well as other examples.

In 1925, Cecilia Payne-Gaposchkin who published the first PhD in Astronomy at Harvard-Radcliffe concluded that the Sun’s atmosphere was mostly made of hydrogen. While reviewing her dissertation, Princeton astronomer Henry Norris Russell convinced her to not make the conclusion that the composition of the Sun is different than that on Earth, because it wasn’t an accepted belief at the time.

Loeb also gives the example from the early 1960s, of a 5-year delay in launching an X-ray telescope into space. At the time, there wasn’t enough motivation to build an X-ray telescope since allegedly the X-ray sources would be flaring stars. Other examples are Ostriker’s theory presented at Caltech on dark matter in the 70s, convincing scientists that “cosmology is a science? and the COBE satellite discovery in 1992, high red-shift galaxies, Kuiper Belt Objects and more.

It is a fascinating read. Loeb, by highlighting the mistakes of the past, attempts to shed some light on the future of astronomy, hoping that a fraction of future telescope resources will be devoted to ‘risky explorations’ and in that way promoting a “diversity of ideas,’ as we have attempted to do with gender and race in our society.

Professor Loeb has other interesting theories, no wonder TIME magazine selected Loeb as one of the 25 most influential people in space. In a previous paper, “The Habitable Epoch of the Early Universe,‘ he speculates that there was a brief period of about 7 million years, which Loeb calls the habitable epoch ? “where most of the universe would’ve been habitable by life.”

In an article on ExtremeTech, “Did the genesis of life occur just after the Big Bang, almost 14 billion years ago?” author Sebastian Anthony states: “All throughout the universe, there is thermal radiation cosmic microwave background (CMB) radiation that’s theorized to be leftover from the Big Bang. Today, the universe is so old and so large that the CMB only warms space to around 2.7 Kelvin (-270.45 Celsius, -454.81 Fahrenheit). Billions of years ago, though, just 10-20 million years after the Big Bang, the CMB would’ve kept the entire universe feeling like a “warm summer day on Earth? (Loeb’s words).”

For around 7 million years, Loeb says the conditions would’ve been just right for the genesis of simple life not only on Earth but everywhere in the universe.

In a Slate article, “What if We’ve Completely Misunderstood Our Place in the Universe?,” author Annalee Newitz states: “For a long time, we’ve had this preconception that life is here on Earth, but the universe is dead,? Loeb said. “But maybe we should be thinking of this as a living universe. We may be relative latecomers to the game.? If life becomes an important ingredient in the development of the cosmos, it unseats humans as the all-important observers of our universe. It suggests that many other eyes watched the skies before our sun was even lit.”

Avi Loeb may be a sober voice in the creation-evolution controversy. His works tease both the creationist and evolutionist to reconsider, think and see that the obvious may be right under our noses.