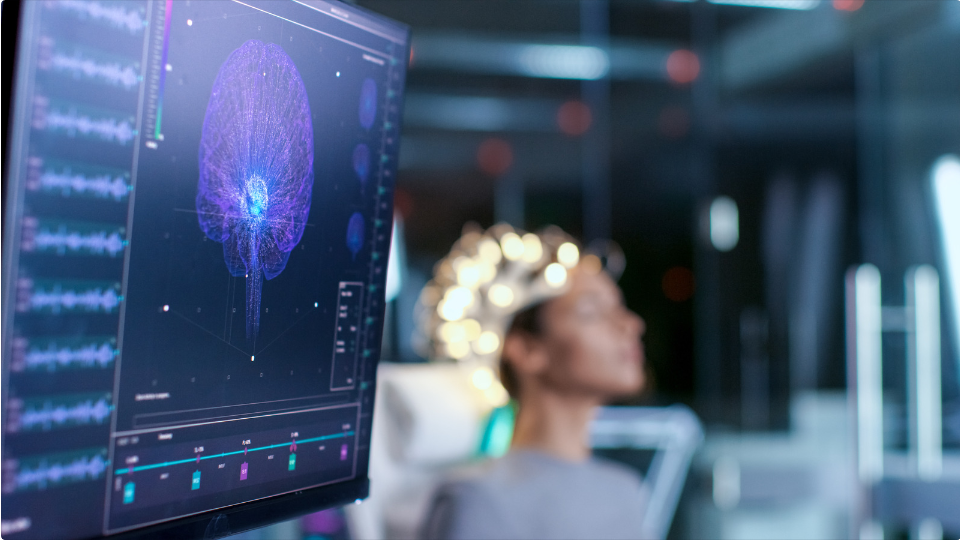 The University of Southampton recently demonstrated that communication from person to person through the power of thought alone is absolutely possible.

A Brain-Computer Interfacing (BCI) was used to capture brain signals that translated into commands which the humans could control just by thinking.

Dr Christopher James from the University’s Institute of Sound and Vibration Research who conducted the experiment comments:

“Whilst BCI is no longer a new thing and person to person communication via the nervous system was shown previously in work by Professor Kevin Warwick from the University of Reading, here we show, for the first time, true brain to brain interfacing. We have yet to grasp the full implications of this but there are various scenarios where B2B could be of benefit such as helping people with severe debilitating muscle wasting diseases, or with the so-called ‘locked-in’ syndrome, to communicate and it also has applications for gaming.”

In the experiment, one person, using a BCI transmitted thoughts over the internet to another person. The experiment required one person to look at a set of binary numbers and imagine moving their left arm for a zero and their right arm for a one. The second person attached to an EEG amplifier received the signals. The receiver’s PC would pick up the binary digits and flash a LED lamp at two frequencies; one represented the zero and the other frequencies the one.

What makes this fascinating is that the LEDS were too subtle to be picked up consciously by the second person, only the electrodes that measured the visual cortex of the receiver could possibly do this. The PC picked up the brain activity of the receiver and showed the results on the computer screen.

Of course, this is brain to brain activity, not mind to mind or soul to soul. This breakthrough though proves a sort of “synthetic telepathy.”

Via the Rhine Research Center blog:

“The Army has given a team of University of California researchers a $4 million grant to study the foundations of “synthetic telepathy.” But unlike old-school mind-melds, this seemingly psychic communication would be computer-mediated. The University of California, Irvine explains: The brain-computer interface would use a noninvasive brain imaging technology like electroencephalography to let people communicate thoughts to each other. For example, a soldier would “think” a message to be transmitted and a computer-based speech recognition system would decode the EEG signals. The decoded thoughts, in essence translated brain waves, are transmitted using a system that points in the direction of the intended target.”

The Rhine Center also mentions: Monkey’s taught how to control robotic limbs, binoculars that tap the unconscious mind and experiments that measure the pre-conscious to pick out targets on satellite imagery.

Though neuroscience attempts to reduce all human experience to the biology of the brain, therefore reducing all spiritual experience, consciousness and free will to interaction of neurons, author Craig Hamilton, points in his paper Neuroscience, Consciousness and the Soul, a new “Emergence theory” that presents the argument, that lower-order phenomena (like our brains) can give birth to higher-order phenomena (like consciousness) but the higher phenomena can’t be reduced to the lower. The example given was, the wetness of water cannot be found in hydrogen and oxygen.

“…in what may be the greatest miracle we know, life somehow managed to evolve an organ (the brain) capable not only of reflecting on itself, but of perceiving an order higher than itself, perceiving, even, that which many believe to be the very source and creative driver of the Cosmos (god).

Looked at in this way, the brain suddenly starts to seem a lot less like some frightening, organic computer that we’d do well to distance ourselves from and a lot more like a rather mysterious and even spiritual event in its own right.

After all, if it can do all that, who knows what kind of genius and untapped potential lives in its folds? Given that human evolution is still in its early days, it in fact seems likely that the awesome powers of the human brain have only begun to reveal themselves. If we can use our gray matter to avoid destroying ourselves, we may find that the story of humanity’s higher potentials is just getting started.”

That being said, an interesting point made in his paper mentioned how the ancient teachings over the millennia have pointed out our physical body’s mechanistic properties:

“From the Buddha’s elaborate teachings on the conditioned nature of mind to 20th-century Russian mystic, G.I. Gurdjieff’s proclamation that “man is a machine,” a central thrust of spiritual teachings throughout the ages has been a call to transcend our conditioned, mechanistic existence and discover a freedom that lies beyond all conditioning. And according to sages across the ages, the first step to doing so has always been facing just how deeply conditioned and machine-like we are.”

Hopefully these scientific breakthroughs won’t only be used in our military defence systems or just for the creation of Kevin Warwick’s Cyborgs, but will slowly facilitate a greater understanding of our higher potentials and hasten the awakening of the full-functioning of our brains, minds and Being.

Communicating person to person through the power of thought alone

Neuroscience, Consciousness, and the Soul