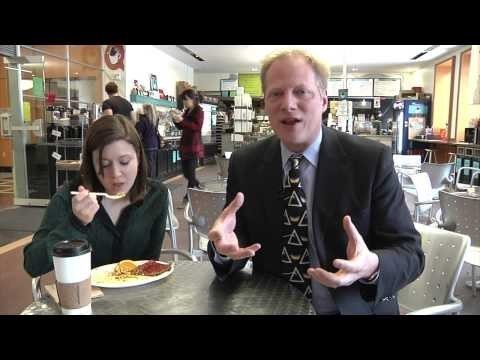 Cornell Food & Brand Lab announced today, April 22, 2014 in “Biting versus Chewing: Eating Style and Social Aggression in Children? that cutting your child’s food makes them twice as obedient and half as aggressive toward their siblings.

The new Cornell study published in “Eating Behaviors”, found that 6-10 year old children were a lot more uncontrollable when they ate foods they had to bite with their front teeth like drumsticks, whole apples, or corn on the cob

Brian Wansink, Professor and Director of the Cornell Food and Brand Lab said, “They were twice as likely to disobey adults and twice as aggressive toward other kids.”

For the 2-day study, 12 elementary aged children were observed during a 4-H summer camp.

Two camp counselors instructed the children to stay within a 9-foot radius circle and were videotaped and evaluated by experts in child behavior, noting whether the children jumped around more or stood on the tables.

On the first day half the children were given chicken drumsticks on the bone and the other half chicken cut up into bite sized pieces. They reversed the conditions on the second day.

Results from both the counselors and experts indicated that when children were served chicken on the bone, they acted twice as aggressively, were twice as likely to disobey adults, left the circle without permission and jumped around and stood on tables, than when they were served bite sized pieces of chicken.

They all suggest there is a connection between how children eat and how they behave and the results of their study could have implications for developmental psychologists as well as for educators and parents.

“If you want a nice quiet, relaxing meal with your kids, cut up their food,” according to Wansink. He had different bottom line advice for school lunchroom staff, “If drumsticks, apples, or corn on the cob is on the menu, duck!”