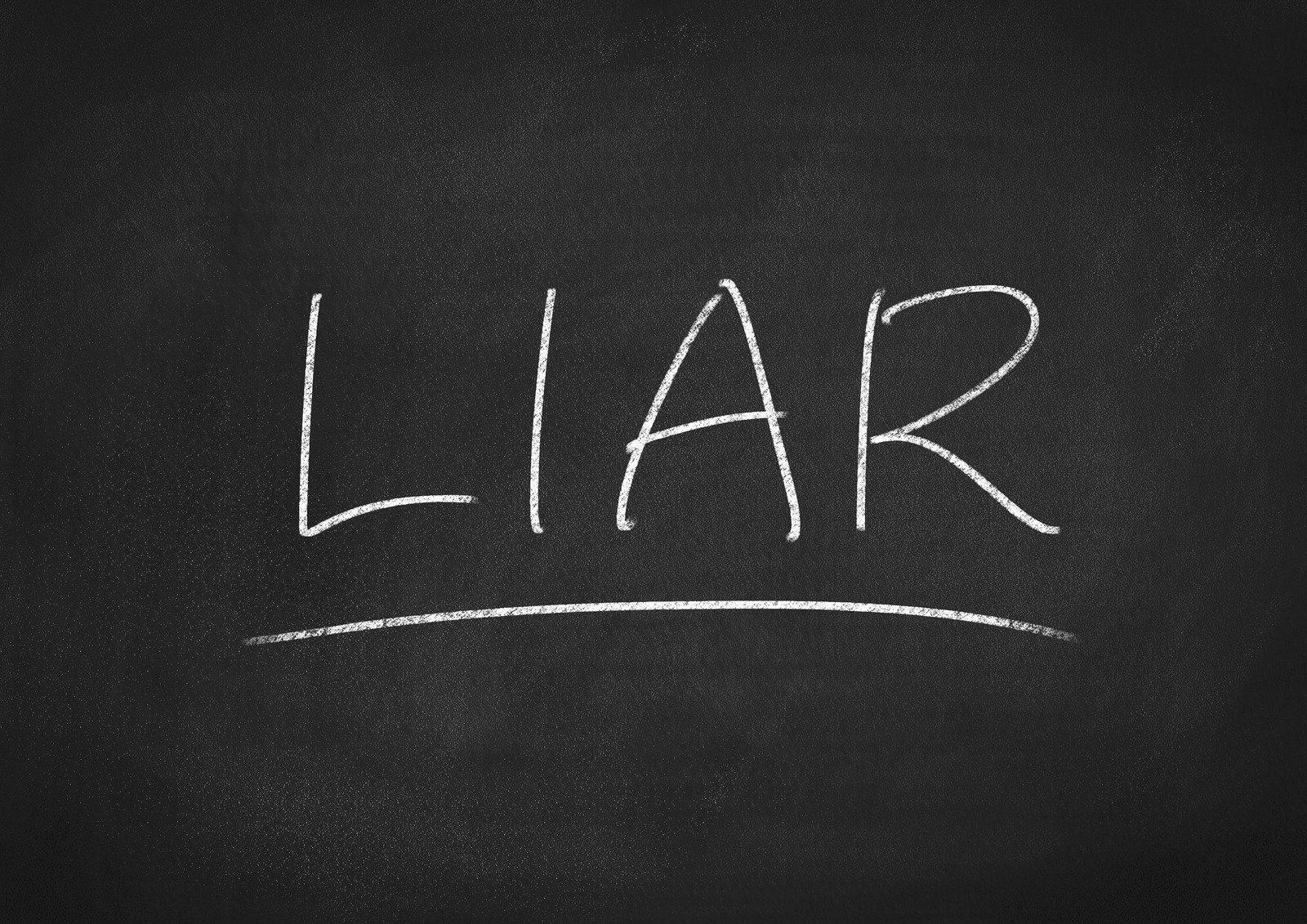 29 Mar Scientific Study Reveals The Handwriting Of A Liar

A recent study published in Applied Cognitive Psychology by researchers, Gil Luria and Sara Rosenblum at the University of Haifa, with the aid of a system called ComPET (Computerized Penmanship Evaluation Tool) which is a piece of paper on a computer tablet with a pressure-sensitive wireless pen, discovered that people who are writing lies press harder on the paper and produce taller letters than those who tell the truth.

The participants were asked to write two paragraphs on the ComPET; one paragraph describing a real event and in the second paragraph, a false text. The results were not easily visible to the naked eye but the program detected differences in the two samples.

Even though handwriting analysis hasn’t completely shaken off its association with occult and pseudoscience, this research leaves its mark in the history of Graphology.

Graphology goes as far back as Aristotle when he said:

In New York, Edgar Allan Poe also analyzed handwriting and published some of his analyses. He used the word “autography” to describe his research which was published in 1926 as a book by Dial Press of New York. Later in 1955, Klara Roman and George Staemphli developed a checklist that organized certain factors and plotted them on a chart called a graphological psychogram. This system of handwriting analysis was developed by Klara G. Roman, during her tenure at the New School for Social Research in New York City and was later refined by Daniel S. Anthony .

It’s interesting to note that Graphology books moved from the occult category and were accepted into the classification of the U. S. Department of Labor in psychological and personnel categories of Dewey Decimal Classification at the Library of Congress in 1979.

Though the results of the Haifa University study were not visible, there are visible handwriting clues that indicate someone is prone to lying. From the Handwriting University International , this graphic scanned from the Grapho-Deck Handwriting Trait Cards, shows a significator of lying: The double loop on a lower case o: 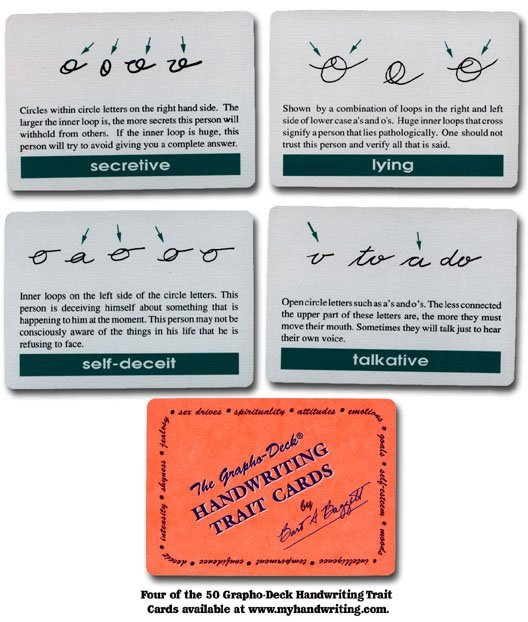 More examples of variations on the lower case o can be viewed: here

In any case, the ComPET program is probably a lot cleaner but maybe not as clever as this ancient Chinese lie detector:

“Dried rice was placed in the mouth of suspects, and when they spit the rice out, they were considered guilty if they still had rice sticking to their tongue. This approach has some scientific validity: Persons under stress tend to have a dry mouth and can’t produce enough saliva to spit out all the rice and a guilty person would presumably be under more stress in such a situation than an innocent.” Schafer, Elizabeth D. (2008). Ancient science and forensics (Wikipedia)

The Handwriting of Liars Lin Edwards

The magic letter “o” reveals how honestly you communicate

Beyond a high IQ: Emotional, social and ecological intelligence in NYC

Cell phone research proves gossip is good for you