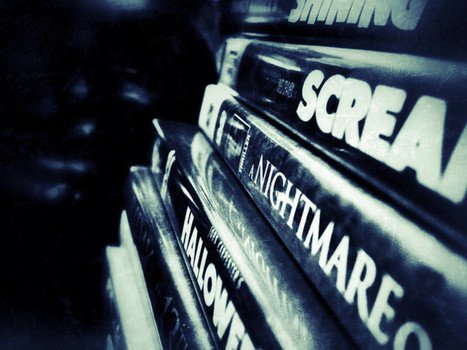 University College London announced May 15, 2014 that watching films with stressful scenes can trigger changes to the heart’s beating pattern, in a new study published in the journal Circulation, Arrhythmia and Electrophysiology.

The team from UCL, King’s College London and Guy’s and St. Thomas’ Hospital found that watching an emotionally charged film clip caused a disturbance to the normal heartbeat and a significant increase in blood pressure.

In the study, 19 patients were shown a clip from the film, “Vertical Limit? while the team simultaneously recorded changes to blood pressure and breathing speed and in a second part of the study the participants recreating the same breathing patterns they exhibited while viewing the clip.

The results showed that blood pressure and heartbeat were not altered by replicating the breathing patterns, so changes in breathing brought on by a shock are not what trigger changes in heartbeat.

Though this is the first study to actually monitor the biological effects of mental and emotional stress in healthy conscious patients (with electrodes placed in the ventricles of their hearts), there are other studies that report the effects of movies on our mental and physical health.

Researchers at the University of Maryland School of Medicine in Baltimore found their group of study volunteers developed a potentially unhealthy response called vasoconstriction that reduced blood flow in their blood vessel linings during stressful movies. On the contrary, they found laughter- producing movies caused the tissue that forms the inner lining of blood vessels, the endothelium, to dilate or expand in order to increase blood flow.

On a lighter side, “Digital Journal? mentions a University of Westminster study, commissioned by a UK movie rental company, Love Film, which measured the energy expenditure of different people watching various horror movies and found that as the viewer’s pulse quickened and adrenaline surged, the body increased calorie consumption by a third above normal.

That study found a 90-minute horror film burns up to 113 calories, of the 10 films studied, the top calorie-burners were the classic Stanley Kubrick chiller, “The Shining? (184 calories), “Jaws? (161 calories) and “The Exorcist? (158 calories).

So those of you who are light of heart, stick to the comedies, there are less stressful ways, than horror movies to burn that small chocolate bar.