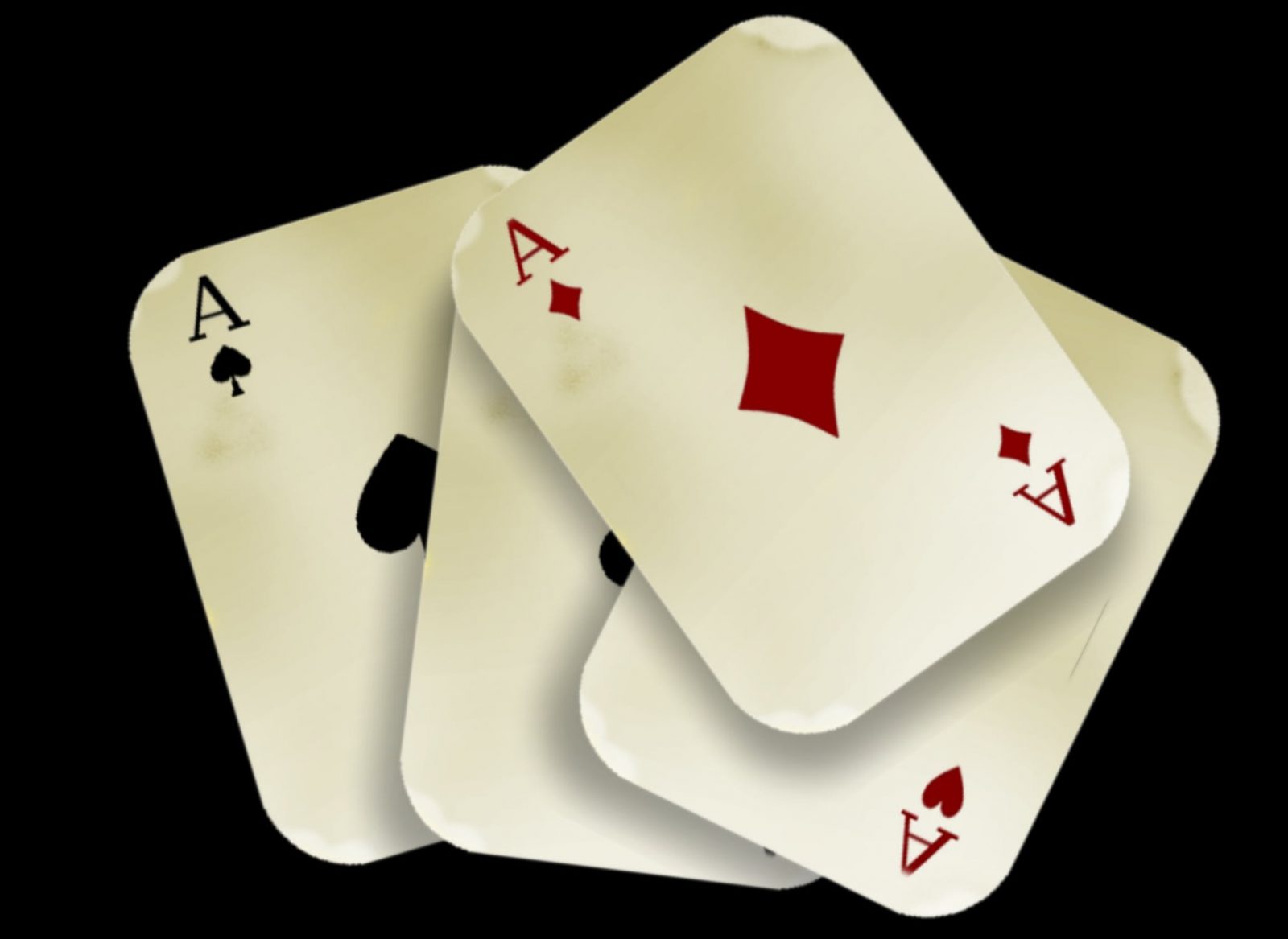 19 Oct Numerology: The Meaning of the Number “4” Name

The Meaning of the Number Four Name

You have a keen, analytical, logical mind, and keep busy, mentally and physically. Energetic, systematic, and punctual, you expect others to be the same.

Try not to measure everyone by your own rule. Re­member that the majority of people have not been blessed with your keen eye for accuracy and proportion. Don’t be so conscientious about your work that you are annoyed by those who loaf on the job.

With a 4 total name coming from 3 and l, you are creative and artistic and can build your own plans into definite form. With a 4 total coming from 2 and 2, you can tear things apart and put them together again, and be an excellent builder of system and efficiency. Organize your own time to make it count for the most, but don’t lose a chance for a hearty laugh.

If you have been so occupied that your sense of humour has not had the attention it deserves, it is not too late to develop it now. Too much economy of sentiment may not attract the friends who should bring you good cheer. Your love nature is not a changeable one, yet you are apt to be too busy to give it much attention. Fair play works both ways, you know.

Conscientious and thrifty, you know how to drive a good bargain. You believe in saving your money and feel that a like policy would be wisdom for all. Why not spend an hour with a Five? He will give you that added boost to put your pet plan over whether you agree with him or not. Each Number meets his greatest test in the one “next door.” Get acquainted with your neighbour.

If the Number of Letters in Your Name is Four:

You like to keep busy. No flights of fancy for you. Even if people did call you materialistic, that would not stop you from continuing to scheme and plan. You can’t quite approve of people sitting around and resting. You feel they should have something more definite to do, and they will have, if they stay around you. You are an inspired hustler. We wouldn’t be surprised if you were a shark in mathe­matics, but don’t figure too closely either in pleas­ures for yourself or in compliments to others. Seek out some interesting member of the opposite sex, and let him initiate you into the thrills of a Five.

The Way Out for the Number Four Name

As coming events cast their shadows before, so does the light from the step just completed reveal the path and the reward that awaits in another like measure of time.

Thus 4, casting his shadow before, views in 8, power and wealth twice that of his present measure. Knowing that success is won more quickly when one is master of his present environment, the 4 who wishes to speed his ultimate good, sets in motion his own rhythm of regularity.

He admits that Time, the Fourth aspect of the phys­ical universe, is the governing factor in his affairs. Time, reflected upon the mental plane in reason, provides a basis for his judgment.

Reason regulates the imagination and enables one to hold it for stated periods of time, focused in one direc­tion until the plane of intuition is touched and the pic­ture is seen more clearly. Then, as we have found before, 3 successive stages crystalizing in 4, Reason, Imagination, and Intuition, all focused upon a given centre by the Will, give birth to the flash of inspiration.

Here we have that bright light, that flash which we may be able to hold but for a moment, but having touched it once, we may again by the same process reach it in 4, and glimpse the whole Octave of 8.

The atmosphere of 4, despite its regular swing, is always conducive to inspiration from a new idea.

Some notes while reading an out of print Numerology book, I found very helpful. Numerology: Its Facts and Secrets by Ariel Y. Taylor

Your Name reveals your talents and your powers of attraction in the outer world. It shows your level of consciousness or understanding, which enables you to make friends among a certain class. But admitting that you have a Name vibration of 6, if your Birthpath be 7, an entirely different rhythm-two different rates of energy operating at the same time, one active, the other more passive, exclusive and retiring, what would you do about it?

Your inner force is found in your Date of Birth.

Your outer pressure is seen in your Name.

Your normal rate of vibration, the energy for which you must find a constructive outlet, is found in your date of birth, in the addition of month, day and year.

Your Name is your contact point with the outside world and affords the outlet for the urge within.

Master your own scale of possibilities. If you have an urge to be an artist, it will be a waste of Father’s money to send you to law school. If you prefer to be a farmer, why study medicine? Give attention to your particular rhythm. Do not attempt to tune in with those individuals or places that are not on your wavelength, if you wish to attract your own in congenial activity and friends.

That is the question, -to so understand the opposing forces in your own nature that you can blend them into a harmonious whole and give to each their share of opportunity.

No one is a pure ONE, TWO, THREE, or any other num­ber-he is a combination of several. By an understanding of all the varied shadings of his nature, he may arrange his own life mosaic to better meet the demands of his Birthpath Urge and find that peace within which brings success without.

Your Name, – your point of contact with the world, should be in rhythm or harmony with your total birth­path Number, -as high or higher in value, and Odd or Even, as the case may be. One exception to this rule is 5 and 8; do-sol-do or 1-5-8 are the three strong notes in the octave. 8 is the one number which can hold the variable 5 in its proper place.

Spell out your Name with Character Grams or num­ber the alphabet as shown here: 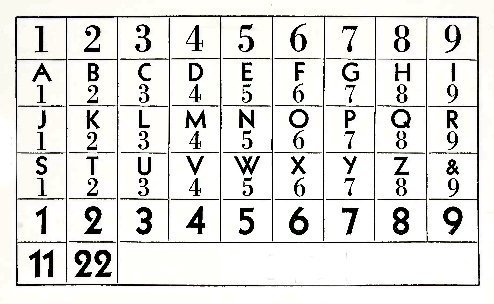