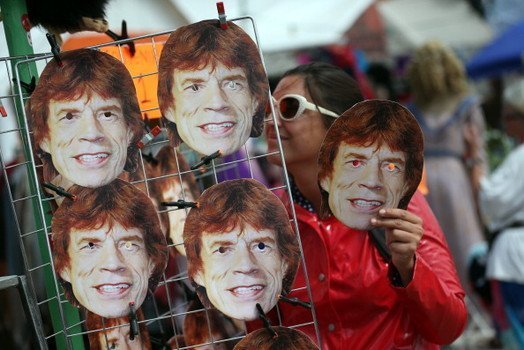 10 Oct New study: Can you recognize Mick Jagger, Bill Clinton or Tony Blair in a crowd?

Do you think you could recognize your favorite celebrity in a crowd? A new study says face recognition is harder than you think. Humans appear to be limited to two faces per crowd.

In the recent paper published today, May 5, 2014 in Springer’s journal, Psychonomic Bulletin & Review, Dr. Volker Thoma of the University of East London, School of Psychology found our brains are limited to only recognizing two faces in a crowd at one time. Not only does this challenge the accuracy of forensic evidence from eye-witness testimonials but also contributes to work in the rehabilitation of our sensory and cognitive function.

In the paper, “Face-specific Capacity Limits under Perceptual Load Do not Depend on Holistic Processing,” Thoma sets up two experiments which had participants try to recognize the faces of famous politicians like Tony Blair and Bill Clinton or pop stars Mick Jagger and Robbie Williams from a bunch of unknown faces, all the while having a face of an unknown person on the side of the screen and the participant told “not? to look at it.

In the one experiment, where the famous face was in the center of the computer screen by itself or with a couple unknown faces, the participants had a hard time recognizing if the person was a famous politician or singer because they were distracted by the face on the side.

Now, was this because it is hard to forget a face or something about how we focus on what we are told to ignore? Could this be something akin to the “don’t think of a pink elephant? test in meditation circles? Trying “not? to think about something guarantees that it is never going to be far from your own mind or sight.

In this case, no. When Thoma added a lot more faces to the center (which made the experiment harder), the participants were no longer distracted by that face on the side. On top of that, in a second experiment, he put a bunch of unknown faces upside-down, and the participants still had a tough time.

Thoma goes on to report in previous research, that our brains have a limited capacity to identify faces generally (like a face recognition limit) but adds that finally if there are too many other faces (even upside-down ones) the potential for successful recognition is far worse.

Is this human face recognition capacity limit of two faces per crowd unique only for the attention and perception of faces? Future studies will tell.