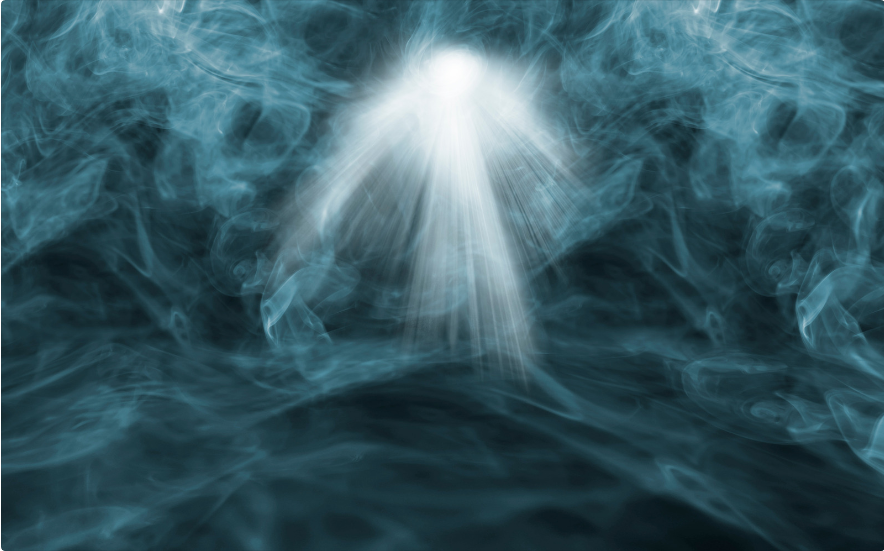 THE LAST DAYS by Neville Goddard 2/8/68 M an thinks history is moving towards an inevitable climax of good, but that climax has already occurred and [is] recorded in the New Testament in the words: It is finished. So when I speak of the last days, I am referring to definite events which will occur in the life of you, an individual, which will take you from this age of sin and death to enter the New Age of eternal life!

The most astute book in the Bible is Ecclesiastes. In it we are told: What has been is what will be and what has been done is what will be done; and there is nothing new under the sun. Is there a thing of which it is said, See this is new? It has been already in ages before us, but there is no remembrance of former things, nor will there be remembrance of things yet to happen among those who come after. This statement is difficult for man to grasp, for he is forever thinking of progress. Man sees things today and thinks they are new and wonderful because he cannot remember them. Just a century ago electricity was unknown. Now we have light powered by nuclear energy and think it was created for and by us, but scripture tells us it has always been! The play of life moves in a wheel, closed-circuited by time, and man with his short memory cannot remember other times.

We are told in the same Ecclesiastes: I saw all the people who move about under the sun, as well as the second youth who is to stand in his place. There was no end to all the people. He was above them all, yet those who come after will not rejoice in him. Now in the Book of Hebrews it is said: In many and various ways God spoke of old to our fathers by the prophets, but in these last days he has spoken to us by a Son. The word son has no article in the Greek. The writer is not saying that God revealed himself in one who would be a son among many sons, but in Sonship! Man has completely misinterpreted this passage, as well as the entire Bible.

The New Testament writers recognised the Spirit of Christ who controlled their lives to be one with the Spirit of Jehovah who inspired the prophets. There is only one Spirit. You cannot discriminate between the Spirit of Christ and the Spirit of Jehovah, so who is the Son? I tell you from experience: the Son who speaks to you in the last days is David. It is he who reflects the glory of God and bears the express image of his person, thereby making him superior to the angels, as the name he has obtained is more excellent than theirs. For to what angel did God ever say, Thou art my Son, today I have begotten thee? In this letter to the Hebrews, Paul pinpoints David as Gods Son; yet every Christian (and I include myself) is taught that Paul is speaking of Jesus Christ, and it is not so, for to the New Testament writers Jesus Christ is Jehovah. It is David who reflects Gods glory, for it is David who is the express image of his person.

Having stood in the presence of the Risen Lord, answered his question, embraced [him] and been incorporated into his body, I know exactly what the Ancient of Days looks like. And when we were united, I became one with that body, one with that Spirit. I now know what it is to be that body and that Spirit, but I first saw the face. Many years later when I saw David, who called me Father, he was the youth of that being. He bore the express image of his person.

No, David didnt look like Neville any more than Neville looks like the Ancient of Days, so when I saw David he was the express image of my Spiritual person. One is the Ancient of Days and the other the eternal, or second youth. I saw all the people that move under the sun, as well as the second youth, yet those who will come after will not rejoice in him. Why? Because they have no interest in the story of David and God. But I have found in David, the Son of Jesse (I AM) a man after my own heart, who will do all my will.

You are David playing a male or female part right now, and you are God the Father of all life, but you will not know this is true until the drama is over and David calls you Father. You see: history to the Hebrew mind consists of all the generations of men and their experiences fused into one grand whole, and this concentrated time into which they are all fused and from which all generations spring is called eternity. The whole vast world is David playing parts.

Now, in the same Ecclesiastes we are told that: The Lord put eternity into the mind of man yet so that man could not find out what God has done from the beginning to the end. The word eternity is olam in Hebrew and means a youth; a lad; a young man. God placed an eternal youth in your mind, a young man to do all of his will. If it is necessary for you to play the part of a blind man, or that of a fool, the important, rich man, or that of Hitler, Napoleon, or Stalin in order for the work to be done in you, David will do it. And the one who is blind, who is doing the executing and being executed, is God the Father. You will know this to be true, for when the work is done, David will stand before you as your only begotten Son and call you: My Father, my God, and the Rock of my salvation.

You have reached the last days, when this drama takes place in you. Then you will say with Paul: The time of my departure has come. I have fought the good fight; I have finished the race; I have kept the faith. Let no one bother me, for I bear on my body the marks of Jesus. These masks are the four great events which begin with your birth from above, for Unless you are born from above you cannot enter the kingdom of heaven. The sign of your birth will be this: You shall find a babe wrapped in swaddling clothes. That is the sign, but David is not a sign. David is your Son, which is given. Unto us a child is born; to us a Son is given. These are two entirely different events. The Son is not the child. The child is born as a sign, but God so loved the world he gave his only begotten Son.

You were taught to believe the Son spoken of here is Jesus Christ, but David in the spirit calls Jesus Christ Father. As long as you think of Jesus Christ as Gods Son you miss the mystery altogether, for he is God the Father. The same being is called the Lord, God, Jehovah, Jesus Christ. That is the being you will know yourself to be when you fulfill the second Psalm, for when you see David in the Spirit you will say: Thou art my Son, today I have begotten thee.

David is not an old man but eternal youth, a man after your own heart, who will do all of your will. No matter what state you choose to identify with, David will play it wearing the mask you call yourself. Believe me, for I have finished the race; I have fought the good fight, and I have kept the faith in the story which was told us in the beginning of time. Before we entered this arena, before the light began, we saw the end. We saw the series of events which would take us out of this world of sin and death into the age called the kingdom of God.

So when I speak of the last days, I am not speaking of the end of this world, for it is a play, which goes on and on and on. Having entered the play, you are always the same actor. You will play the rich man, the poor man, the beggar, and the thief, retaining the same identity. And when you reach the last days, a series of events that are mirrored in the story of Jesus Christ, will unfold in you in a first person, present tense experience. You will not observe it happening to another; you will experience it happening to you!

The last days begin with your awakening to the realisation that you have been entombed in your own skull; that you have been dreaming this world into being. You think you are fully awake right now, yet you are dreaming the dream of life. I know, for when I awoke within my skull I had no memory of how or when I was placed there, I only knew I was alone in an empty skull, and I came out of it just as a child comes out of the womb of a woman. Being born from above, I found all the symbolism of scripture unfolding before me: a babe wrapped in swaddling clothes and the three witnesses to the event of which I was invisible, for God was born and God is Spirit. You are told: This shall be a sign, for unto you is born this day a Saviour.