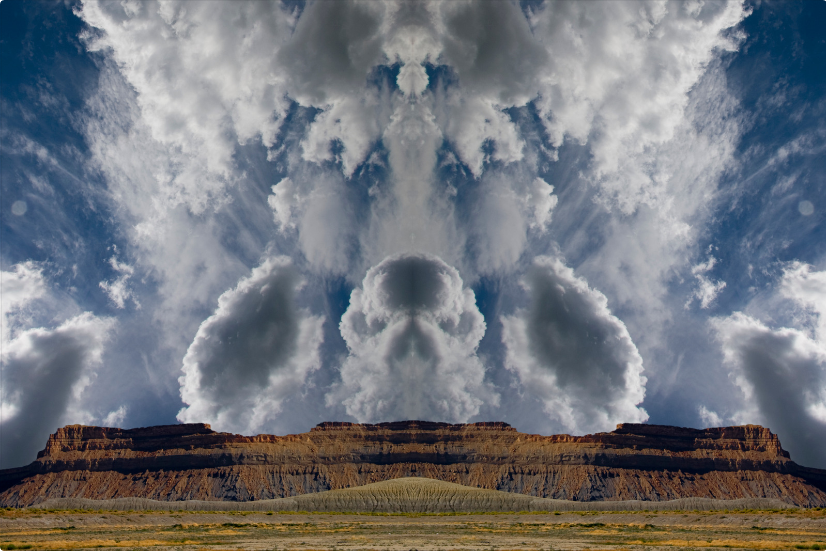 PERCEPTION by Neville Goddard 4/26/68
T here is nothing that appears in perception which cannot be duplicated in fancy, and what the world perceives is all imaginative in character. Here is a graphic example: I am sure everyone knows what it is to detect the fragrance of a rose. Now smell is a chemical sense and depends upon contact for perception. But does one really need a rose to detect its fragrance? Cannot its fragrance be reproduced imaginatively?

Having smelled an Easter lily, can you not discriminate between the smell of a rose and a lily, imaginatively? Then they do not exist independent of you, but live on some level (or levels) of your imagination! Can you call upon your memory of an experience of long ago, bring it back, and duplicate it in fancy? If so, then this world is no different from your imaginal one!

In 1820, William Blake wrote The Presence of the Divine Teacher, in which he said: “Man is all Imagination and God is Man and exists in us and us in Him. The Divine Body Jesus, we are his members.” In this statement Blake does not separate the members from the one body, the one spirit, one hope, one Lord, one faith, one God and Father of us all. There is only one Imaginal Body. We are all His members, for we are all Imagination!

You can reproduce and duplicate any perception you have ever encountered, in your imagination. A friend or dear one does not need to be physically present for you to think of him. Nor do you have to be in your living room in order to see its contents. You can see the plains of Kansas, the mountains of Colorado, or the great Mississippi River without being there. So when we think from the premise of this as a world of imagination, we start on solid ground, for imagination is He who creates reality. There is no fiction in the true sense of the world, for when a state is imagined, it is created. Prayer is imagination drenched in feeling. A desire, drenched in the feeling of fulfillment, objectifies itself. This I know to be true; so regardless of what the world thinks, when you reproduce anything in your mind it takes on form in your outer world.

Everything here was once only imagined. The clothes you wear, the chair in which you are now seated, the building which houses you – all were first only imagined. Everything begins and ends in the human imagination. The source of all phenomena is Divine Imagining, which is God Himself!

Scholars consider the 82nd Psalm as the most difficult psalm in the entire Bible. Thomas Cheyne, the editor of the Encyclopedia Biblica, said of this psalm: “The ideas may be perennial, but their outward forms have long since ceased to be understood, and give the greatest challenge to the imagination of any interpreter.

Here is the essence of the psalm: “God has taken his place in the divine council, in the midst of the gods he holds judgement.’ I say, you are gods, sons of the Most High, all of you. Nevertheless, you will die like men and fall as one man, O princes.’ ”

The word which troubled the great scholars is “elohim.” It is a plural word which may be translated as God or gods. God (elohim) has taken his place in the divine council, proclaiming: You are gods (elohim). God is a compound unity of one made up of others. It takes all of the generations of men and their experiences to form the one God.

The elohim is not something distinct and separate from the many, for unity has a presence. Having fallen into division, we will return to the presence of unity. Divided in a world of generation where all things die, we will return to the divine society where all things live. The presence is being formed by the return of the fallen man who carried all of the gods with him in his fall.

It is not “I, and another called the Lord. Everyone is the Lord, as told us in the Sh’ma, the great Hebrew confession of faith: “Hear, 0 Israel, the Lord our God, the Lord is one.”

God has risen and is rising in all. He deliberately took upon himself man’s nature. By that act of assumption, Jesus Christ became the pattern upon which the nature of man is molded. He didn’t take a person called Neville upon himself, but my nature. And in so doing Jesus Christ became the type upon which I have been molded, raising this animal energy – called man, to divinity – called God.

Having fallen, God must now rescue himself. This he will do, for he has prepared a way for his return. You see, no man or group of men killed Jesus. It is he who said: “No man takes my life, I lay it down myself. I have the power to lay it down and the power to lift it up again.” Experiencing death by taking upon himself the animal nature of man, Imagination takes that energy and transforms it into his own likeness.

God is the great lover and artist who will transform you – his son of division, into himself – the image of love! Loving you so much He died to begin his good work in you, he will complete it at the day of Jesus Christ. On that day you will rise to His level, to discover that you and He are one creative power of love!

There is only one way to return to the awareness of being God the Father, and that is to follow the pattern of the true words which you have heard from me. I tell you from experience: you will awaken, rise and are born from above. Five months later David will stand before you and call you Father. Four months from that date, your spiritual body will be split and He who wove it for you will unwind himself as you! Then two years and nine months later, the Holy Spirit, in the form of a dove, will descend upon you and smother you with love.

Do not believe in any being on the outside! Make a decision within yourself now to radically change your attitude toward another, and persuade yourself that what you believe is true!

If imagining creates reality, and you practice repentance by radically changing your mind, you can take anything that displeases you and change it. Then persuade yourself that the change is real. Expect it to mold itself in harmony with what you are thinking, and the man, woman, or room, will bear witness to your repentance.

When you change your attitude towards another, he must change his attitude towards you. Are we not told: “We love him because he first loved us?” It always starts with self! If you want him to be different, you must initiate the change. And as you do, you are practicing repentance, for the time is fulfilled and the kingdom of heaven is at hand. It is now time to repent and believe the gospel!

Nothing is so well concealed as the goodness of God. Look around and you will see murder, rape, and crime at every moment of time, so how can God be good or loving? It is hard to believe, and will not be understood until the end, when that which has been concealed will be revealed.

We are told: “The spirit of the Lord will not turn back until he has executed and accomplished the intents of his mind. In the latter days you will understand it clearly.” (Jeremiah 22) So in your last days, when you come to the end of the play, the goodness, the greatness, and the love of God will be revealed.

Do not concern yourself with those who have no interest in hearing the truth concerning the mysteries of God. Don’t try to change them. If they are complacent, and believe theirs is the only truth, leave them alone and maybe when they die their death will force them to modify the ideas they have championed here. There will be no Jesus Christ standing on the outside to greet them, or angel to meet them. Rather, they will be restored to life in a body the same as before, only young. They will be in a terrestrial world like this, in an environment best suited for the work yet to be done in them. Even though the colour of their skin may have changed, you will know them when you see them. No matter how many masks your friend may wear, you will always know the identity behind the mask.

He who started the journey is wearing your mask right now, and He will continue to wear masks until He has executed and accomplished the intents of his mind. God’s original pledge to himself was that he would make Man in his own image. Then the gods descended; and the gods will ascend, for no one has ever ascended into heaven but He who descended from heaven. The gods, falling as one man, descended into division and broken unity. In time, they will all be gathered together into that one unity called God the Father.

Many believe scripture is a myth, but when it is experienced in the depth of the soul, it is literally true. This you will know from experience. Having reached the limit of contraction to experience the nature of man, you will ascend into a limitless expansion as God.

Returning with all that you have experienced, your tremendous power is added to God’s already existing power. Then God, forever expanding, will decide on another adventure and we will all once again fall into a state like this in order to grow and grow and grow in our own wonderful human imagination!

Now remember: nothing appears in perception that cannot be duplicated in fancy. If you can perceive your desire, it exists. You cannot perceive an object that does not exist on some level (or levels) of imagination. Identify your human imagination with God, and because God calls a thing that is not now seen as though it were seen, you can call a state into being by assuming you are in it. And if you believe you have received your desire, you will, for belief will lead the way to its fulfillment.

If you look to reason rather than imagination, you are seeing the devil instead of God. The devil is the doubter in you. He questions your belief saying: “If you are the son of God then turn this stone into bread. Cast yourself down and his angels will lift you up.” All of these challenges are made by self-doubt.

I urge you to practice the art of imagination. If you do, I promise you will prove it in the testing, even though you may have started out to prove it wrong!