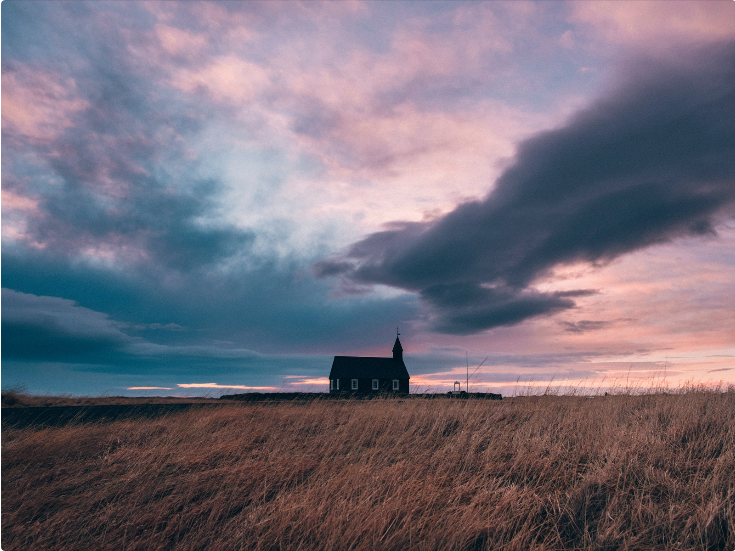 I wish to ask each one of you listening to me today a question – a question which must be close to the hearts of us all concerning truth. If a man known to you as a murderer broke into your home and asked the whereabouts of your mother, would you tell him where she was? Would you tell him the truth? Would you? I venture not – I hope not. In the most mystical of the Gospels – in the Gospel of St. John we read, “Ye shall know the truth, and the truth shall make you free.” Therein lies a challenge to us all, “The truth shall make you free.” If you told the truth concerning your mother, would you set her free? Again, in John we read, “Sanctify them by the truth.” If you gave your mother up to a murderer, would you “sanctify her?” What, then, is the truth of which the Bible so constantly speaks? The truth of the Bible is always coupled with love. The truth of the Bible is that spiritual realization of conscious life in God towards which the human soul evolves through all eternity.

Truth is an ever-increasing illumination. No one who seeks sincerely for truth need fear the outcome for every raising erstwhile truth brings into view some larger truth which it had hidden. The true seeker after truth is not a smug, critical, holier than thou person. Rather, the true seeker after truth knows the words of Zechariah to be true. “Speak ye every man the truth to his neighbor and let none of you imagine evil in your hearts against his neighbor.” The seeker after truth does not judge from appearances – he sees the good, the truth in all he observes. He knows that a true judgment need not conform to the external reality to which it relates. Never are we so blind to the truth as when we see things as they seem to be. Only pictures that idealize really depict the truth. It is never superior insight but rather, purblindness that reads into the greatness of another some littleness with which it happens to be familiar.

We all know at least one petty gossip who not only imagines evil against his neighbor, but also insists upon spreading that evil far and wide. His cruel accusations are always accompanied by the statement, “It’s a fact,” or “I know it’s the truth.” How far from the truth he is. Even if it were the truth as he knows the truth, it is better not to voice it for “A truth told with bad intent beats all the lies you can invent.” Such a man is not a seeker after the truth as revealed in the Bible. He seeks not truth so much as support for his own point of view. By his prejudices, he opens a door by which his enemies enter and make their own the secret places of his heart. Let us seek sincerely for the truth as Robert Browning expresses it:

“Truth is within ourselves; it take no rise

From outward things, whate’er you may believe.

There is an immortal center in us all

Where truth abides in fullness.

The truth that is within us is governed by imaginative love. Knowing this great truth, we can no longer imagine evil against any neighbor. We will imagine the best of our neighbor.

It is my belief that wherever man’s attitude towards life is governed by imaginative love, there it is religious – there he worships – there he perceives the truth. I am going to speak on this subject next Sunday morning when my title will be, “Imaginative Love.” At that time, I am to have the pleasure and the privilege of taking Dr. Frederick Bailes’ service at the Fox Wilshire Theater on Wilshire Boulevard near La Cienega. The service will be held as Dr. Bailes always conducts it at 10:30 Sunday morning.

It is an intuitive desire of all mankind to be a finer, nobler being, to do the loving thing. But we can do the loving thing only when all we imagine is full of love for our neighbor. Then we know the truth, the truth that sets all mankind free. I believe this is a message that will aid us all in the art of living a better and finer life. Infinite love in unthinkable origin was called God, the Father. Infinite love in creative expression was called God, the Son. Infinite love in universal interpenetration, in Infinite Immanence, and in Eternal procession, was called God, the Holy Ghost. We must learn to know ourselves as Infinite Love, as good rather than evil. This is not something that we have to become; it is, rather, for us to recognize something that we are already.

The original birthplace of imagination is in love. Love is its lifeblood. Insofar as imagination retains its own life’s blood, its visions are images of truth. Then it mirrors the living identity of the thing it beholds. But if imagination should deny the very power that has brought it to birth then the direst sort of horror will begin. Instead of rendering back living images of the truth, imagination will fly to love’s opposite – fear and its visions will then be perverted and contorted reflections cast upon a screen of frightful fantasy. Instead of being the supremely creative power, it will become the active agent of destruction. Wherever man’s attitude to life is truly imaginative, there man and God are merged in creative unity. Remember that Love is always creative, causative in every sphere from the highest to the very lowest. There never has existed thought, word or deed that was not caused by love, or by its opposite – fear of some kind, even if it were only a desire of a not very worthy aim. Love and fear are the mainspring of our mental machinery. Everything is a thought before it becomes a thing. I suggest the pursuit of a high ideal to make a fact of being become a fact of consciousness and to do this by training the imagination to realize that the only atmosphere in which we truly live and move and have our being is Infinite Love. God is Love. Love never faileth. Infinite Creative Spirit is Love. The urge that caused Infinite unconditioned consciousness to condition Itself into millions of sensitive forms is Love.

Love regarded as an abstraction – apart from an object – is unthinkable. Love is not love if there is no beloved. Love only becomes thinkable in relation, in process in act. Let us recognize with Blake that, “He who will not live by love must be subdued by fear,” and set ourselves the highest of ideals to love and to live by. But our highest ideals do not bless unless they come down and take on flesh. We must make results and accomplishments the crucial test of our imagination and our love, for incarnation is the only true realization. Our faithfulness must be to the sum of all the truth we know and it must be absolute. Otherwise, that truth lacks a vehicle and cannot be incarnated in us.

Our concept of ourselves determines the scenery of our lives. We are ever our own jailers. The prison doors that we thought closed are truly ajar – waiting for us to see the truth. “Man ever surrounds himself with the true image of himself,” said Emerson. “Every spirit builds itself a house and beyond its house, a world, and beyond its world, a heaven. Know then the world exists for you, for you the phenomenon is perfect. What we are that only can we see. All that Adam had, all the Caesar could, you have and can do.”

Adam called his house heaven and earth. Caesar called his house, Rome. You perhaps call yours a cobbler’s trade, or a hundred acres of land, or a scholar’s garret. Yet line for line, and point for point, your dominion is as great as theirs, though without such fine names. Build, therefore, your own world and as fast as you conform your life to the pure idea in your mind, that will unfold its great proportions.

The truth is our secret inward reality, the cause, the meaning, the relation of our lives to all things. Let the truth carry us heavenwards, expanding our conceptions, increasing our understanding until we know the “Truth” and are made “Free.”