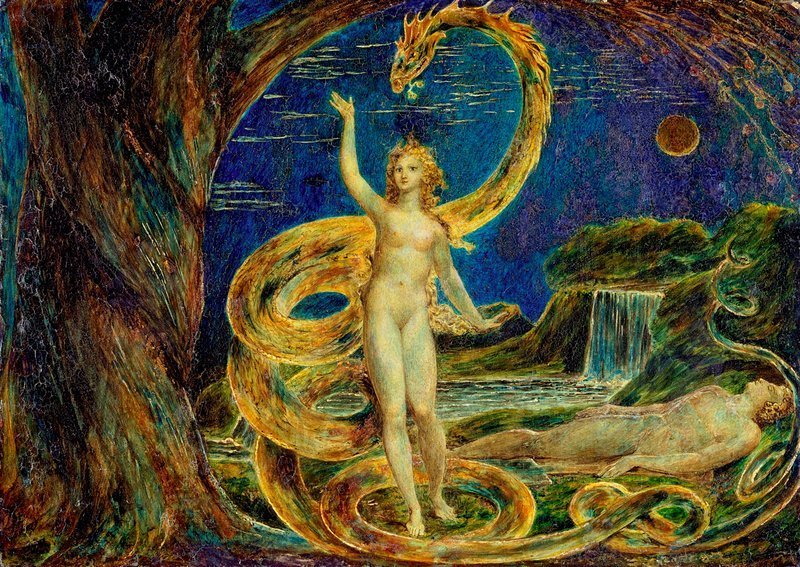 30 May Neville Goddard Lectures: “The Shaping of the Unbegotten” 1963

We are told in Paul’s letters to the Ephesians (5:1): “Be imitators of God as dear children.” So, we must find out what God did. We are told: “He called a thing not seen as though it were and the unseen became seen.” (Romans 4:17) The one who had the vision (and I turn to one, that is Blake) and Blake said: “Many suppose that before the Creation, all was solitude and chaos. This is the most pernicious idea that can enter the mind, as it takes away all sublimity from the Bible and limits all existence to creation and to chaos.” But listen to the next statement: “Eternity Exists and All things in Eternity, Independent of Creation, which was an act of Mercy.” No scientist today believes that. They think we came out of chaos; they think the whole thing began to evolve out of something that wasn’t. And here one with vision tells us: “Eternity Exists, and all things in eternity, Independent of creation,” which creative act was a merciful act.

Now, I am told: let the individual imitate God as a dear child. I am told: everything is. “Eternity Exists, and all things in Eternity, Independent of Creation.” Now I am going to create. God was the creator. It all exists independent of creation. So how would I do it? I can’t think of anything then that doesn’t exist. I think of you in unnumbered states of mind – when you like me, dislike me, you’re sympathetic, unsympathetic – I can think of you in unnumbered ways. But I want to create something now, I want to create something that is lovely for myself, so I bring you into my mind’s eye, and I bring another in my mind’s eye, and then I have in my imagination a little party – say a cocktail party, a tea, a dinner – and I control the imagery that I have brought into my mind, for all exists in eternity. But I bring you without your knowledge, without your consent. Then I control the entire moment of time – make it a minute, or five minutes, anytime, not too long – I control it. But I so arrange the imagery that it implies something other than what it was prior to the arrangement. I bring you all into my mind’s eye and I allow you to hear something that is taking place. I allow you to see me as you would see me were things as I desire them to be, and so I am begetting something. I am actually shaping myself – the unformed – upon the formed. For all things in this world are already part of the structure of eternity, every being. So I bring a being – it is part of the structure; I bring another being – it’s a man; another being – it’s a woman, and I so arrange them in my mind’s eye that when I put them into that form, they see me as they would see me were my dream realized. It’s my dream I am begetting, but I am begetting on the structure of the universe that which did not exist before.

So you and I as living souls did not exist, but the structure – this garment – always existed. These garments existed, everything in the world existed, but we – living souls – did not, and God begot us, begot us just like himself to become a creative being just as he is. You take the same structure and then create and create and create. So: “Be ye imitators of God as dear children.” How did he create? Well, this is how he creates: “He called a thing that was not seen as though it were seen, and the unseen became seen.” (Romans 4:17) That’s how he does it.

Let me go back and requote the brilliant Blake. And may I tell you: I can’t read anyone in this world that I would put even near him. I go back into the Bible – yes, he’s equal to all the great prophets of the Bible. He brought it into our tongue today so we can grasp and understand it. He said: “Many suppose that before Creation all was Solitude and Chaos. This is the most pernicious Idea that can enter the Mind, as it takes away all sublimity from the Bible and Limits all existence to Creation and Chaos.” “Eternity Exists and All things in Eternity, Independent of Creation, which was an act of Mercy.” Just imagine: if God did not take this that was himself, and through his wonderful intense desire on his part, create his image out of that which was, we would not be here as living, creating beings – creating and miscreating, but creating. If we miscreate unnumbered times, we can still create. A miscreation is still a creation. I bring war, revolution, all these horrible things in the world – it still is creating. And eventually he who started this process will bring us into his own likeness, and we will be one with God. But just as he did it out of things that are eternal parts of eternity -that this body and this little thing here that will seemingly decay – and this will decay, the garment will decay, all will decay. It does not, really – that’s the great illusion, it is forever. Everything in this world is a part of the eternal structure of the universe. And out of all these parts God then said: “Let us make man,” for we already existed, like a tree. We don’t make man out of chaos; man exists – it’s part of the structure, part of the universe. But now, let us make man as part of the structure of the universe, and let us now make him after our image, after our likeness. And so he takes man and makes man into his image.

Now we go back into the Book of Genesis and see what he does with man. A word used in the book is “the tree,” “the Tree of Life” – where man in some strange way is expelled, because he may eat of the Tree of Life before he’s prepared. Well, if you have a concordance (I have James Strong’s Concordance) the word “tree” is defined as: “the spine, backbone, the carpenter, the gallows.” Who is hanging on the gallows? (It is called, “the gallows.”) This word, “the tree,” is the gallows; it’s the spine, the backbone, the carpenter – in other words, the builder, the potter, the creator. There he hangs upon the tree. Well, the tree is the spine, it is the backbone. And after unnumbered playings on this calling it “man,” he brings out of this something that is entirely different – it is himself. It is shaped because he is the unbegotten, and he is shaping himself upon a form. Just as I would take the potter and I would mold the clay upon some form, and mold it to my heart’s desire, God is molding himself upon man. And when he has completed the act as he desires it, there are three definite stages where he reveals the completed work. He molds us, and molds, and molds us, making us ever more sensitive, ever more creative, ever more like himself; and when he is satisfied that we are just like he is, he unveils his work; and the unveiling of the work begins with the awakening of himself, and that is called the resurrection. He awakes in the individual in whom he has completed the work, and that awakening in the Bible is the resurrection.

Then, after the resurrection, he goes through an act like a birth, and he is born from above. And he is self-begotten, because the individual who is born cannot conceive of being sired by anyone other than himself. He can’t for one moment – when he awakes in the tomb of his skull – believe that he is other than himself, and when he comes out of his own skull, he cannot have any feeling, any sensation of having any father or mother. So if he is born, then he must be self-begotten. God is so begetting himself that when he begets himself the thing begotten is God, and he comes out – just self-begotten.

Then comes a second stage, where he has the experience of being a father. Until that moment he didn’t realize that he was. And now, strangely enough, when he sees the symbol which reveals to him fatherhood, there is no mother. He is the father of God’s only begotten Son, and he knows now who he is. It took the Son to reveal to him who he really is. (David is the Son.)

And then comes the third symbol, and the third symbol is where the entire veil that separated the two is torn from top to bottom. From the top of his skull to the bottom of his spine, he is severed in two. Hebrews 10:19 tells you the purpose of that severance. What happened from that moment on, the two become one; they are not two any more. They were separated by a veil and the veil was the body of God, and it is torn – the entire thing – from top to bottom, and then, strangely enough, you see yourself. May I quote Blake again: “I behold the visions of my deadly dream of six thousand years dazzling around thy skirts like a serpent of precious stones and gold. I know it is myself, O my Divine Creator and Redeemer.” (Jerusalem, 1:96) At that moment you see the being that created you and you are the very being who created you. It’s a self-creation. God begot himself on the mold called “man.” And at that moment when you see it, after the splitting from the top to the bottom, you see this moving, lovely, golden, liquid light and it’s you and you know it. And you say: “I know it is myself, O my Divine Creator and Redeemer.” And then you, as the very being who created you, move up in serpentine form right into Zion. For all go into Zion, all go into the New Jerusalem. So creation is an act of mercy.