Posted at 23:55h in Neville Historical Research by Cool Wisdom
1 Like

“He stood very still for an appreciable time, looking straight before him. Then he said, “Let us now go into the silence.” He squared himself on his feet, shut his eyes, flung his head sharply back, and became immobile. Everyone in the audience but myself – everyone I could see, at any rate — did much the same thing, and in a very few second the whole auditorium was so still that I could clearly hear the mild sounds of Sunday traffic ( the car horns, the tire whirr, and the occasional voices of pedestrians) as it moved on the street outside. For at least two minutes, I found myself in the midst of perhaps two hundred people, all sitting with their heads thrown back and their eyes closed, silently courting the touch of a thin blue flame on their fοreheads and the sound of a high shrill whistle in their ears that would tell them that their inmost wishes were in process of being fulfilled.” 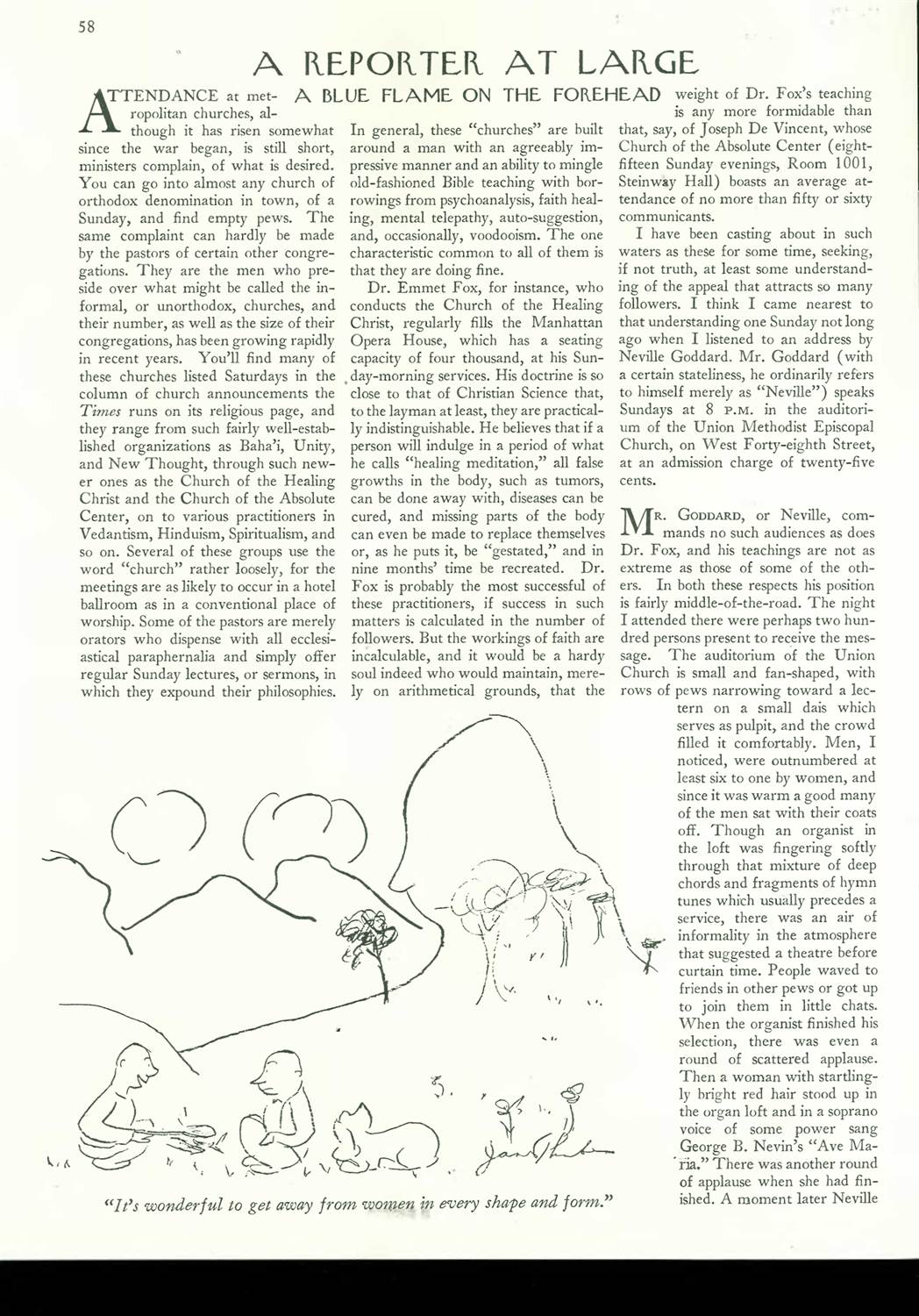 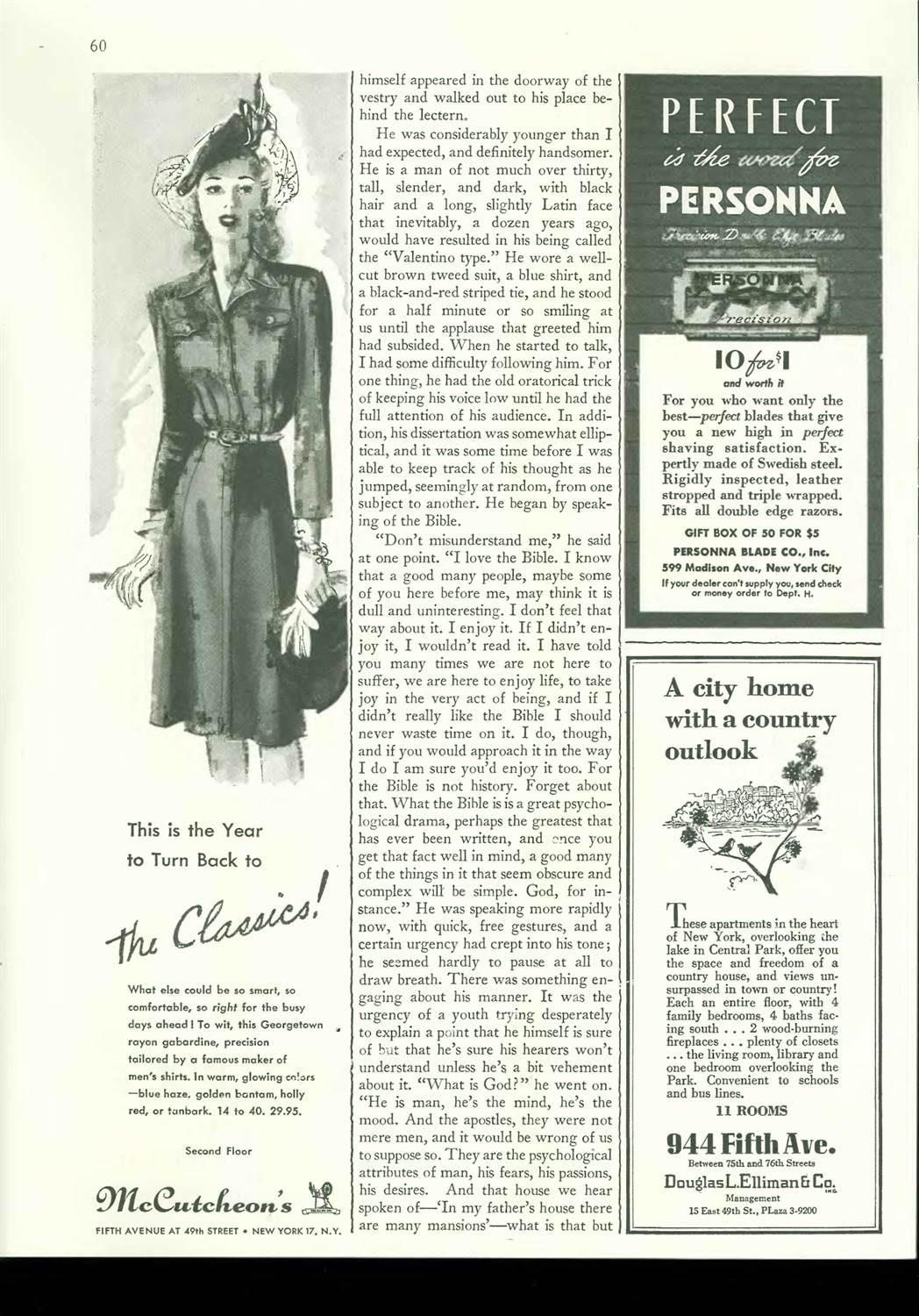 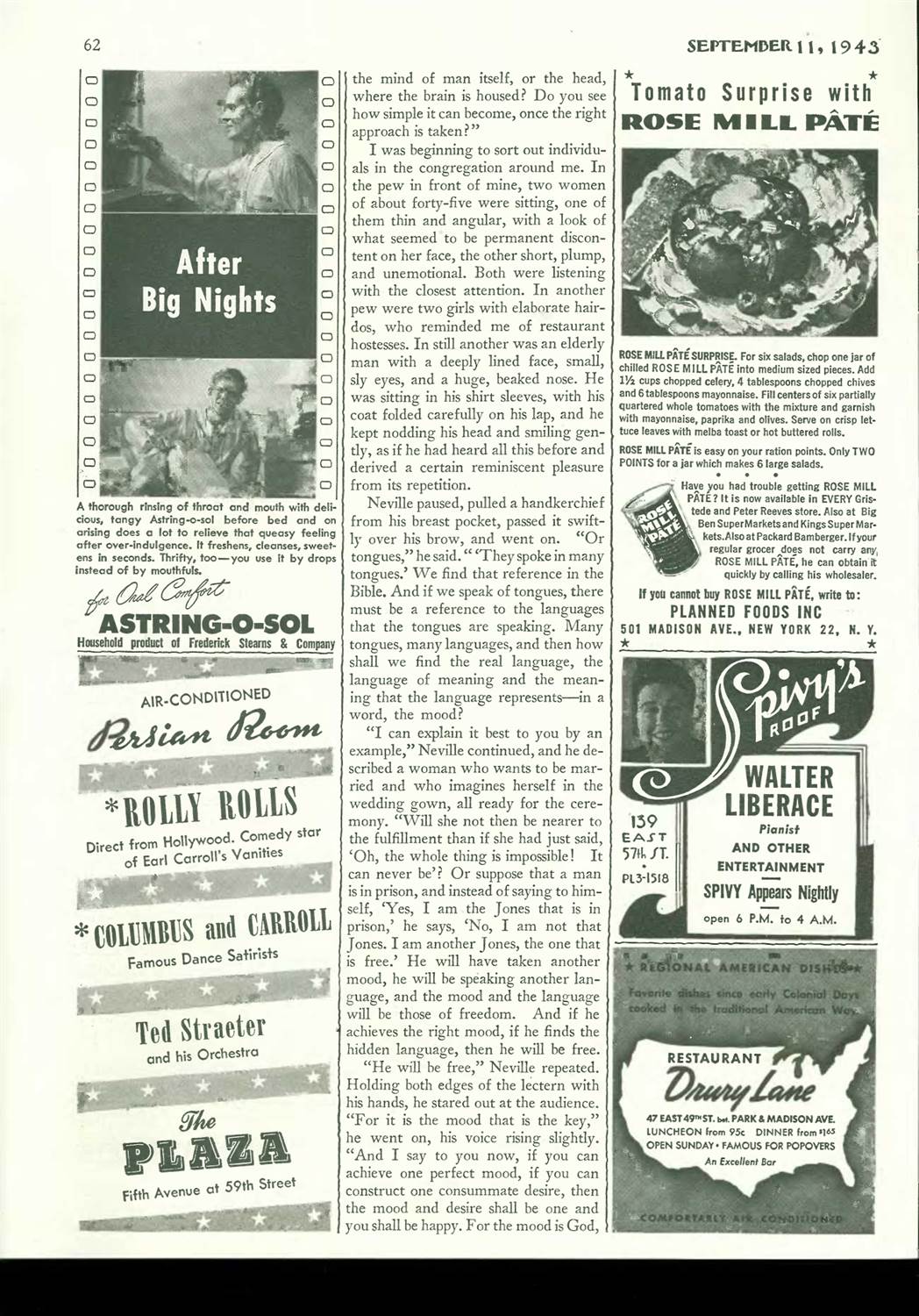 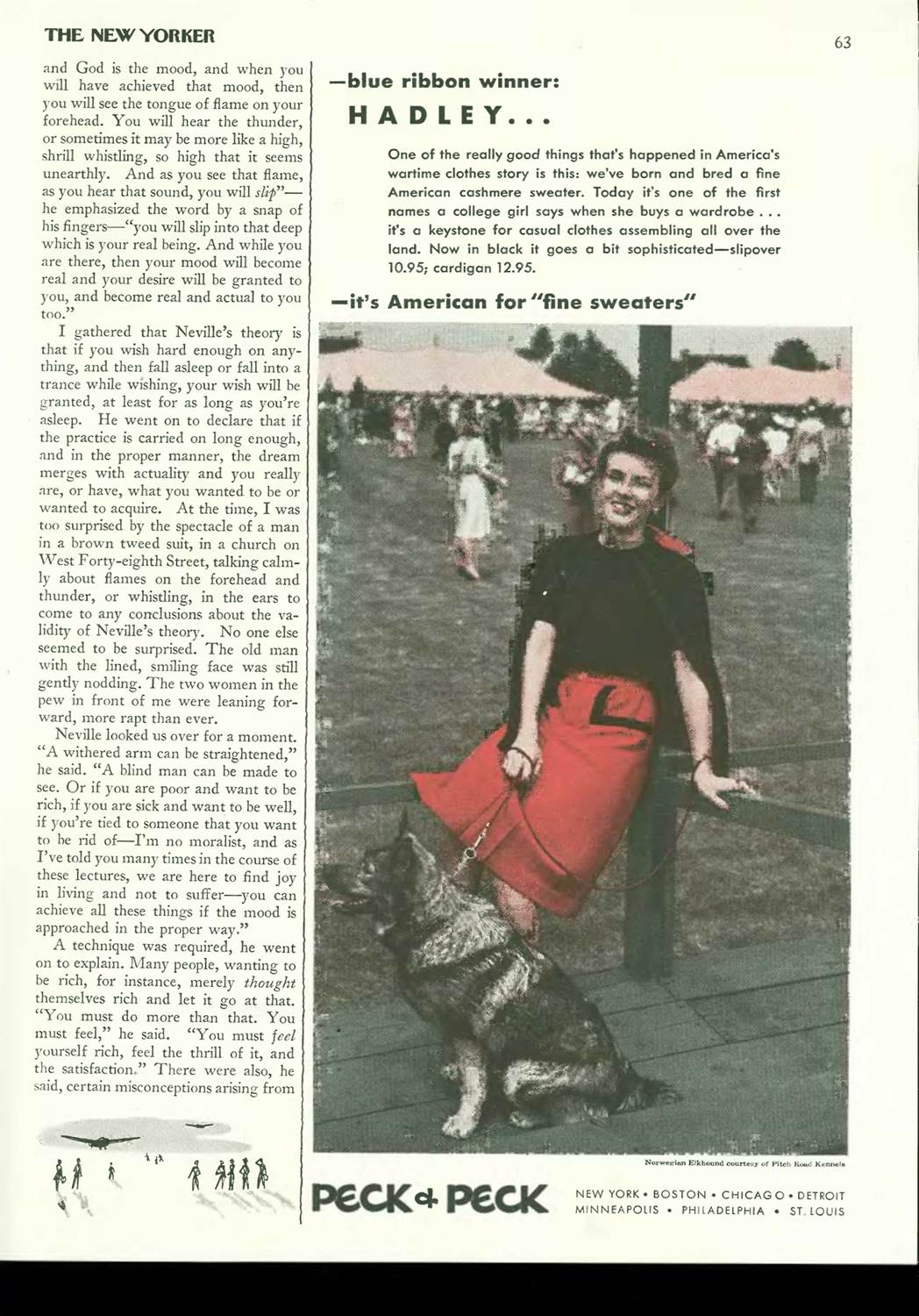 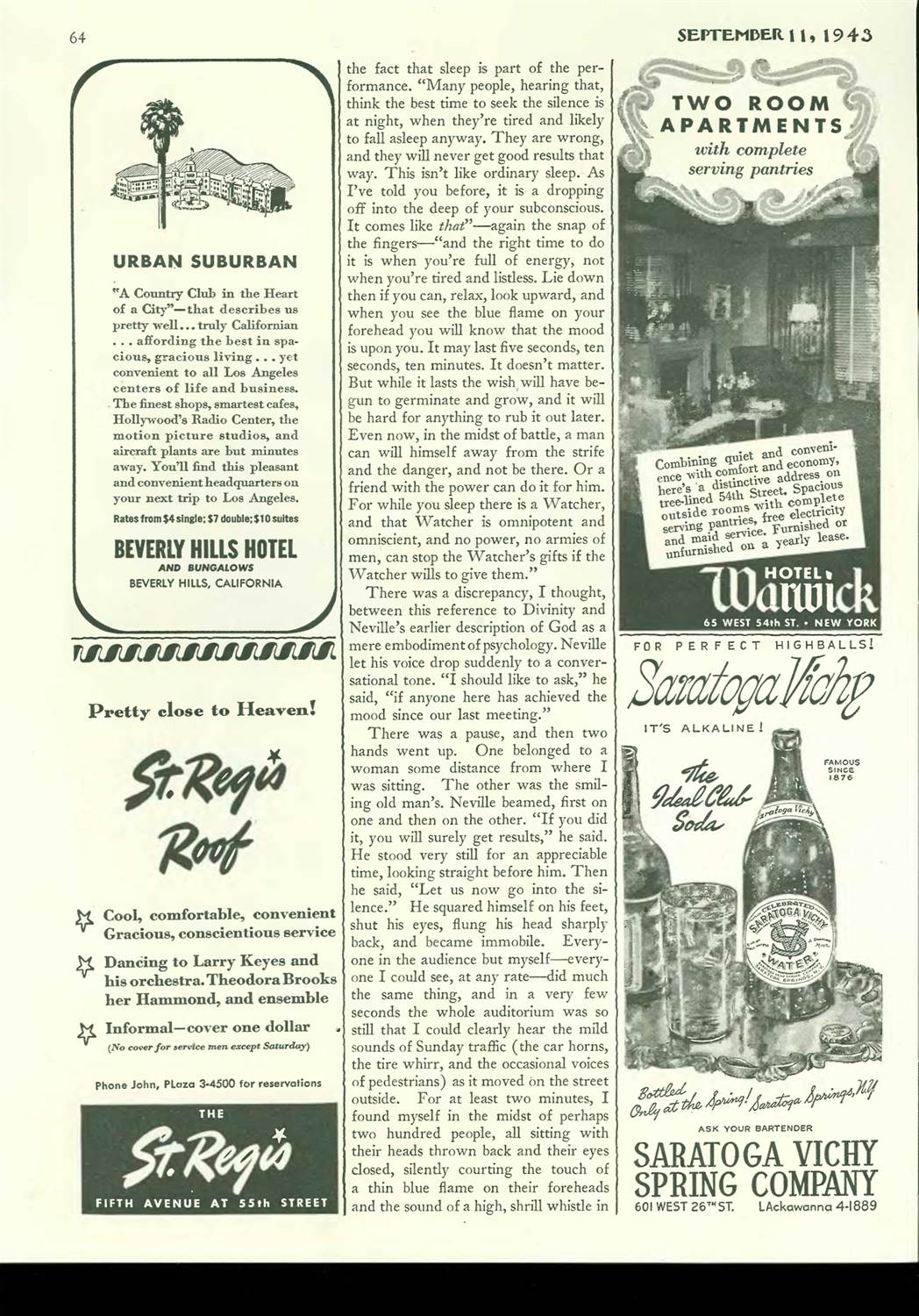 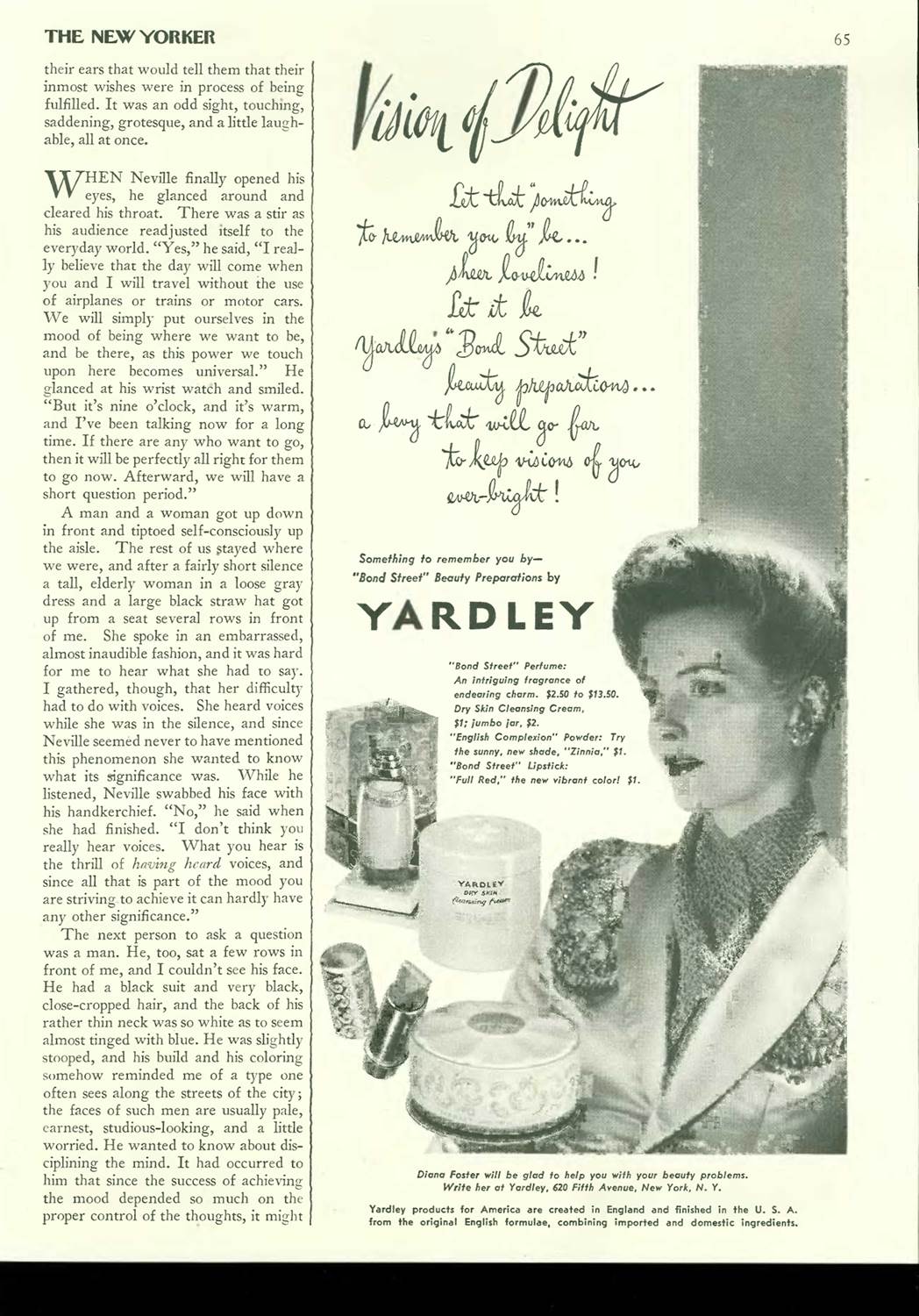 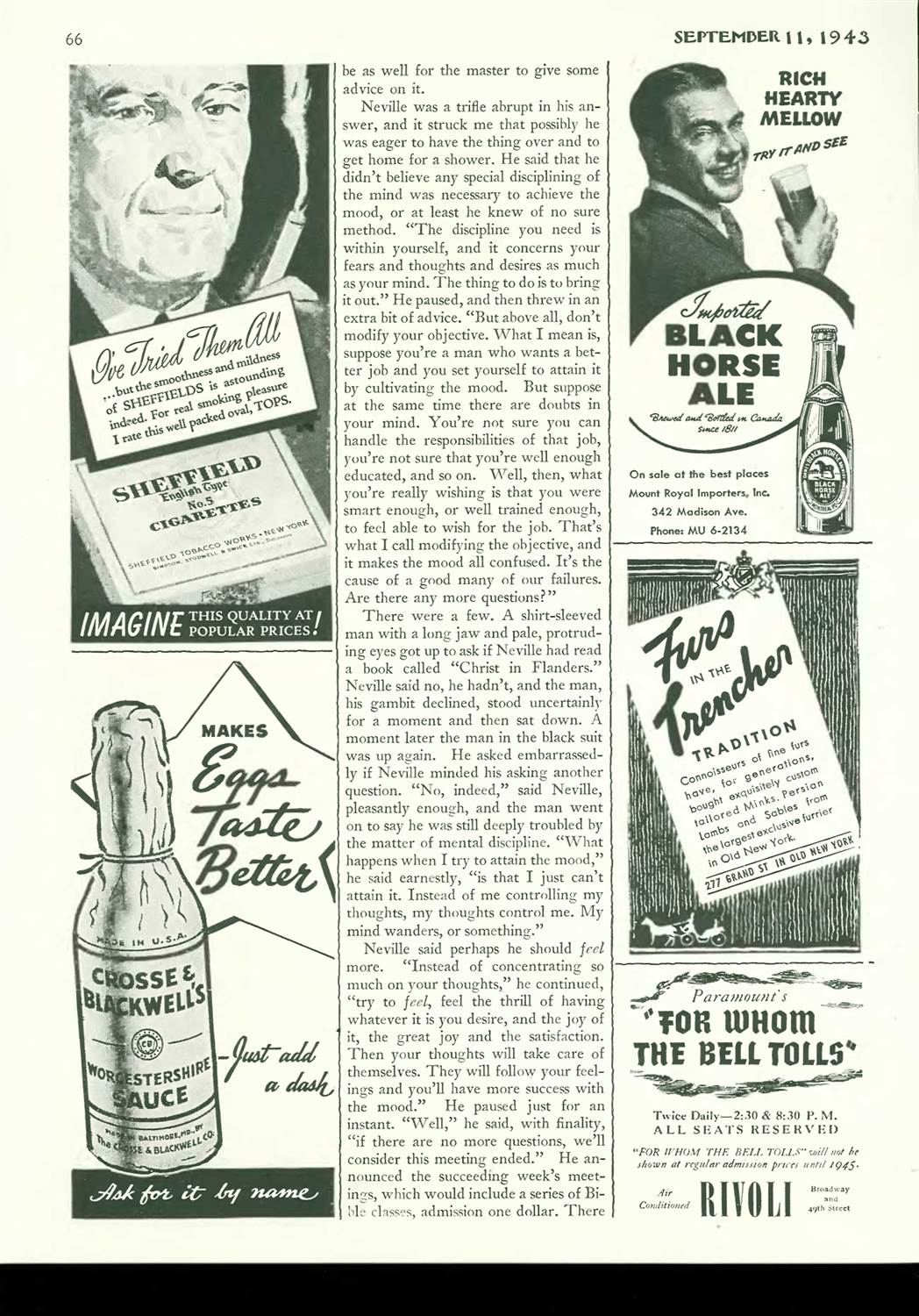 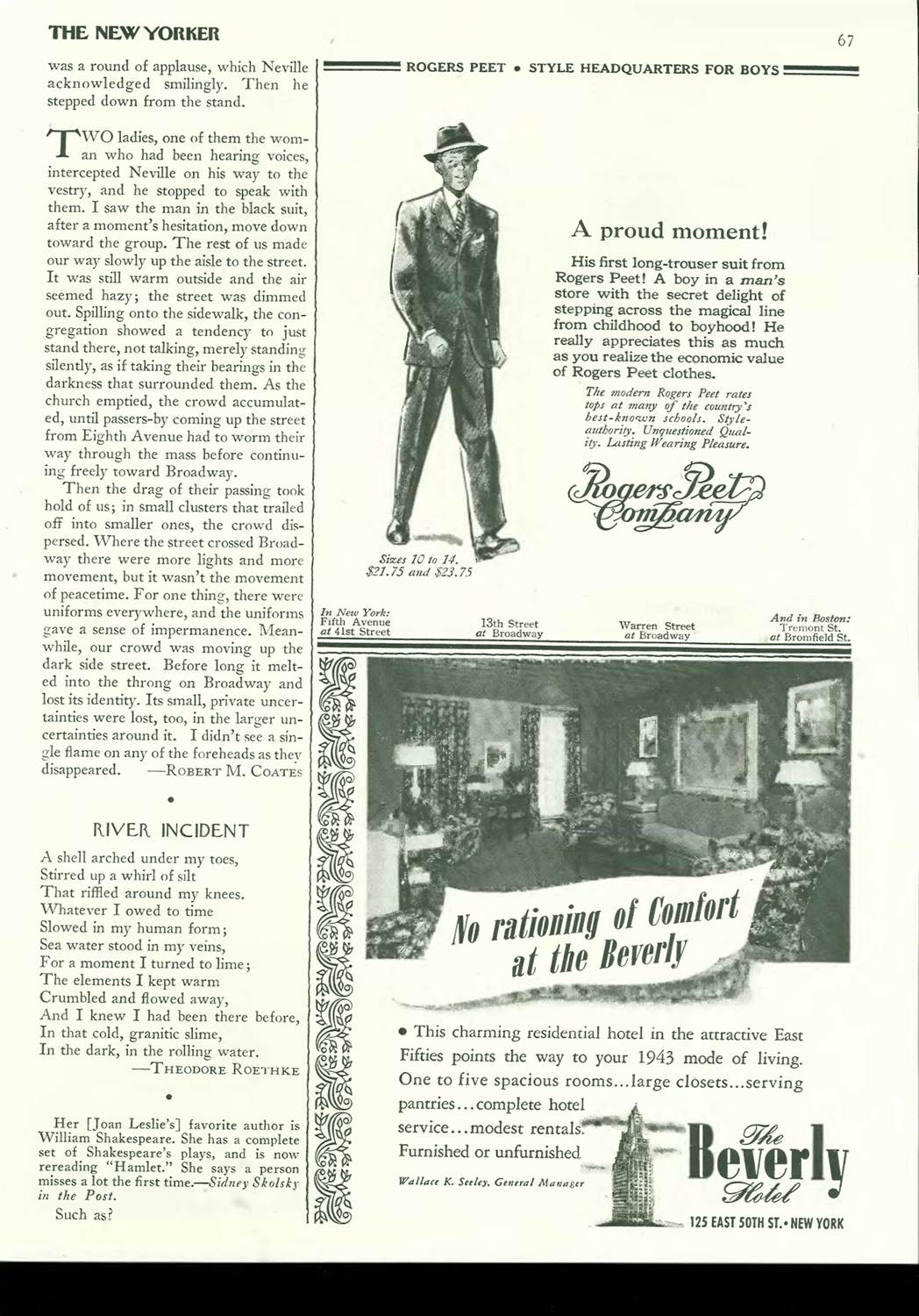