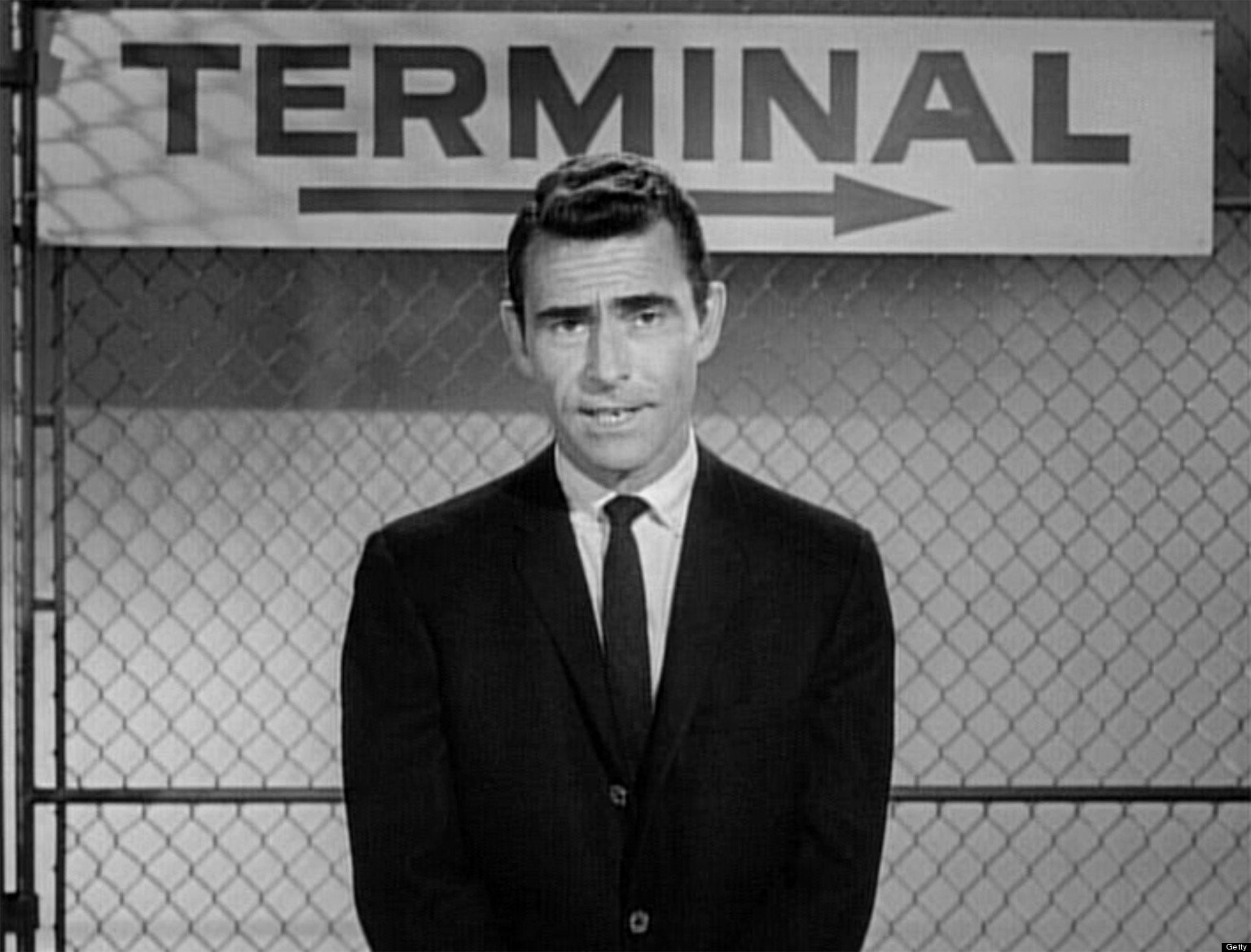 In a recent post on reddit, The creator of the Twilight Zone was a student of Neville…. It just blew my mind!” by u/capedcr there is a video by blogger Armine.

She interviews a man named John Reszetylo who attended a Neville Lecture with Lucille Ball and Rod Serling when he was 4 years old.

John attended the lecture with his mother who was friends with Lucille Ball.

“After the lecture he [Neville] was shaking hands with people like that and he didn’t seem to be impressed by Rod Serling….” [6:00 on video]

“When he shook my Red Ant’s hand [Lucille Ball] there was so much compassion in his eyes and when he shook Rod Serling hand there was a hint of possibly disapproval but it wasn’t judgement I don’t know according to my mom Rod became his student at some point. Then He shook my hand and asked my name and when I told him he patted me on the head and said “John; Jehovah is graceful.”

The video might conjure up the idea that Neville influenced Serling’s work and/or Neville supported Serling’s efforts. Especially if someone doesn’t actually watch the video.

Actually, Neville pretty much reprimands, warns and calls out… Rod Serling for going berserk! in God Given Talent

“Now tonight let me share with you some experiences to show you that it is all your own wonderful human imagination. You might have read last Saturday’s Los Angeles “Times.” On the front page in bold, bold type is the story of a plane. A story was told, and shown on TV, and very, very popular by Rod Serling, and here, a man was influenced to take that story and put it to his own personal gain. So, he threatened Qantas, the Australian Airline, with a hundred and seven passengers aboard that he would blow the plane up at a certain airport if they did not pay five hundred and sixty thousand dollars, which they did. They paid him, this extortionist, $560,000, based upon a so-called “Imaginary” plot by Rod Serling. When he realized what he had done, so he claims in the story, he asked his producers to withdraw the film from TV and not show it any more. They refused because of profit; it was written for profit, shown for profit, and will continue, regardless of Qantas or any other airport of unnumbered people that may suffer as a result of it. I did not see in his regret that he is going to give his income from the residuals to Qantas to repay the $560,000. No, he didn’t say that he would pay back what he would now make to the Australian airport; he is going to keep it and write another bunch of nonsense, because he doesn’t know what you know, that:

“So, I tell you, I know from experience that imagining creates reality. On this level, we are only learning. We are all students. We are simply in kindergarten, and we go berserk, as Rod Serling did, for he made a fortune writing this story, and it is still being shown all over on TV, and he will still get his residuals, and he will take his residuals and pile it into some IBM stock or some other stock. He hasn’t given it away. He’ll write more nonsense, for it’s all nonsense, but he doesn’t realize what he is piling up for himself.”

“For the first time, I would disagree with Neville because for example: If I wrote a heist film and any robber gets influenced and robs a bank. How am I responsible? If any script writers go by this logic, how can they tell stories that they want to tell?”

This is a very interesting topic. Year’s ago I wrote an article about ancient Greek Theatre, The ancient Greeks and 360 virtual reality narrative

Actors didn’t ‘belly-gaze’ their interior struggles like modern narrative does. Greek theater was purposefully all out there because besides it’s entertainment value, it was an “experience”.

A Greek scholar here told me once that it is wasn’t well known that Greek soldiers were told to visit the Hetaira (whores) of Corinth before going home after the war, in order to become “human” again after their bestial killing sprees during war.

In the same vein, in ancient Greek theater a scene may have portrayed (in virtual reality) — a man killing his wife out of jealously. An audience member therefore after having such a visceral experience of the slaying and its emotional impact and feeling during the theater performance- would not go home and kill his wife.

I do believe that stories even tragedy influences us in healing ways and in some remote way we do get the experience without having to go out and physically do it.

But then, what about books like the 1981 crime-thriller novel, titled The Eyes of The Darkness, where suspense author Dean Koontz wrote about a virus called Wuhan-400 (1989) – (originally named “Gorki-400” in 1981) created as a bio-weapon in a laboratory or the 2011 Steven Soderbergh movie Contagion starring Gwyneth Paltrow that predicted a deadly virus outbreak?

The Machine Stops E.M. Forster’s 1909 novella (later featured in the book The Eternal Moment and Other Stories) The story describes a world in which most of the human population has lost the ability to live on the surface of the Earth. Each individual now lives in isolation below ground in a standard room, with all bodily and spiritual needs met by the omnipotent, global Machine. Travel is permitted, but is unpopular and rarely necessary. Communication is made via a kind of instant messaging/video conferencing machine with which people conduct their only activity: the sharing of ideas and what passes for knowledge

Futility, Or The Wreck Of The Titan by Morgan Robertson, about a massive ocean liner named Tital described as “the largest craft afloat” is steaming at full speed through the North Atlantic when a watchman cries out “Iceberg.” But the ship hits the ice and begins to sink. With too few lifeboats, many of the passengers drown when the ship goes down written 14 years before the Titanic.

Ray Bradbury’s 1953 book Fahrenheit 451. In the novel, people bombard themselves with entertainment instead of talking to each other.

From The Earth to the Moon by Jules Verne. More than 100 years after Jules Verne wrote his story of three men traveling to the Moon from the United States, the first real lunar travelers splashed down in the Pacific—just as their fictional counterparts had (albeit in the sequel, Around the Moon). Verne got their take off spot in Florida right.

Neville may be making a good point.

As the ancient Greeks say: “Παν μέτρον άριστον” (everything in good measure).

Neville’s Advice from “There is No Fiction”

“Do not allow anyone to act as an intermediary between you and your God, for He is within you! God is never so far off as even to be near, for nearness implies separation. How can you be near God, when He became aware of being you? The moment He bestowed his spirit upon you, He gave you his consciousness, that you may – by that consciousness – understand the gift you have been given.” 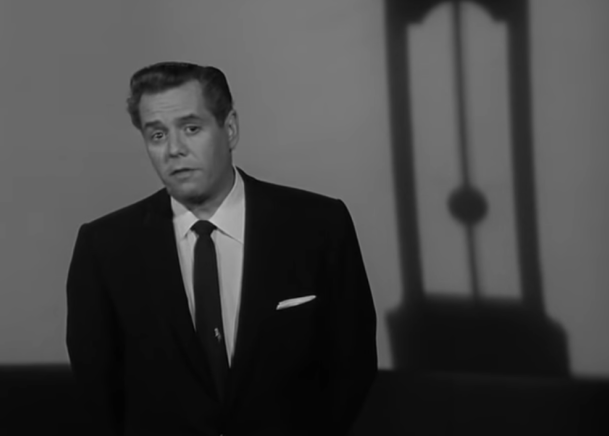 The Twilight Zone and Star Trek exist because of Desilu’s intervention and financial backing.

Lucille Ball and then-husband and eventual “I Love Lucy” costar Desi Arnaz formed Desilu in 1950. Ball made most of all of the creative choices while Arnaz handled the business. The two worked as partners for years until they divorced in 1960, and Ball purchased Arnaz’s share of the company in 1962. Lucille Ball as head of the production company Desilu was the one who agreed to finance the expensive pilot, “The Cage.” Lesser known, however, is the role Lucille’s first husband Desi Arnaz – and the “Desi” in “Desilu” – played in the creation of one of TV’s all-time greatest sci-fi show, The Twilight Zone, a half-decade earlier. 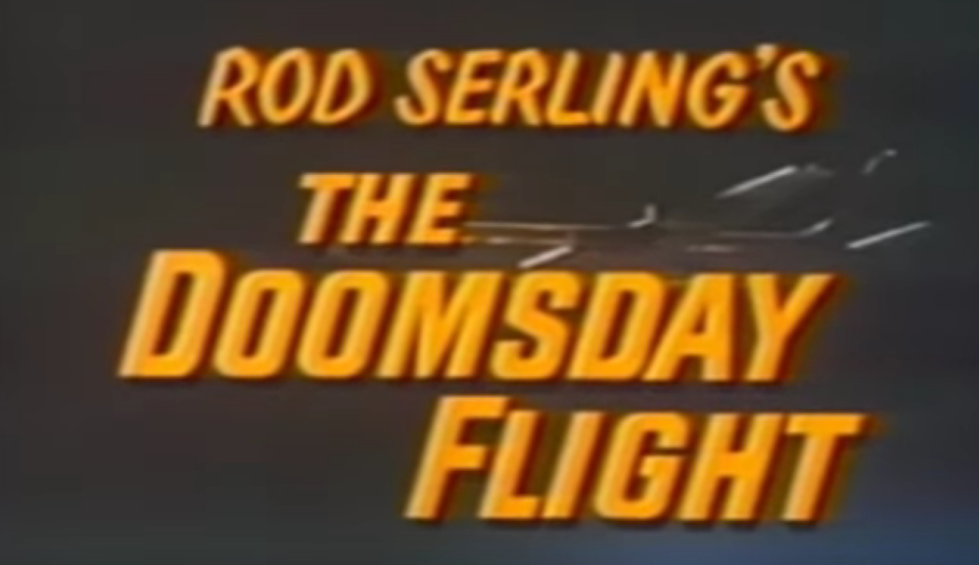 The film concerns a bomb placed on an airliner, and the efforts to locate it before it explodes. The terrorist who placed the bomb demands money in exchange for necessary information. The film inspired real-life copycat incidents involving bomb threats.

The Doomsday Flight led to copycats who would call airlines and claim to have a similar bomb aboard a flight. A notable attempt was aboard a Qantas Airways flight in 1971, when a caller claimed to have placed such a bomb. The man actually placed a bomb at the Sydney Airport, leading officials to take the threat seriously and pay out $560,000 to the person.  In 1971 the Federal Aviation Administration urged television stations in the United States not to air the film, on the basis that the film could inspire other emotionally unstable individuals to commit the same or similar acts as the villain in the film.

Read More: The true story of the 1971 Qantas bomb hoax — one of Australia’s most audacious heists

Always have a perpetual question mark next to this issue of free will and predetermination..

If the occurring events were not in this world when they were observed, then, to be perfectly logical, they must have been out of this world. And whatever is there to be seen before it occurs here must be “Predetermined” from the point of view of man awake in a three- dimensional world.

Thus the question arises: “Are we able to alter our future?”

My object in writing these pages is to indicate possibilities inherent in man, to show that man can alter his future; but, thus altered, it forms again a deterministic sequence starting from the point of interference – a future that will be consistent with the alteration. The most remarkable feature of man’s future is its flexibility. It is determined by his attitudes rather than by his acts. The cornerstone on which all things are based is man’s concept of himself. He acts as he does and has the experiences that he does, because his concept of himself is what it is, and for no other reason. Had he a different concept of self, he would act differently. A change of concept of self automatically alters his future: and a change in any term of his future series of experiences reciprocally alters his concept of self. Man’s assumptions which he regards as insignificant produce effects that are considerable; therefore man should revise his estimate of an assumption, and recognize its creative power.

All changes take place in consciousness. The future, although prepared in every detail in advance, has several outcomes. At every moment of our lives we have before us the choice of which of several futures we will choose.”

Article Name
Is the Imagination of Popular Writers Creating Our Reality?
Description
She interviews a man named John Reszetylo who attended a Neville Lecture with Lucille Ball and Rod Serling when he was 4 years old.
67
SHARES
ShareTweet