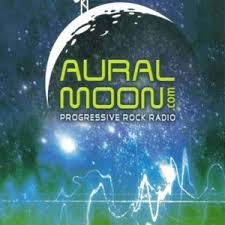 Scientists are a step closer to finding a world similar to Earth .The W. M. Keck Observatory and the Gemini Observatory have confirmed the existence of the first Earth-sized exoplanet, Kepler-186f.

Kepler-186f is an Earth-sized planet found by NASA’s Kepler Space Telescope. The exoplanet is within Kepler-186, a five-planet system about 500 light-years from Earth in the constellation Cygnus.

The five planets of Kepler-186 orbit a star classified as a M1 dwarf, measuring half the size and mass of the sun.

“What makes this finding particularly compelling is that this Earth-sized planet, one of five orbiting this star, which is cooler than the Sun, resides in a temperate region where water could exist in liquid form,” says Elisa Quintana of the SETI Institute and NASA Ames Research Center who led the paper published in the current issue of the journal Science.

The Kepler confirmed this planetary system from planetary transits. When viewing the host star from Earth the transiting planets created tiny eclipses and the star’s light diminished. Kepler detects that as a variation in the star’s total light output and evidence for planets. So far more than 3,800 possible planets have been detected by this technique with Kepler.

Since Kepler (nor any telescope) is able to directly spot an Earth-sized exoplanet and distance to its host star. The researchers used a process of eliminating all other possibilities, whether another background star or stellar companion was mimicking what Kepler detected. So the team obtained high spatial resolution observations from the eight-meter Gemini North telescope on Mauna Kea in Hawai`i using a technique called speckle imaging, as well as adaptive optics (AO) observations from the ten-meter Keck II telescope, Gemini’s neighbor on Mauna Kea.

Together, these data allowed the team to rule out sources close enough to the star’s line-of-sight to confound the Kepler evidence, and conclude that Kepler’s detected signal has to be from a small planet transiting its host star.

“The observations from Keck and Gemini, combined with other data and numerical calculations, allowed us to be 99.98% confident that Kepler-186f is real,” says Thomas Barclay, a Kepler scientist and also a co-author on the paper. “Kepler started this story, and Gemini and Keck helped close it,” adds Barclay