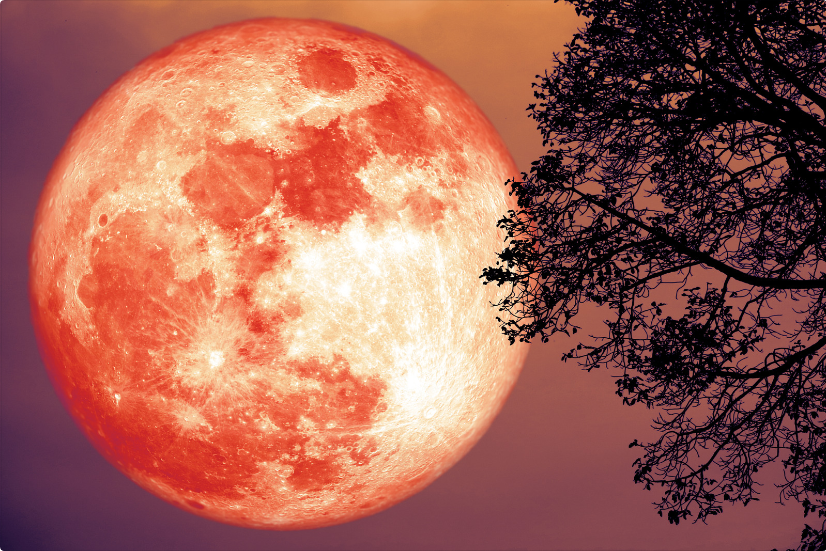 Posted at 20:55h in Astrology by Tima Vlasto
1 Like
59
SHARES
ShareTweet

If someone asks you “Do you believe?” and you do not answer “in what” then you have written a blank check on your brain and it shall surely come back marked, “insufficient funds”

The moon will officially be 100% full at 3:12 p.m. EDT on Friday, June 5, but it will appear full as it rises on Friday evening until it sets early Saturday.

In North America, it is commonly referred to as the Strawberry Moon.

“This name originated with Algonquin tribes in eastern North America who knew it as a signal to gather the ripening fruit of wild strawberries,” the Old Farmer’s Almanac said.

In Europe, June’s full moon is called the Mead Moon, the Rose Moon and the Honey Moon.

“Mead is a drink created by fermenting honey mixed with water, sometimes with fruits, spices, grains, or hops. In some countries Mead is also called Honey Wine (though in others Honey Wine is fermented differently than Mead). Some writings suggest that the time around the end of June was when honey was ripe and ready to be harvested from hives or from the wild, which made this the “sweetest” Moon. The word “honeymoon” traces back to at least the 1500’s in Europe. The tradition of calling the first month of marriage the “honeymoon” may be tied to this full Moon, either because of the custom of marrying in June or because the “Honey Moon” is the “sweetest” Moon of the year.”

Some sources indicate the name “Rose Moon” comes from the roses that bloom in late June.

For Hindus this full Moon corresponds with Vat Purnima. During the 3 days of this full Moon married women will show their love for their husbands by tying a ceremonial thread around a banyan tree. The celebration is based on the legend of Savitri and Satyavan.

For Buddhists this full Moon is the Poson Poya. The Poson holiday in Sri Lanka celebrates the introduction of Buddhism in 236 BCE.

People in Australia, Asia, Europe and Africa will be able to see the celestial phenomenon as the eclipse will end before the moon rises over the Americas.

The best time to see the penumbral lunar eclipse will be on Friday at 19:25 UT (Universal Time), according to NASA.

Astrology – The Full Moon in Sagittarius – The Priest’s Moon

“The Scholar finally finds what he has been seeking all this time. The Divine touches him, and he is blessed and opened up to the Powers of the Universe. The priest is touched through the channel of the sacred texts and traditions that he has learned. In a haze of glory, he dedicates himself to the Truth that he has touched. Sagittarius is the sign of religion. Not just solitary spirituality, but religion itself. The word religion is related to re-linking, as it is a set of beliefs that link people together Religion is by definition a group activity, even when it is practised alone, and it is the power of the group that defines what belongs and does not belong in that category of faith. Once the group has decided on it, the tradition is laid down and followed as closely as possible. That can be a drawback if it becomes rigid, a barrier to the Divine energy rather than a channel…or it can become a stable and reliable set of symbols or a disparate group of people to use to commune together in a group.

The difficulties and negotiation around those two possible outcomes have engendered more suffering than needs to be mentioned here. This, however, is part of the Sagittarius mystery and tragedy.

The Full Moon in Sagittarius enacts the fullest and most archetypal manifestation of Sagittarius, and here we have to look at the picture of the centaur archer. Half man and half animal, half wise teacher and half-child of Nature. Sagittarius is constantly pulled in two directions. One is the call of the body, the physical experience, the beauty of Nature, all the animal instincts and sensory happenings that were explored in the first few phases of this Moon cycle.

The other half, the half-human, bot rationalizes mentally and thinks abstractly. The human side can read, can write down received knowledge and be illumined by it over and over, can think in intellectual absolutes and connect to the Universe through a higher channel than the body.

But which should be most valued- the physical ecstasy or the intellectual ecstasy? The random experience of one or the relayed wisdom of the other? This is the Priest’s dilemma. Pulled between the scholar and the shaman, between inspiration and tradition, he must find an answer not only for himself but for everyone who might follow him.

The Priest is a divine channel through whom inspired wisdom comes. He is also the archetype shown in the Tarot card of the Hierophant, benevolently upholding tradition while covertly striking down dissidence.

Is there, indeed a great Truth that encompasses both sets of knowledge, including their contradictions? If so, what does that mean for the Priest and his flock?

On the Priest’s Moon, we think about the traditions and beliefs we hold- religious or otherwise – and whether we are able to objectively question them. If you think you don’t have any traditions or beliefs, hunt up those friends everyone has ( or should have) who are very different from you, but are somehow your friends anyway. Ask them what rigid beliefs you hold, and be prepared to think about the answer. If the worst comes to worst, go to the Universe itself and pray or meditate (if that’s something you do) for an answer. Make sure that you don’t make the mistake of assuming that an answer if you get one, applies to anyone but yourself.” – Moon Phase Astrology: The Lunar Key to Your Destiny by Raven Kaldera

The entire eclipse lasts 3h 18.2m, a slightly weak effect for the next 3+ months. Moon transits mid Gemini, Virgo, Sag, and Pisces three times in the next three months.

When Venus transits 16 Gemini in July, new truths, relationships and openings will come. This will be challenging because Mars makes a T-square with this Eclipse and is septile Pluto and Jupiter.

The houses this eclipse falls in (see below) will show what part of our life is going to be shut down and let go and what beliefs have been holding you back. The gist of it is to get a better acquainted with your inner Truth.

If you look back to August 2019 when Jupiter stationed at 15 Sagittarius there may be a clue of what “gift” was promised to manifest now.

It may become quite clear to you what you thought was really important in your life, no longer does it for you. You may feel very strange and a big fat void inside with no where to turn and not even know what to believe in. You also could be pretty shocked to find out just how important our beliefs are and how they are/were running your life.

Best course is not to freak out when you free fall through a massive amount of false beliefs or a change in your basic outlook. When you reach the bottom you will find you still exist and you will look around and possibly see it has only been You there all the time. Get to know that You pushed out in all all that experience. Get to know Y̶o̶u̶ ̶a̶r̶e̶ God. 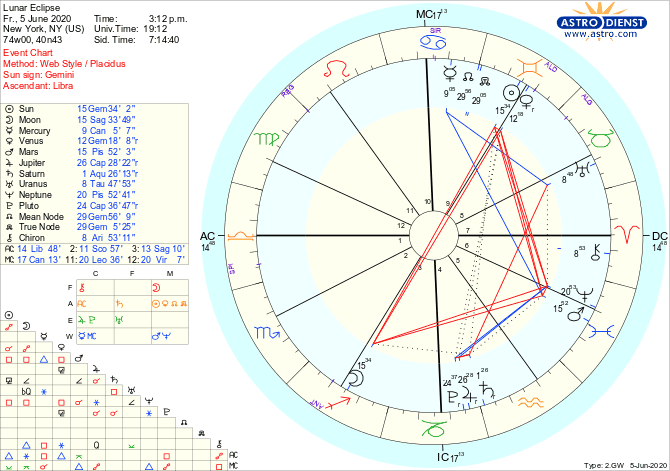 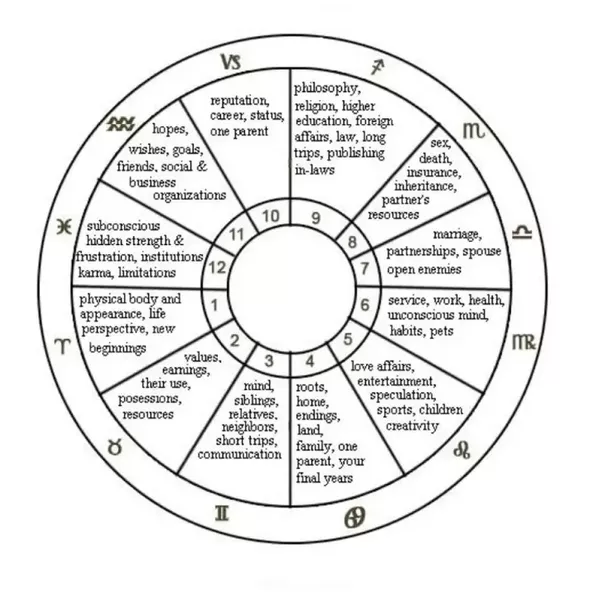 Article Name
Astrology: Total Penumbral Lunar Eclipse: June 5 2020 "Strawberry Moon"
Description
The moon will officially be 100% full at 3:12 p.m. EDT on Friday, June 5, but it will appear full as it rises on Friday evening until it sets early Saturday.
59
SHARES
ShareTweet