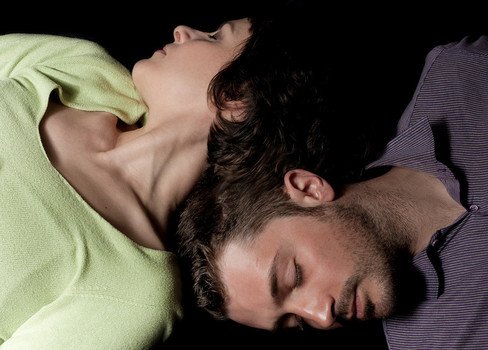 Men, who suffer from premature ejaculation, may need to relax a bit about their problem and concentrate on other ways than intercourse to satisfy their women. Apparently, if a guy is paying way too much attention to his sexual performance and neglects other forms of sexual activity, he not only will totally frustrate his woman but might even end up alone.

Premature ejaculation affects men of all ages and about 30 percent of men worldwide suffer from it. Besides psychological and medical causes, such as limited sex education, unrealistic perceptions of sexuality, fear of failure, erectile dysfunction and physical illnesses, there are also neurophysiological reasons, such as penile sensitivity

The University of Zurich on May 20, 2014, announced the results of a study, “Female Partner’s Perception of Premature Ejaculation and Its Impact on Relationship Breakups, Relationship Quality, and Sexual Satisfaction,? published in The Journal of Sexual Medicine.

Andrea Burri, a clinical psychologist at the University of Zurich says:

“Around 40 percent of over 1,500 women polled from Mexico, Italy and South Korea indicated that ejaculation control is very important for satisfactory intercourse. It is not the short duration of the act of lovemaking that is primarily regarded as the main source of sexual frustration by the majority of women, but the fact that the man is focused too strongly on delaying ejaculation. As a result, he ignores the sexual needs of the woman and is unable to satisfy her individual desires.?

Sexual satisfaction for women polled consisted of a combination of intercourse plus kissing, caressing and other forms of sexual stimulation. Most of the women did not see coitus as the central aspect of sexuality (though women who do not have trouble climaxing wanted longer coitus)- they actually wanted more sexual creativity and not a one-sided focus on the guys performance. The women who rarely reach orgasm ? if at all ? wanted the sexual act to establish and experience intimacy and commitment. Even though they found premature ejaculation exasperating, they found the short duration even more problematic. Furthermore, if the partner was so caught up in their performance and didn’t pay any attention to their needs (which could be satisfied in other ways than coitus) it might throw them over the edge.

Much like the man, she avoids sexual contact for fear of rejection and the resulting trauma for her own sexuality,? explains sex researcher Andrea Burri. The woman thus suffers a loss in quality of life and ultimately calls the relationship into question.

The survey revealed unfortunately that even if the relationship was generally harmonious and good, the strain and frustration that builds up because of this overcompensation and lack of attention to other sexual experiences, it would eventually lead to break-ups and splits. With so much concentration attached to the ?problem of premature ejaculation’ Twenty-five percent of the women indicated they had broken up with men in previous relationships for this exact same reason.

“After all, the consequences are often more far-reaching than simple sexual dissatisfaction as, in extreme cases, it poses a threat to the desire to have children if the man already ejaculates prior to actual intercourse,? Burri concludes.

Depending on the cause, physical, drug-based or psychotherapeutic courses of treatment can help with this issue. Also, psychotherapy is beneficial if the partner is involved in the consultation and the treatment.