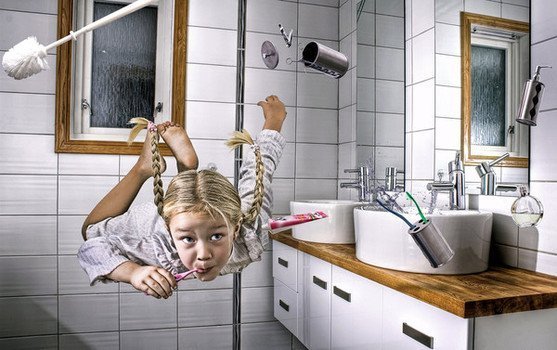 01 Nov Magnetic north pole shift: NASA and Egyptians say this has happened before.

Have magnetic pole shifts ever happened in the past? According to NASA and an ancient passage from Herodotus‘ historical documentation of ancient Egypt…it has.

Today’s news about the magnetic north pole shift being the cause behind the closure of an airport in Tampa, Florida happening during this period of recent mass animal deaths, has prompted a flurry of doomsday scenarios, included a theory of mass destruction, if ever the poles reversed magnetic polarity.

According to NASA though:

Scientists have long known that the magnetic pole moves. James Ross located the pole for the first time in 1831 after an exhausting arctic journey during which his ship got stuck in the ice for four years. No one returned until the next century. In 1904, Roald Amundsen found the pole again and discovered that it had moved–at least 50 km since the days of Ross.

The pole kept going during the 20th century, north at an average speed of 10 km per year, lately accelerating “to 40 km per year,” says Newitt. At this rate it will exit North America and reach Siberia in a few decades.? (See slideshow)

The FAA and most scientists are aware of this shift. As to a complete reversal, NASA states:

Sometimes the field completely flips. The north and the south poles swap places. Such reversals, recorded in the magnetism of ancient rocks, are unpredictable. They come at irregular intervals averaging about 300,000 years; the last one was 780,000 years ago. Are we overdue for another? No one knows.

So what about the fish dying and birds falling from the sky?

It’s a well known fact that birds sense magnetic fields and use them to navigate, particularly when migrating south for the winter.

Now, there is a difference in sonar (sound waves) and electromagnetic waves but according to an article, Do Salmon Navigate by the Earth’s Magnetic Field?:

There appear to be two possible ways by which the magnetic field can influence a fish’s nervous system. The first is that the ferromagnetic mineral magnetite in the creature’s brain may function as a biological compass which is “set” at the time of entry into the ocean (magnetite occurs across the biologic spectrum from bacteria to dolphins). The information retained is the vertical and horizontal components of the earth’s magnetic field at that point, and the declination of the horizontal component, which is the difference between magnetic and true north, presumably determined by the sun. These factors taken together provide a combination that is unique for any geographic location.

Also, Russian scientists in a study, Magnetic field perception by the electroreceptor system of fish:

“…proved the possibility of perception of the geomagnetic field by electroreceptors of a slow-moving fish.?

What happens during a magnetic flip?

They’ve also learned what happens during a magnetic flip. Reversals take a few thousand years to complete, and during that time–contrary to popular belief–the magnetic field does not vanish. “It just gets more complicated,” says Glatzmaier. Magnetic lines of force near Earth’s surface become twisted and tangled, and magnetic poles pop up in unaccustomed places. A south magnetic pole might emerge over Africa, for instance, or a north pole over Tahiti.? (See slideshow)

Since a flip in magnetic poles can only occur if Earth spins in the opposite direction, this means that Earth must have reversed its rotation from East to West and West to East throughout history. (Pole Shift Magnetic)

The ancient Greek historian, Herodotus, known as the “Father of History? (because he collected his information very systematically), writes in his book, The Histories, Volume II:

“Herodotus says that the priests told him:

When Sethon died there had been 341 kings in Egypt, the son succeeding the father- That three races were equal to 100 years: and the entire period of time was 11,366.5 years. And they further informed him that within that period of time the sun had risen four times, not according to its usual rising, or extraordinarily that it had twice risen where it then set, and twice set where it then rose: that notwithstanding, nothing was changed in Egypt, neither of the things that proceeded from the land, not from the river, nor as to distempers and death.”

Seems the ancients lived to tell Herodotus about it, so why should we worry?

and: 2012: Hoax and hype debunked by NASA scientist and Mayan elder

Magnetic Field of the Earth: Hyperphysics

Do Salmon Navigate by the Earth’s Magnetic Field? by Larry Gedney Alaska Science