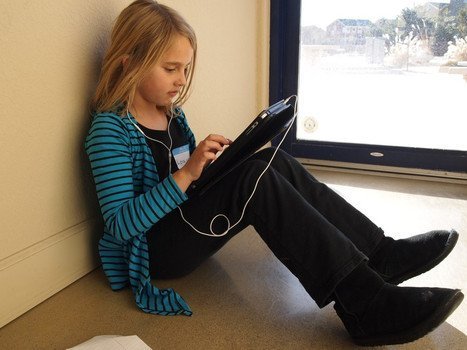 03 Apr Little exercise and heavy use of electronic media, health risk for children

We know that children who don’t exercise may have weight and obesity issues in later life. There is also evidence that sedentary behavior, like watching TV, playing video games and using computer leads to bad eating habits. But what happens when a child doesn’t exercise, eats erratically, spends too much time playing video games and sits around all day. A new study carried out by the Institute of Biomedicine at the University of Eastern Finland put this all together in new research which found the combination of low levels of physical activity with heavy use of electronic media and other sedentary behavior are linked to an increased risk for type 2 diabetes and vascular diseases already in 6?8 year-old children.

The study announced on May 21, 2014 from University of Eastern Finland and published in International Journal of Behavioral Nutrition and Physical Activity, “Physical activity and sedentary behaviour in relation to cardiometabolic risk in children: cross-sectional findings from the Physical Activity and Nutrition in Children (PANIC) Study? shows the results from a lifestyle intervention study, “The Physical Activity and Nutrition in Children Study, the PANIC Study,? that examines the lifestyles, health and well-being of children. The study provided information on children’s physical activity and sedentary behavior, nutrition, physical condition, body composition, metabolism, vascular system, brain function, oral health, life quality, effects of exercise and nutrition on a child’s health and well-being.