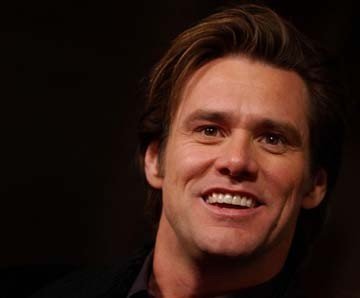 Jim Carrey was well on his way to embracing “the power of intention” way before his recent contact with The Power of Now, author Eckhart Tolle.

Tolle is recognized (globally since the Oprah Winfrey Show) for his bestselling books that encourage and guide readers into the Zen concept of “living in the present.”

The video below, in which Jim Carrey reveals his moment of awakening, is taken from an inaugural meeting of a new organization called, the Global Alliance for Transformational Entertainment (GATE) founded by John Raatz of the Visioneering Group. GATE hopes to support media and entertainment professionals “embrace the moment” and use the power of the media for positive change and transformation.

Peter Shiao, CEO of the Orb Media Group and one of the speakers at the event said. “We create images that people all over the world see as reality. With that power comes responsibility. This is about delivering rich transformational experiences that people want to pay money for. Transformational media is already upon us every time Barack Obama is on TV. Tonight is about putting a name on this movement — this is our Constitutional Hall.” The Hollywood Reporter

HBO executive Scott Carlin noted that even social media devices like Twitter suggest the world is ready for a more inspirational message.

“People are literally Twittering their lives away at 140 characters or less,” Carlin said. “It’s a massive manifestation of mankind’s need to belong.”

Carrey revealed in the video that he spent hours during his childhood entertaining his mother, hoping to relieve her chronic pain through is performances. He quoted Buddha saying:

“All spirituality is about relieving suffering.” He went on to say: “And I suddenly realized, that is what I’m doing in the other room (with his mother).” And I’m aligned?my purpose is aligned with this. So, I felt incredibly lucky. I lose sight of that all the time.

In the article, Has Jim Carrey Flipped Out? In Time magazine Carrey mentions:”You have to take the plunge to expose your true self. If you’re true to yourself, you’ll turn someone on. And being Jim Carrey, he managed to be funny while he was preaching. He asked the last person in the last row of the audience to call out her name.”

“Are you aware that you have the distinct, palpable feeling that your intention helped create this evening?”

“Do you understand that all of this, this entire event, is happening inside you?”

A pause, then an uncertain, “Ye-e-e-s.” The audience laughed.

“I hope you can feel that,” Carrey said. “I hope you can understand that you are one of the creators of this evening. ? And then I hope you are able to ask yourself?”Why did I get such a crappy seat?” Jim Carrey Almighty by Kim Masters at The Daily Beast

Tolle believes movies can raise consciousness and that even war movies such as All Quiet on the Western Front that show “the insanity of war” can be transformational, as well as movies depicting spiritual growth of the main character (such as The Last Samurai).

CBS’s 60 minutes quotes Carrey in Carrey: ‘Life Is Too Beautiful’ “I just want to be here. That’s it. When the opportunity arises, and I’m on the set? and I’ll be there tomorrow. I’m not going to live it until I get there, and when I get there, I’m going to have a great time. I’m going to walk into the set and I’m going to go, ‘Hey humans. How are you doing? Let’s have fun. Let’s play in the sandbox.'”

Jim Carrey Almighty by Kim Masters at The Daily Beast

Carrey: ‘Life Is Too Beautiful’