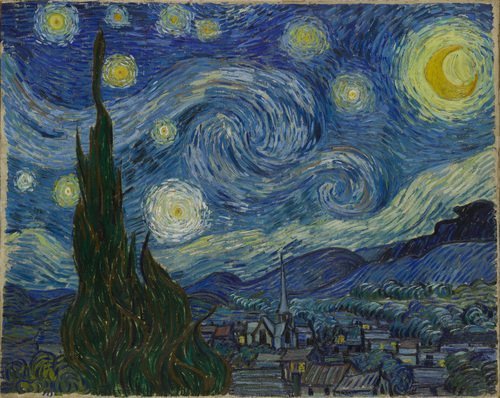 01 Jun Where can I find the top 5 must-see inspirational paintings in NYC?

1. A dose of Christian Mysticism:

St. Francis in the Desert 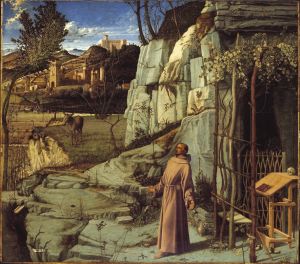 “St. Francis in the Desert” is one of Bellini’s most brilliant paintings. Within the details of birds, animals, plants, skulls and sandals, even within the rock formations are hidden meanings that can be understood only by those who studied Franciscan gnosis. Bellini in this painting has miraculously captured in paint, “a spiritual light” that flows through the entire canvas. This is a must-see painting while visiting New York, only for the spiritual state of consciousness the light invokes.

2. A dose of Greek Symbolism:

Oedipus and the Sphinx 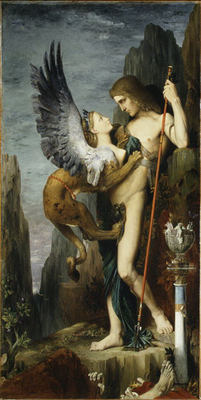 “Oedipus and the Sphinx” by Symbolist painter Gustave Moreau represents the moment when Oedipus confronts the winged monster outside Thebes and must solve her riddle to save his life as well as those of the besieged Thebans.

“The sphinx was a hybrid monster, part human, part lion, sometimes shown with eagle wings and a serpent’s tail. The story of Oedipus and the Sphinx is about a sphinx who blocked a mountain path to the city of Thebes and posed riddles to travelers. If they could answer, they could pass. If they couldn’t, they were torn to bits. Oedipus accepts the challenge while a less brave traveler runs down the hill. Bits and pieces of the corpses of previous challengers lie on the ground. Oedipus points to himself with one hand as he answers the riddle. In the form of the riddle that has come down to us, the sphinx demands to know “What walks on four legs in the morning, two at noon, and three in the evening?” The correct answer is a human being; the deeper question posed by the riddle is what is the meaning of life, and what is the nature of humanity.”

3. A dose of Psychology: 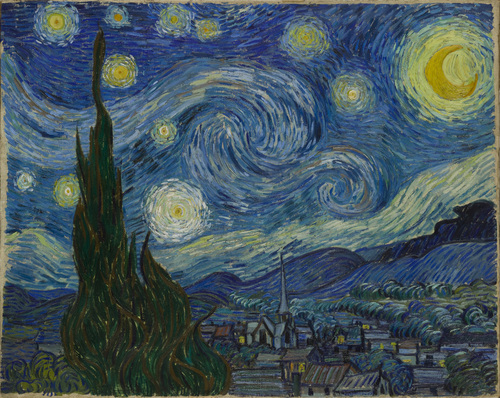 “And so the sky swirls across the canvas full of vitality and power that speaks of His presence. The stars don’t just sparkle; they explode in radiance. Looking closer, we notice that the earth itself seems to respond to the movement in the heavens, forming its own living waves in the mountains and the rolling trees beneath them. In the sleepy village, the windows of the houses glow with the same light that illuminates the universe. The church steeple in the center seems to struggle to point to God, who is so alive in this scene. But the little church is dwarfed by the cypress trees at the left, which seem to capture the joy of the inhabited creation around them by erupting in a living flame of praise.” Art to Heart

4. A dose of Alternative Reality:

The Persistence of Memory 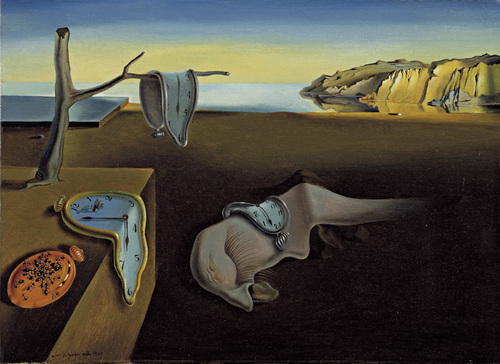 The Persistence of Memory
“Time is the theme here, from the melting watches to the decay implied by the swarming ants. The monstrous fleshy creature draped across the paintings center is an approximation of Dalí’s own face in profile. Mastering what he called “the usual paralyzing tricks of eye-fooling,” Dalí painted this work with “the most imperialist fury of precision,” but only, he said, “to systematize confusion and thus to help discredit completely the world of reality.” There is, however, a nod to the real: The distant golden cliffs are those on the coast of Catalonia, Dalí’s home.” MoMA 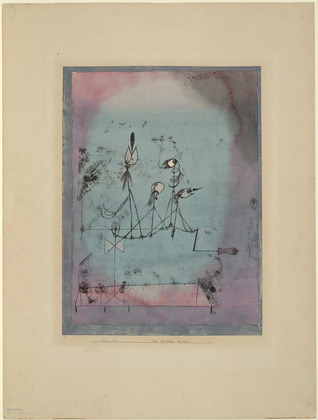 “The “twittering” in the title doubtless refers to the birds, while the “machine” is suggested by the hand crank. The two elements are, literally, a fusing of the natural with the industrial world. Each bird stands with beak open, poised as if to announce the moment when the misty cool blue of night gives way to the pink glow of dawn. The scene evokes an abbreviated pastoral?but the birds are shackled to their perch, which is in turn connected to the hand crank.

Upon closer inspection, however, an uneasy sensation of looming menace begins to manifest itself. Composed of a wiry, nervous line, these creatures bear a resemblance to birds only in their beaks and feathered silhouettes; they appear closer to deformations of nature. The hand crank conjures up the idea that this “machine” is a music box, where the birds function as bait to lure victims to the pit over which the machine hovers. We can imagine the fiendish cacophony made by the shrieking birds, their legs drawn thin and taut as they strain against the machine to which they are fused.

Klee’s art, with its extraordinary technical facility and expressive color, draws comparisons to caricature, children’s art, and the automatic drawing technique of the Surrealists. In Twittering Machine, his affinity for the contrasting sensibilities of humor and monstrosity converges with formal elements to create a work as intriguing in its technical composition as it is in its multiplicity of meanings.” The Museum of Modern Art, MoMA Highlights, New York: The Museum of Modern Art, revised 2004, originally published 1999, p. 127.

The Metropolitan Museum of Art

The Museum of Modern Art (MoMA)