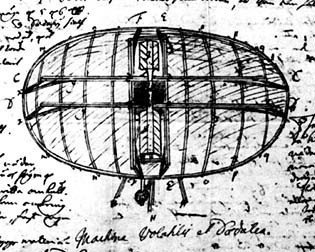 Today, we celebrate the great work of Martin Luther King, Jr., a man whose inspired orations and more specifically his famous speech, “I Have a Dream,” raised the public consciousness to an awareness of the civil rights movement which eventually led to the end of racial segregation and discrimination.

A little known fact discovered in 2006 when King’s library was sold at Sotheby’s to Morehouse College in Atlanta, was an interesting inscription on the opening page of his copy of Emerson’s, A Modern Anthology. King wrote:

Emanuel Swedenborg was a Swedish nobleman, scientist, inventor, theologian and mystic. Emerson referred to him in his chapter on Swedenborg in Representative Men that he was a man “not to be measured by whole colleges of ordinary scholars.”

He published extensive volumes of works in the physical and biological sciences which unveiled the secrets of nature centuries before our present scientists had the technological means to view his discoveries.

Neuron theory (brain cell with its connections and a multi-level cognitive theory. Modern neuroscience has only recently begun to think of the brain structure beyond the substrate of neural synaptic connections. Emanuel Swenenborg extended the idea of neural substrates with the human cognitive architecture to the non-physical bio-complexity of the human soul in the spiritual world 250 years ago!

It was Swedenborg who first proposed that the cerebral cortex could be divided into specific regions that controlled different parts of the body. These specialized “cortical territories” were highly interconnected and enable the brain to function as a coherent whole. He also identified the role of cortical region at the back of the frontal lobes in voluntary muscle control, and even suggested that the frontal lobes of the brain were linked to intellectual functions (including imagination memory and thought).”

“In his studies of the brain, for example, Swedenborg was the first to recognize the existence of neurons. He also recognized the importance of the frontal lobes for the higher psychic functions like reason and rationality, and he anticipated the findings of split-brain research, arguing that the brain’s left hemisphere was “masculine” and housed our rational minds, while the right was “feminine” and was the seat of emotions. As many have done after him, Swedenborg argued for the need to integrate these often opposing halves. He also noted the significance of the little understood cerebellum, the protocerebrum located at the back of the skull, which some theorists argue is the seat of paranormal and mystical experiences.”

Gary Lachman author of Into the Interior: Discovering Swedenborg states:

In cosmology, Swedenborg was the first to posit the nebula theory of solar and planetary formation?in which stars and planets start out as gaseous clouds?credit for which is usually given to the French mathematician Pierre-Simon Laplace and the German philosopher Immanuel Kant. There’s a good argument, however, that Kant first got the idea from reading Swedenborg. Swedenborg’s countryman and fellow scientist, Nobel Prize winner Svante Arrhenius, argued that among Swedenborg’s astronomical anticipations was the idea that the length of the orbits of Earth and other planets around the sun has increased over time, and that Earth’s rotation?and hence the length of a day?has also increased. He also argued that Swedenborg first noted that the stars spin on their axes and that they circle the Milky Way. Swedenborg also posited the notion of other galaxies and believed that these themselves form immense stellar systems?an idea common today but unheard of at that time. He also seems to have anticipated the kinds of stars called pulsars, which emit bursts of radiation, and to have put forth a strong version of what is known as the anthropic cosmological principle, which argues that a universe such as ours must produce intelligent life. Swedenborg trumped this by arguing that the universe was created in order to produce beings like ourselves. This was so because heaven, at least according to him, is populated by human beings who, after death, become angels. One planet alone couldn’t produce enough people to populate heaven properly, so Swedenborg argued that there must be myriad worlds housing intelligent beings.

He also started the first Swedish scientific journal, Daedalus Hyperboreus, named after the mythical Greek inventor (a journal comparable to our present day, Popular Mechanics to which he contributed articles on topics ranging from metallurgy to mechanical inventions.

Just a small example of his discoveries into microbiology:

Swedenborg gained access to it in a century when any object situated beyond the 0.1 mm scale was totally unobservable.

A fascinating micro-world: Swedenborg gained access to it in a century when any object situated beyond the 0.1 mm scale was totally unobservable.

His DaVinci-like genius here depicted in Swedenborg’s Flying Machine which was first sketched in 1714 when he was 26 years old. It is recognized as the first published description of a flying machine.

“The first time it was examined was in 1910, by the Royal Aeronautical Society. They called it “the first reasonable suggestion to build a heavier-than-air flying machine.” It was then analyzed by the Smithsonian Institution in 1962 who compared its features with that of later aircraft.”

At the age of fifty-six he experienced a sudden spiritual awakening:

“In his popular 1758 work, Heaven and its Wonders and Hell From Things Heard and Seen, Swedenborg claimed to have witnessed firsthand the vastness of the afterlife, and spoke of the manner in which angels communicated both to him and to one another.”

“‘Angels talk together just as men do in the world, and also on various subjects, as on domestic affairs, on civil affairs, on the affairs of moral life, and on those of spiritual life; nor is there any other difference than that they converse more intelligently than men, because more interiorly from thought. It has been given me often to be in company with them, and to speak with them as friend with friend, and sometimes as stranger with stranger; and then, because I was in a similar state with them, I knew no otherwise than that I was speaking with men on earth. Swedenborg & Contactees

Though Swedenborg is presently associated with an eccentric form of Christianity, Lachman states:

If his name does ring a bell, it’s usually as the inspiration for an eccentric form of Christianity, the New Church, to which William Blake once belonged (and with which, incidentally, Swedenborg had nothing to do, as the church was founded after his death). Others may know that Swedenborg wrote dauntingly long books, depicting in precise detail the conditions of life in heaven and hell, information about both places reaching him through his many visits there, which were taken during the unusual trance states he had mastered. Still others may recall that Swedenborg provides some of the most convincing evidence for precognition and clairvoyance. Among other remarkable examples, he accurately predicted the exact date and time of his death. On another occasion, he “saw” a fire break out in Stockholm while he was at a dinner party three hundred miles away. His fellow guests were startled as Swedenborg reported the spread of the flames and shared his relief as he announced that the fire had stopped just doors away from his own home. Days later, Swedenborg’s report was confirmed by a messenger. In a time without telephones, email, or fax machines, how he could have known of the fire while he was hundreds of miles away remains a mystery.”

Lachman goes on to state that Swedenborg wrote at a time when the Bible was the center of Western thought, and he wrote his book in order to make Swedenborg more accessible to our modern minds. He suggests reading, Heaven and Hell to start and considers it a “rough guide” to altered states.

When questioned the moment before his death, if all he wrote were true, Swedenborg stated:

‘As truly as you see me before your eyes, so true is everything that I have written; and I could have said more had it been permitted.'” (The Swedenborg Epic, p. 432)

An Evaluation and Biographies