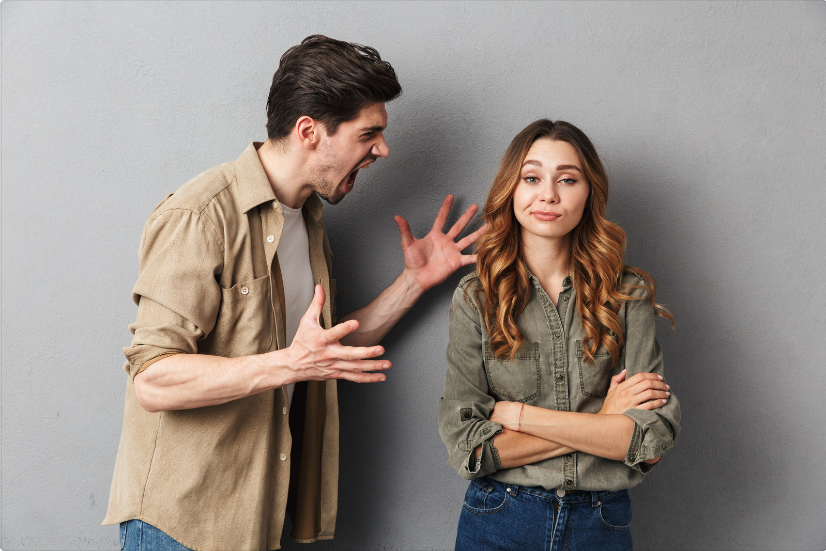 24 Jun How to Protect Yourself From Other People’s Energy

And, now, having acquainted you with the various forms of the manifestation, projection and use of personal magnetism – having taught you not only the theory, but also the practice; not only how to acquire the technique, but also how to effectively employ the same – I will conclude by calling your attention to the defensive side of the question. In boxing or fencing, you have not mastered the art fully until you are able not only to attack, but also, how to defend – not only the art of aggressive action, but also the science of defensive action. And, so it is in the case of personal magnetism, you must not only know how to use the force in the form of projection, but you must also know how to defend yourself against the projection of the force by others.

It is true that the careful and diligent student of these lessons will gradually develop such a power within himself that he will scarcely ever meet individuals more powerful than himself. But, still, there are always the very strong individuals to be reckoned with, and I want you to possess the secret of dispersing and dissipating the magnetism of such persons, so far as effect on yourself is concerned, by the methods known to all advanced students and practitioners of personal magnetism.

This defensive science is far simpler than you would think at first, although to be effective in the same you must first have learned how to project effectively. I may sum it up in a few words – heed them carefully. The secret is this: In defending one-self against magnetic projection in any or all of its forms, you have but to project toward the other person a strong DENIAL of his power to influence, affect, or master you. That is the whole thing in a nutshell. Now for the details.

But, right here, I want to remind you of a very important fact, and that is in this denial you do not really destroy or lessen the power of the other person, in general. You only neutralize his magnetism so far as it affects yourself, or those whom you wish to protect. In other words, instead of destroying his weapons, you merely turn them aside, and cause them to glance off, leaving you, and yours, harmless. To use a familiar illustration from the field of electricity, you render yourself a non-conductor, and the force glances off you without affecting you in the slightest. Remember this illustration, and you will have the idea firmly fixed in your mind.

You may render yourself immune not only from the direct flash, and direct demand or command, of others, no matter how strong they may be; but also from the general contagion of the mental atmosphere or auras of others. By proper concentrated effort, along these lines, you may render yourself absolutely immune from the force of the personal magnetism of others, if you so desire. Or, if you prefer, you may shut out only certain individuals from your field, and allow the beneficial magnetism of others to enter it. In truth, you are your own MASTER, if you but exert your power.

As to the methods to be employed, you have but to use those you have already learned in these lessons, by merely changing the mental attitude and statement or command. For instance, instead of projecting the direct command that you are stronger than the other person, and can therefore influence him; you have but to calmly DENY his power over you, and defy him to affect you in the slightest. As a matter of fact, that mental attitude is far less strenuous than the aggressive form of magnetic projection. It requires merely the interposition of your magnetic shield of defense, and his power will glance off without affecting you, even though he is most strenuously projecting it. There is of course the other plan of fighting aggressive magnetism with aggressive magnetism – this is the real magnetic duel in its plain form, and may be used when desired. But if you merely wish to repel the aggression of others, you have but to use the defensive plan of the DENIAL, as I have just told you.

In forming the mental statement, which accompanies all forms of the use of mental magnetism, as you have seen, you merely express (mentally) in a few, strong positive words, the idea you wish to reach the other person’s mind. Well, so it is the case of magnetic self-defense. You simply mentally state in a few strong words that you deny the power of the other person. You will find, as you experiment, that in the very words “I DENY,” there is a mighty dynamic power of defense. It is the mental idea behind these words, which, figuratively wipes out of existence the other person’s magnetism, at least so far as you, yourself, are concerned. It is the great SHIELD OF DEFENSE. Let the full meaning of the word “DENY” enter into your mind – you will find it contains a new meaning and strength, when considered in this connection.

Now, right at this point, before proceeding further, I ask you to turn back over the leaves of the preceding lessons, and make note of the numerous statements given to accompany the positive aura, the direct flash, the direct command, etc. Then from within your own mind, the denial of these statements (if they are projected by another person), and you will find that you possess instinctively the power to frame such statements of denial, easily. Practice a little, imagining that another person is hurling these flashes or commands at you, and that you are interposing the shield of denial in each case. You will be surprised, and delighted, to realize how easily you can repel the strongest of these assaults. You may then begin to practice by throwing yourself into the presence and company of the strongest magnetic persons you know, and then see how easily you can repel their power – and how free, calm and serene you now feel in their presence.

There are two things to be remembered in this connection – I have already told you them, but it is well to repeat them in order to fix them firmly in your mind. I ask you to consider them in the following paragraphs.

In the first place, as I have told you, this defensive process merely enables you to throw off and render yourself immune from the aggressive magnetism of others – it does not enable you to master them or to compel them to do your bidding. In order to accomplish the latter, you must beat down the guard of the other person; protect yourself at the same time; and then carry the day by a direct magnetic assault upon him. You can do these things if he fights you with the weapons of aggressive magnetism only, but if he DENY your power, he is immune, and you cannot affect him; just as if you DENY his power, you are immune – in case both DENY, then the battle is drawn, and neither win. The Denial is not a weapon of aggressiveness – it is merely the shield of defense. Remember this! Of course, if you use both shield and sword, you will have a double advantage, providing he does not also use the shield. For if you can repel his magnetism, and at the same time use your own – then he is at your mercy. But if he knows enough to also use his shield – then the battle will be drawn, and neither will win a decided victory. Do you catch the idea? Think over it until it is plain to you.

The second point I wish to impress upon you, in this connection, is the fact, already stated by me, that you do not actually destroy or weaken the other person’s magnetism, by the use of the shield of denial. His magnetism remains just as strong, and just as much in evidence, as if you did not use the shield – the only difference being that by using it you render his weapons powerless against you, or those you may wish to protect; and thus create immunity for yourself, and your protégés, by interposing the shield of defense. But you do not impair the power of the other person against others whom you do not directly shelter behind your shield. Do you get this point? Think over it until you get it clearly.

When you repel the magnetism of one of the persons who have been using it without knowing the nature of his power (and there are many who so use it – the majority of persons, in fact) you will be amused to see how “broken up” such a person becomes. He will become bewildered at his failure to influence and affect you, and will often become embarrassed and, in some cases, actually entangled in the currents of his own magnetism. It may even happen (it often does, really) that such a person will become so confused by his apparent loss of power, that he will lose his assurance and consequently his ability to attack. In such cases, he becomes an easy subject for a magnetic rush or broadside on your own part, which will quickly drive him into a disastrous retreat. Of course, if he has a scientific knowledge of the subject, he will not be so taken off guard, but, recognizing your knowledge and power, he will pass it off with a smile, and relinquish the attack.

And, now, good student, we part company for the present. I am glad to have had the honor of giving you this instruction, in these lessons, and I trust that you will so conduct yourself that you will be a creditable pupil of mine, and do me honor by your accomplishments and attainments. I have supplied you with the weapons of both aggressive and also of defensive personal magnetism, and have taught you how to employ both of them so as to get the best results. It is now “up to you” to make the best use of these weapons, according to the rule and principles which I have laid down for your guidance.

In parting, I wish to again impress two important rules upon you, and these are:

(1) Practice, practice, practice, until you have every detail of the instruction so well learned, and so fixed by habit, that you can and will use them instinctively, just as you now walk, or breathe, or speak.

(2) Keep your own secrets, and do not dissipate and scatter your influence by hinting of your secrets of your power over others. There are many good reasons for this rule – some reasons that do not appear on the surface, by the way. Remember the old Italian proverb: “Il bocca chiusa, non c’entra mosca” – that is to say: “Into the closed mouth, no flies enter.” Heed the spirit of the proverb.

Au revoir, my magnetic friends – we shall meet again, in due time.