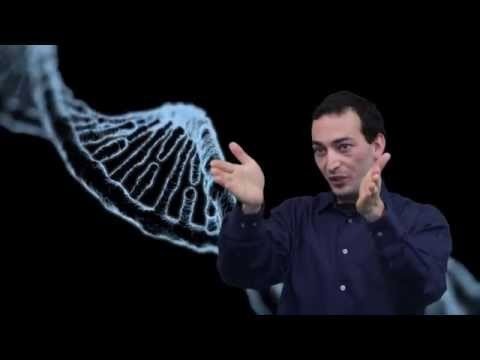 Though previous research could locate your DNA to within 700km, this new “satellite-like? navigation system can pinpoint your origins worldwide, down to the exact village and island of your ancestors.

It can even find where your DNA got mixed when populations interbred and made new gene pools; like when the Vikings invaded Britain and Europe (Viking-Anglo-Saxon gene pool).

It could also help forensic science in the study of populations which have unclear origins like African Americans, Roma gypsies and European Jews.

“What we have discovered here at the University of Sheffield is a way to find not where you were born ? as you have that information on your passport ? but where your DNA was formed up to 1,000 years ago by modeling these admixture processes.

“What is remarkable is that, we can do this so accurately that we can locate the village where your ancestors lived hundreds and hundreds of years ago ? until now this has never been possible.”

To demonstrate how accurate GPS predictions are, Dr Elhaik and his colleagues analyzed data from 10 villages in Sardinia and over 20 islands in Oceania

The research published May 1, 2014 in the journal, Nature Communications analyzed data from 10 villages in Sardinia and over 20 islands in Oceania. Dr Elhaik and his team were able to place a quarter of the residents in Sardinia directly to their home village and most of the remaining residents within 50km of their village and 90 percent of the Oceanians to their exact island.

“This is a significant improvement compared to the alternative SPA tool that placed Oceanians in India,” said Elhaik.

“This technique also means that we can no longer easily classify people’s ethnic identities with one single label. It is impossible for any of us to tick one box on a form such as White British or African as we are much complex models with our own unique identities. The notion of races is simply not plausible.”

“Anyone who has had their DNA genotyped (an estimated one million people in the USA) can upload their results and use GPS to find their ancestral home.”

The researchers believe this screening will be very important for medical studies in genetic predisposition to diseases and selecting therapies and drug dosages for specific genotypes.

To help people find their roots, the researchers have developed a website making DNA tracking available to the public.

Since quite few people are interested in this service and have emailed questions. I believe the correct course of action would be to go directly to their website and submit a ticket in their support center. The article is simply a short announcement of the news released by the University of Sheffield. Below are a few examples of the questions answered in their FAQ.

Geographic Population Structure (GPS) is a biogeographic tool that analyzes your autosomal DNA data and predicts your most recent geographical origin with a resolution of up to 1,000 years. This origin may be the village, city, or country where your DNA was formed by the combination of several gene pools. GPS does not use Mitochondrial or Y chromosomal haplogroups because they provide a limited geographical resolution of the past 15,000-20,000 years.

How accurate is GPS compared to other biogeographical tools like SPA?

GPS is the most accurate biogeographical tool. Elhaik et al. (2014), compared GPS to the alternative SPA tool and showed that 98% of the times, SPA returned incorrect results. PCA is another popular tool for biogeography, but its accuracy is even less than that of SPA.

Why GPS’ reported origin does not fit with my family?s history?

Your parents may be from two different places, in which case GPS will position you in the middle. Alternatively, your family history may be incomplete. First, try to use more dense datasets and see if the results change. If not, this is when you need to call your relatives and family friends with questions. Try asking them which languages their parents spoke, which traditions they had, and what could possibly connect you to the region that GPS reported.