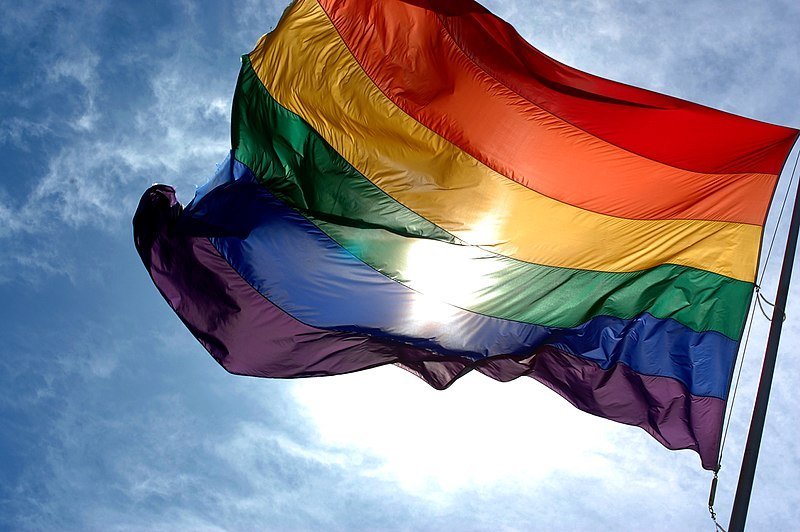 The Rainbow Flag blanketed Fifth Avenue in NYC today with stripes of color. Against the multitudinous grey tones of New York City, the colorful flag stuck out more than the parade, the participant’s colorful floats and costumes combined.

Though the diversity of orientation, profession, political stance and music stood out in hand-held banners, megaphone shouts and booming music; diversity of creative and artistic expression (so often a major part of the parades of the past) was sorely missing.

If one examines the history of the Rainbow Flag itself, one finds colors are also currently “missing” as well. The original eight-stripe version of the flag designed by Gilbert Baker in 1978 had the following colors and associative meanings:

In 1978-1979 the hot pink (sexuality stripe) was removed because of fabric unavailability. Interesting symbolism to note. 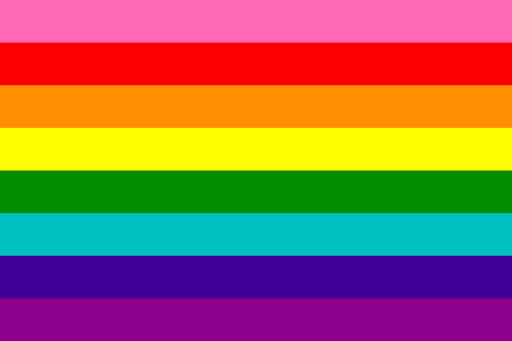 In 2001 during the height of the AIDS epidemic, a black stripe was sometimes added that would be later removed if a cure for AIDS was found:

Finally, the turquoise (serenity-harmony) stripe was removed and indigo changed to royal blue (merging blue and indigo), simply so that it could fit to lampposts when hanging the flag vertically. 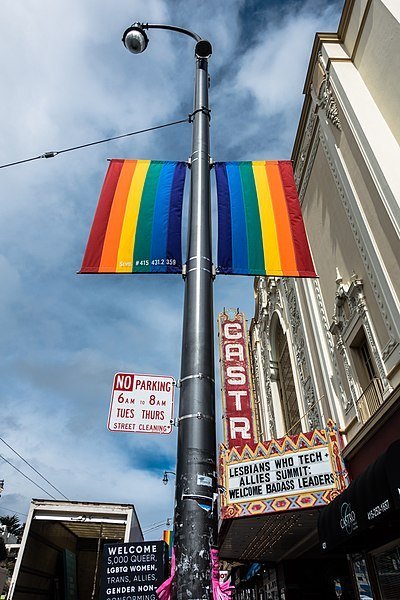 A photo by Billie Ward

So, serenity and harmony are lost for something so frivolous as it’s size’s capability of fitting into a structure of the past (the lampposts). Was Gay Pride too big a concept for our societal structures?

Serenity and harmony were definitely drowned out today by weary-of-the-wait shouts for the gay community’s long deserved rights. The indigo stripe of the flag still lost in the fight with the lamppost (city, state and country structures.)

If the indigo returns and new lampposts (laws) are put into effect, will the blue (magic and art) and the pink (sexuality) return to the parade?