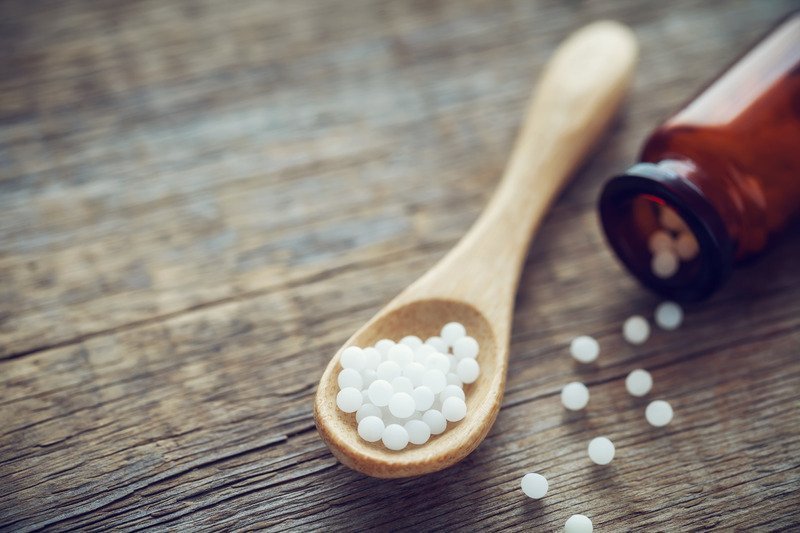 Most of us have recently been avoiding people sneezing on the street, washing our hands more frequently and taking extra vitamin C to defend ourselves against catching Swine flu. Though the CDC recommends Tamiflu or Relenza, there are a few Homeopathic remedies that have been very effective during all the major flu epidemics.

“In the 1918 flu pandemic homeopaths reported around 1% mortality in their cases, while conventional doctors were losing 30% of their patients. “

Homoeopathy can be traced back to ancient times when Hippocrates found that he could cure vomiting in a sick person with an herb that actually induces vomiting in a healthy person.

In later years, a German scientist and chemist, Hahnemann, rediscovered the same process when he found an herb that cured malaria in a sick person actually caused malaria-like symptoms in a healthy person. Homoeopathy restores the body’s innate healing abilities; almost in the same way, a vaccine stimulates our immune system.

“Each person has their own “species” of an illness.” One’s specific symptoms are unique; pointing to the way “your” body deals with illness, and may be different from person to person. So, the symptoms are not suppressed (like most modern over-the-counter medicines are fashioned to do), but rather, Homeopathy stimulates your body’s defenses by giving you nano doses of substances that would cause those symptoms in a healthy person. Essentially, supporting the theory that “like cures like,” or as stated above, how our vaccines stimulate our body’s innate defense mechanisms.

From the foremost historian of Homeopathy, Julian Winston:

The most common remedy used was Gelsemium, with occasional cases needing Bryonia and Eupatorium reported. Dr. Herbert A. Roberts from Derby, CT, said that 30 physicians in Connecticut responded to his request for data. They reported 6,602 cases with 55 deaths, which is less than 1%. Dr. Roberts was working as a physician on a troop ship during WWI. He had 81 cases of flu on the way over to Europe. He reported, “All recovered and were landed. Every man received homeopathic treatment. One ship lost 31 on the way.”

According to some Homeopath sources, the first method is to take Oscillococcinum (Anas Barbariae), a homoeopathic medicine that is manufactured from wild duck heart and liver, which are said to be reservoirs for influenza viruses.

This medicine is sold by the company Boiron, over-the-counter in most pharmacies and is very effective as long as it’s used within the first 48 hours of getting flu symptoms.

If you know you have been exposed to the flu virus it can also be taken as a preventive measure.

The dosage for adult and children 2 years of age and older is one tube every 6 hours up to three times a day.

If the symptoms haven’t subsided within 24-48 hours the next course of action is to find that “more specific” to your constitution remedy.

Early stages of cold and flu

1.  Aconitum Napellus: For sneezing and runny nose, and the sudden onset of a cold and for sore throat.

2. Belladonna: For serious symptoms of cold, flu, infection and sore throat that come on suddenly.

3. Ferrum phosphoricum: For people with a weak immune system. Cold and flu symptoms are not vague but uncomfortable. There might be a slight earache, running nose and a mild sore throat.

4. Gelsemium : For fatigue and a generalized heavy, weak feeling pervading the person, even leading to trembling of individual parts and to having heavy, half-open eyelids. These people tend to have little or no thirst, can experience chills up and down their spine, and have a headache in the back part of their head.

For the mid-stage of a cold or flu:

1.  Allium Cepa: For profuse nasal discharge, red eyes, and if the discharge is burning and irritating the nostrils.

3. Natrum Muriaticum: Person has a thick, clear fluid discharge that resembles a raw egg white. Lips are dry and cracked with cold sores on the side or outside of the mouth.

4. Bryonia: For body aches during the flu that are aggravated by any type of motion suggest the need for this remedy. Generally, these people also have a headache in the front part of their head which is also aggravated by motion. People with the flu who are very irritable and insist upon being left alone tend to benefit from this remedy.

Influenzinum: If the symptoms linger on after the flu, give a single dose of this remedy in the 30th or 200th potency.

Generally, you don’t have to go crazy trying to find all these remedies and buy them separately, though it would generally be better if a trained Homeopath finds your constitutional remedy and prescribes the correct dosages and combinations.

Most of these remedies are packaged by Hylands and Boiron as composite remedies and are package in adult and child dosages. There are even dissolving strips for kids.

This article is informative and is not to be taken as medical advice. Contact your doctor or allopathic doctor before taking any medication, if symptoms worsen or persist or if you have any doubts as to whether these remedies are correct for your specific illness.

U.S. National Library of Medicine and the National Institutes of Health

Homeopathy: from Hahnemann to the present. Tamaccio A. Department of Science and Mathematics, University of La Verne, Athens, Greece.

The New York School of Homeopathy is one of the oldest and largest homeopathy schools in the United States and has been educating homeopaths since 1990. We are the only homeopathy school in New York City to offer a four-year diploma program.

Article Name
Swine Flu Cure Used During 1918 Flu Pandemic
Description
"In the 1918 flu pandemic homeopaths reported around 1% mortality in their cases, while conventional doctors were losing 30% of their patients.
34
SHARES
ShareTweet