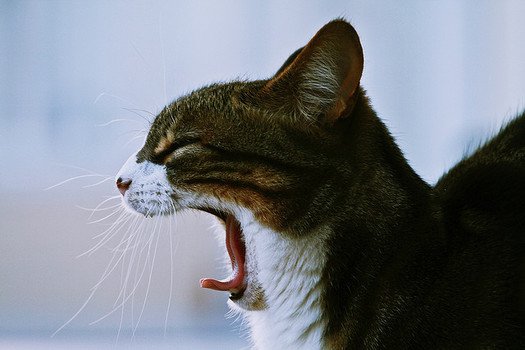 Why we yawn is pretty much a mystery. Some studies associate it with stretching and penile erection in humans and animals. There is also the mistaken belief it modifies our oxygen and carbon dioxide levels in the blood, which surprisingly, it does not. We yawn before going to sleep, when we wake up, when we are bored or under stress, so what gives? Why do we yawn?

In the study, “A thermal window for yawning in humans: Yawning as a Brain Cooling Mechanism? published in Physiology & Behavior, lead researcher Psychologist Andrew Gallup says that brain temperature fluctuates when we are stressed, sleeping or waking and yawning balances the temperature.

Jorg Massen and Kim Dusch of the University of Vienna measured how often pedestrians spontaneously and contagiously yawned outdoors in Vienna, Austria, during both the winter and summer months, and then compared these results to an identical study conducted earlier in hot dry climate of Arizona, USA. Then they asked the pedestrians to view a series of images of people yawning, and had to report on their own yawning behavior.

The results showed that people in Vienna yawned more in summer than in winter, and people in Arizona yawned more in winter than in summer. It wasn’t the seasons or the amount of daylight hours that mattered, but yawning it appears was constrained to a specific thermal zone around 20o C. In contrast, people yawned less when temperatures were relatively high at around 37o C in the summer in Arizona or freezing in the winter in Vienna. Jorg Massen explained that when temperatures are as hot as the body, yawning may not be necessary and may even be harmful when it is freezing outside.

The discovery adds to the accumulating research on yawning. Since yawning cools the brain and therefore makes it function better, more awake and more efficient, this could explain a bit of the mystery behind why yawning is contagious as well. The authors suggest that yawning may be contagious because by spreading from one person to another it can wake up an entire group of people at once. Maybe teachers should start yawning in class.