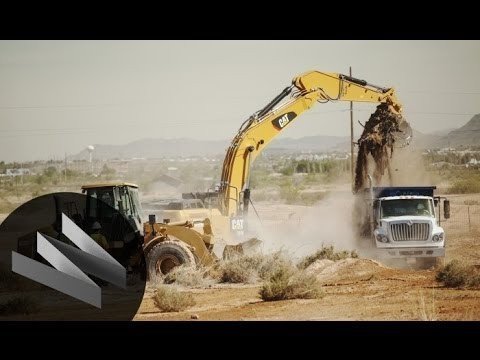 An urban legend has come to a close. According to Reuters, just before 1 p.m. on Saturday, April 26, 2014, Canadian film production company, Fuel Industries who obtained permission from the City Commission of Alamogordo, New Mexico to excavate a landfill for the purpose of filming a documentary, unearthed hundreds of the E.T. game cartridges, along with boxes, other games and Atari hardware.

According to reports in 1983, between 10 and 20 semi-trailer trucks filled with unsold, inoperable, and prototype Atari hardware and software were dispatched from an El Paso, Texas storehouse to a landfill in Alamogordo. The cargo was reportedly dumped, crushed, and encased in concrete.

Urban legends state that the film-licensed game E.T. comprised a significant chunk of the dumped material. Some say that the game was one of the worst games of all time and played a role in Atari, Inc.’s decision to close and split its assets in 1984.

The approximate size of the dig site at an old Alamogordo landfill measures 150 feet by 150 feet off the city’s main commercial street.

To help with the excavation, he enlisted assistant professor in the Department of History at the University of North Dakota and archaeologist Bill Caraher, a specialist in medieval Christian architecture and former Atari 2600 owner.

“For a lot of people, it’s something that they’ve wondered about and it’s been rumored and talked about for 30 years, and they just want an answer,” said Zak Penn, the film’s director.

“I don’t know how much people would pay for a broken ET game, but as a piece of history, it has a much different value,” Penn said.

The legend is also the basis for the upcoming independent film Angry Video Game Nerd: The Movie in which the eponymous Nerd (played by James Rolfe, who is also the creator of the character of the same name) seeks to learn whether or not the legend is true while attempting to avoid capture by government agents who think he’s looking for evidence both of actual ETs as well as confirmation that Area 51 is used for alien study.