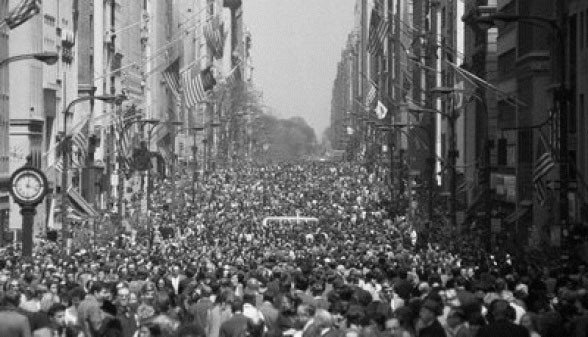 Before the 1970s, there were no regulations protecting the environment. It was perfectly legal for a factory to dump toxic waste into streams and spew toxic fumes in the air.

In 1962, Rachel Carson, a renowned biologist and nature writer, published “Silent Spring”, a work against the spraying of DDT and other pesticides. She believed their use created the widespread devastation of bird and animal populations, and for this was credited with giving the environmental movement, scientific support.

Wisconsin’s Gaylord Nelson whose reputation as “the Conservation Governor” started popular reforms in Wisconsin to clean up waterways, protect natural resources, create green jobs, and bolster the state’s recreation infrastructure. After being elected to the U.S. Senate in 1962, he spent 7 years trying unsuccessfully to draw the attention of lawmakers to his environmental agenda.

However, beyond Capitol Hill, Americans increasingly had concerns about smog, pesticides, and water pollution. The percentage of citizens who cited cleaning up air and water as one of their top three political priorities rose from 17 percent in 1965 to 53 percent in 1970. It was after touring the 1969 Santa Barbara oil spill, that Nelson read an article about recent popular teach-ins held on college campuses. The format struck him as a promising way to communicate this growing public concern to elected officials in Washington D.C.

Separate teach-ins were already planned at San Jose State, Dickinson College (Pennsylvania), and the University of Michigan?Nelson attempted to unite these efforts and then extend them beyond the college campus the day he announced his intentions at a speech in Seattle on September 20, 1969. Several major media outlets immediately broadcast the idea to national audiences.

Nelson set up an independent organization, Environmental Teach-In, Inc., led by Denis Hayes, a student activist, to handle a flood of requests from citizens for more information.

In the winter of 1969?1970, a group of students met at Columbia University where Denis Hayes talked about Earth Day. In the group were Fred Kent, Pete Grannis, and Kristin and William Hubbard. They all agreed to head up the New York City part of the national movement.

Mayor John Lindsay agreed to shut down Fifth Avenue and made Central Park available for Earth Day. The event was hosted by environmentalist Ira Einhorn, and drew a crowd of more than one million. Manhattan was then the home of NBC, CBS, ABC, The New York Times, Time, and Newsweek, and provided the movement with the best national media exposure. Nelson also took out a full-page ad in The New York Times in January of 1970, announcing that Earth Day would take place on Wednesday, April 22.

Nelson wanted the first Earth Day’s activities to be organized by individuals and groups in their own communities at a local level and not by Washington. This grassroots approach resulted in 1 in 10 Americans participating in the first Earth Day and attracted a lot of attention from media.

About 20 million Americans from 10,000 elementary and high schools, 2,000 colleges, and over 1,000 communities, labor union members, housewives, farmers, scientists, and politicians of all parties took action on April 22, 1970.

The events spanned small high-school assemblies to the hundred-thousand participants who created a “human jam? on New York’s Fifth Avenue and an open-air carnival in New York City’s Union Square. Tens of thousands gathered in Fairmont Park in Philadelphia. Colleges across the nation held teach-ins, such as Pittsburgh or Ann Arbor, making Earth Day into a several-day event.

Looking back on what the first Earth Day accomplished, Nelson said: “A new movement had begun, and uncounted millions?students, laborers, farmers, housewives, politicians, professional people, liberals and conservatives?who might have found it difficult to find common agreement on any other subject, were gathering together in a massive educational effort to talk about survival and the quality of survival in a world they all share.”

“Throughout his life Nelson remained modest about his own contribution but was extremely proud of the nation’s response.?

“Earth Day worked because of the spontaneous response at the grassroots level. We had neither the time not the resources to organize the 20 million demonstrators who participated from thousands of schools and local communities. That was the remarkable thing about Earth Day. It organized itself.”

There were though, some anti-war protesters who felt ignored as they watched pollution displace the Vietnam War in newspapers and campus events. Others on the left complained to Nelson that environmentalists were not targeting the deeper economic structures responsible for pollution. Some elected officials, influenced by the anti-communist John Birch Society, wondered aloud if it was mere coincidence that the event’s date fell on the birthday of Russian revolutionary Vladimir Lenin.

Conservatives spoke out against the environmentalists’ goal to increase public spending and government regulation for the environment. Even those who endorsed Earth Day, like the mayor of Gary, Indiana, worried that the new movement would “distract the nation from the human problems of the black and brown American.”

But no matter the controversy, in the months following that first grassroots event, Congress authorized the creation of a new federal agency to tackle environmental issues, the U.S. Environmental Protection Agency and the Endangered Species Act, the Clean Air Act, the Safe Drinking Water Act and dozens of other landmark pieces of legislation were passed.

In 1990, Earth Day went global as an international event and is celebrated in more than 192 countries each year.

Today the Earth Day Network has reached over a billion “acts of green” in the largest environmental service campaign in the world.

Earth Day Network launched the campaign in 2010, Earth Day’s 40th anniversary, with the goal of registering one billion actions in advance of the United Nations Conference on Sustainable Development (Rio+20) in June 2012. 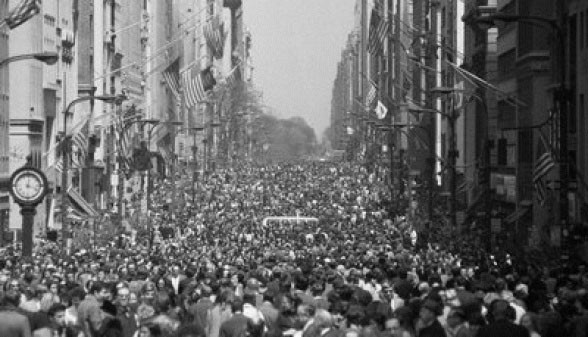 Article Name
Earth Day: April 22, 1970 and the birth of the environmental movement
Description
Before the 1970s, there were no regulations protecting the environment. It was perfectly legal for a factory to dump toxic waste into streams and spew toxic fumes in the air.
Author
Tima Vlasto
Publisher Name
Cool Wisdom Books
50
SHARES
ShareTweet